Back in 1958, there were two albums that eventually became almost test records for stereo systems:
a. “Music for Boom Baroom and Harp”
b. “Musically Mad”

I bought the former in SACD this week. It is the clearest best resolving CD that I own. Especially the final cut “Typee”

“Musically Mad” appears to be available in LP (and I may already own it). It was intended as more of a novelty recording, but as I recall, it was an incredible recording.

Looks as if one can get them on Tidal… 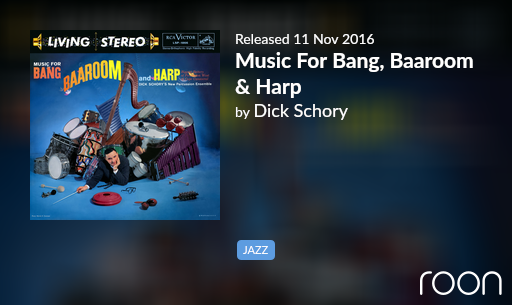 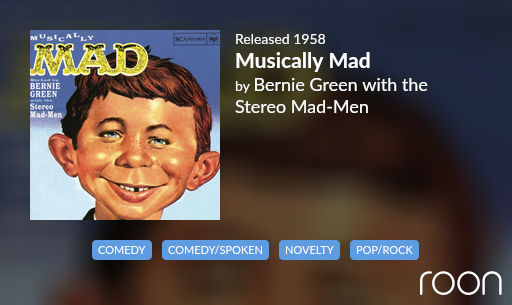 (I do not have Tidal and did not see them in Qobuz, but) We were very surprised by the Music for Bang…on SACD. It is amazing resolution. I recall some of Musically Mad from many years ago and while it was a “silly” conglomeration, it was also very amazing. If I could find the SACD of it, I would purchase it as well.

In another thread, I asked if anyone had specific files that they felt were the best sound on their system. For us, Music for Bang…is just that. As far as musical content…it is not our interest area and we consider it our best test “record” at this time.