Hi everyone, was wondering if I could have some support!

I have a Dylan bootleg that contains two different concerts from 1975 in it. I like to have an album per concert so in Metadatics I split the files into two albums but in Roon they are still considered as part of one album, even though the metadata has been changed. Two screenshots have been attached.

Any advice would be much appreciated! 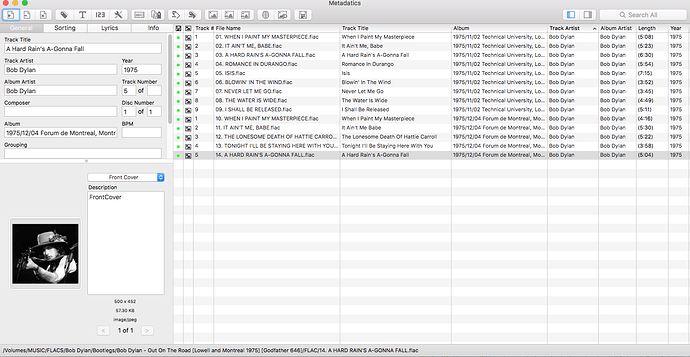 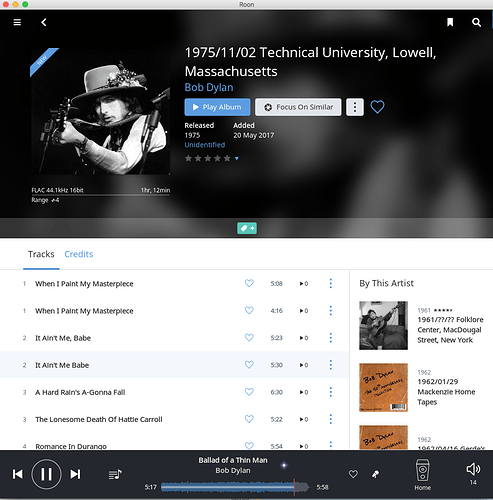 Still, the album titles are different, so I’m surprised these were “clumped” into a single album. Are the files all in a single folder together?

Anyway, you should be able to fix this in Roon by clicking Edit (under the “3 dots”) and then clicking “Fix Track Grouping”. Just remove the tracks from the second concept and save.

Hi Mike, thanks for getting back to me. Yes the tracks are from one album and file that contains two concerts. It appears that all tracks are being read as being from the same album. So now I’ve removed the problem tracks to a new folder which has worked!

Saying that, I’d like to avoid doing that too much, do you have any idea if this a problem on Roon’s end?