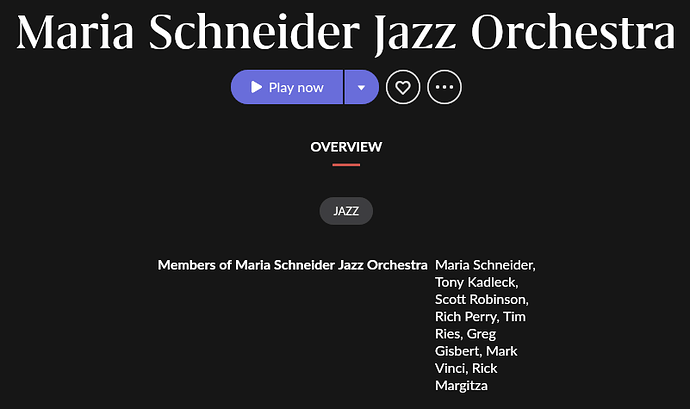 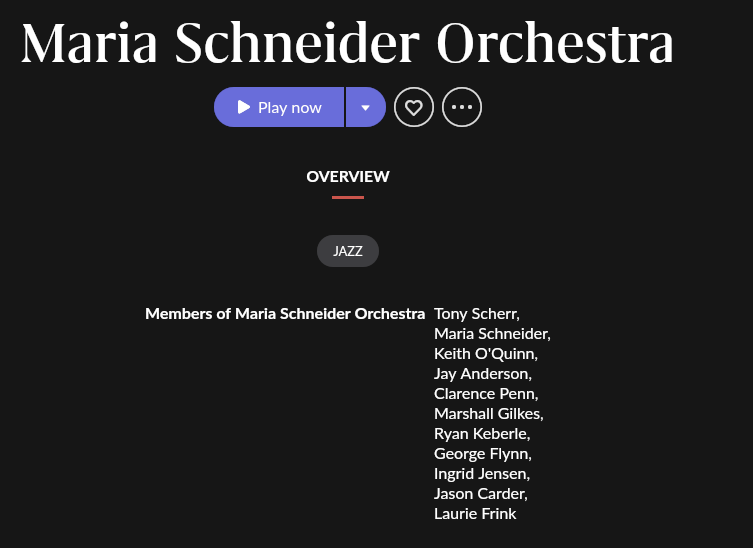 i think these should be the same thing:

Surely the source of the problem is that Schneider uses different names for her ensembles on different releases. Based on the album covers in my collection I have:

I think it fair to say that her early releases were Jazz Orchestra, but more recently she has used just Orchestra. I could probably spin some tale about how that change of title reflects changes in her conception of her music, but I’ll spare you. But would note that the composition of the ensemble, whether Orchestra or Jazz Orchestra is different on every release, so the two really aren’t the same; but even the two instances of the Jazz Orchestra aren’t the same. I don’t know why roon or their metadata source attempts to list the participants in either given that they vary so much from release to release. (The personnel confusion is apparent in the first four entries of the Orchestra: Tony Scherr and Jay Anderson are both bassists and never play on the same release. The lists are like listing everyoine who ever played in a Duke Ellington ensemble; a very long list but not really helpful.)

Give us 10 ore more of them, they are really good!

More on the subject, you can combine the artists in the interface.

A lot of the music from Data Lords is played live in this youtube composite: 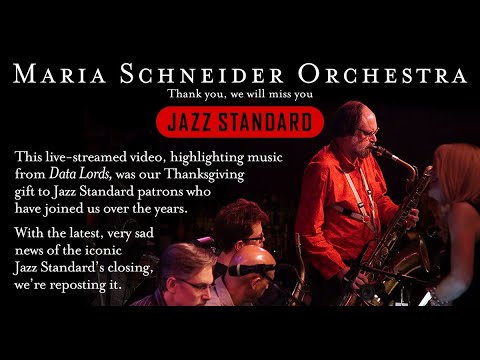