Why does Radio get such a large amount of space on the Now Playing screen, including an explanation?
There are other very useful functions that get only a button, with an icon, no text.
And it can’t be that Radio is difficult and needs an explanation, there are other hard-to-understand functions, like Transfer.
And we generally explain things with the hover circle.
And Radio is not difficult to understand, once it has been explained. 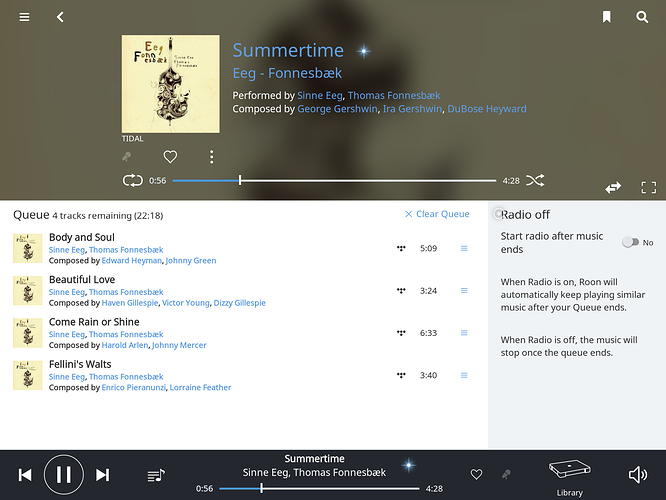 Might be addressed in the planned UI update Danny mentioned?

No I don’t know when it’s coming!