I can’t download the roon app on my brand new ipad mini 5 2019!
I had it installed before, erased it unintentionally and can’t reinstall it. I added the message from the app store to it. 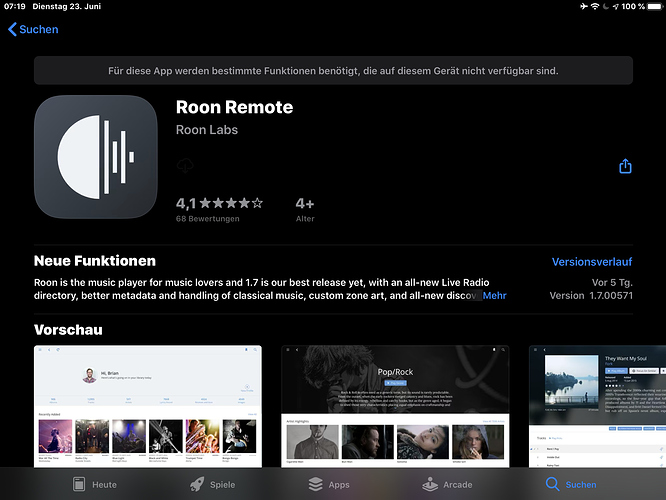 Ok! I tested it with my iPhone running latest beta. In the App Store there is the Same Statement. Roon App is Running flawlessly, but if I would erase it, I won’t be able to install it again

I always use Beta versions of iOS and never had this kind of issue before. My new iPad mini, mainly to be used as remote, is not usable unless I downgrade and lose my backup (which is bound to the iOS beta version

Thing is with beta releases, whilst everything usually works just fine, occasionally something breaks. I have seen someone else having issues with iOS 13.6 beta also. It’s the risk you take with running test versions of operating systems (or any other beta software).

I have moved this to the Tinkering section as it is not really a support issue given they do not guarantee the app to work with beta OS releases.