I purchased Boz Scaggs CD titled “The Essential Boz Scaggs”
Roon is unable to identify the cd or any tracks. Seems like such a popular CD. Why can’t Roon identify? Purchased from Amazon.

I brought your post into the Metadata section. Roon Support is looking into this and should be in touch very soon.

Hey @Paula_Dickerson — Thanks for reaching out!

So we can better assist you, may I ask that you please share a screenshot of this album in it’s storage location via File Exploer/Finder so we can see the structure there?

Additionally, can you complete screenshots of Settings > Library > Import Settings so we can verify what your current settings are?

Did you try to manually identify it? I saw this:

That entry has the right date for the Amazon CD. 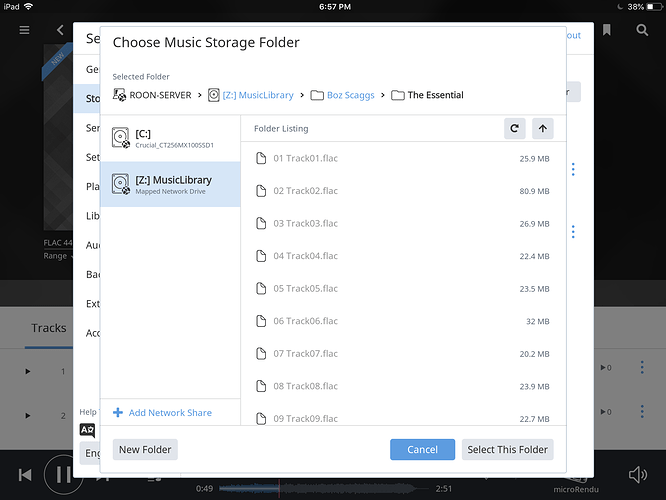 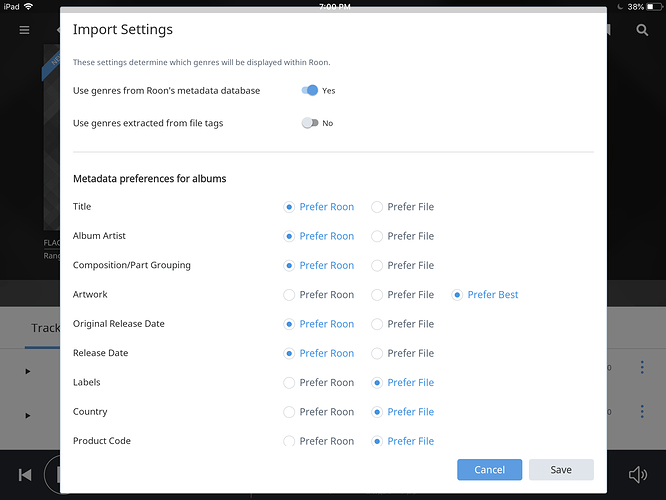 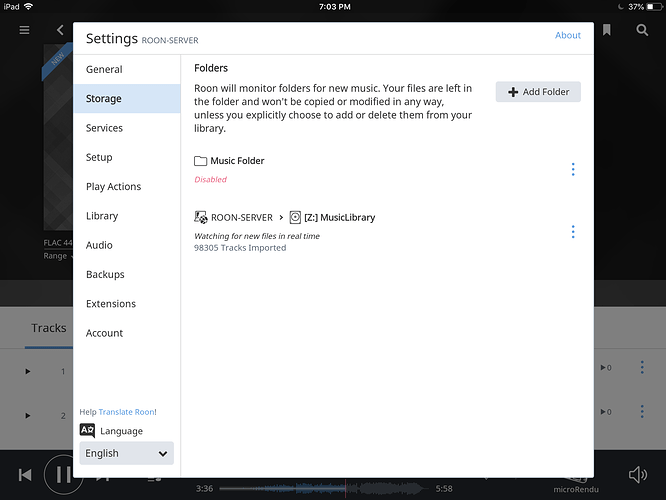 Scott - I tried to manual search before but did not find it. I used you search and it found it.

Support - before I saved the changes, I saw that when the CD was being imported Roon made 2 separate albums from the CD. This CD is 2 volumes, but I had only ripped the first one. So I used the manual merge feature to create a single album and retried the Identify Album (not manual) and it was able to find it.

Now I’ll rip the second one to the library and see what happens. I’ll report back. Glad I don’t have a large number to do.

Make sure the ripping software shows there are discs 1/2 and 2/2. After the rip, I usually create a single folder with the album name and put two folders in that folder, called “Disc1” and “Disc2”, inside that folder with the appropriate tracks in each “DiscX” folder. Roon seems to do a much better job with identifying albums correctly when I do that. Although Roon will still make mistakes identifying the album and I sometimes have to manually identify the album to get it right.

This is still not working after creating the multiple folders named Disk1 and Disk2. It keeps splitting the tracks into different albums.

I have tried to start this over clean a 3rd time, but this time it has left a orphan album I can’t remove. 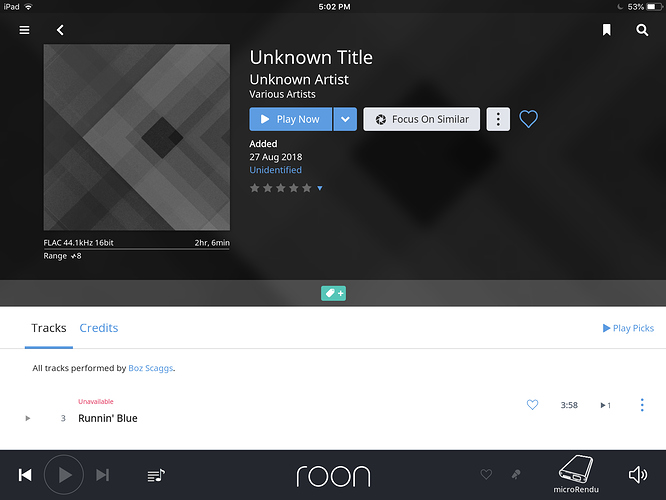 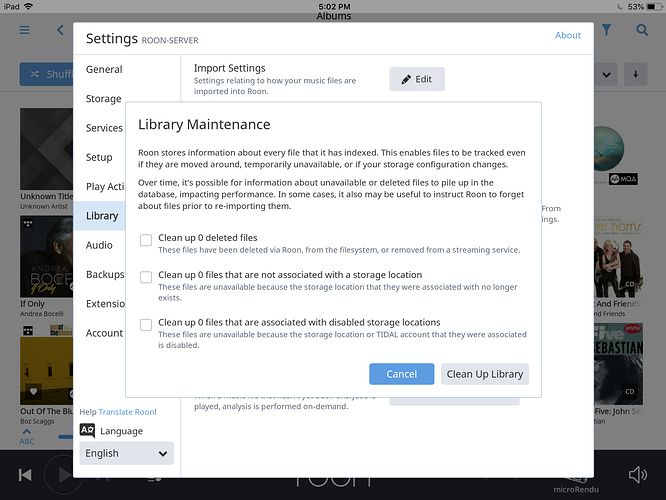 Did you make sure the CD was ripped with disc 1/2 and disc 2/2 set? This data is encoded in the tags for each track and I am fairly confident that Roon utilizes that information when it scans tracks.

Yes, I did set the number of disks to 2 and specified 1 when ripping the first CD. I’m using EAC to rip. A bit frustrating. I have about 3TB of music stored in folders by Artist/Album when I pointed Roon at that storage location. I never had this problem before. I ripped again and it looked like it was working and the Album just disappeared.

Support has not responded back, but you have at least provided some ideas. Thanks

Have you tried Merge Albums ?

Have you tried Merge Albums ?

Yes tried to merge as well just makes it worse.

Here’s the latest attempt. Looks like the metadata for this album is messed up.

When I strarted this last time I tried to delete the albums. When that did not work I hide them, but that just adds to the problem it seems.

I followed Scott’s steps above and ripped the first CD.
Here was the the results:
First screenshot looks right, but it also created another album again with corrupt files. The last screenshot is showing the album the 2 albums. 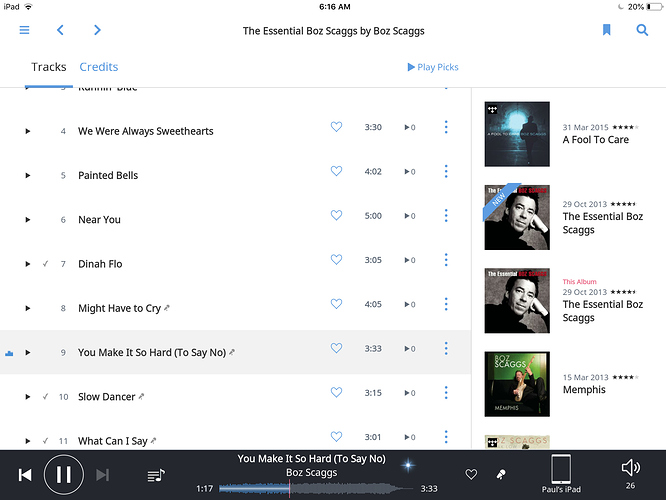 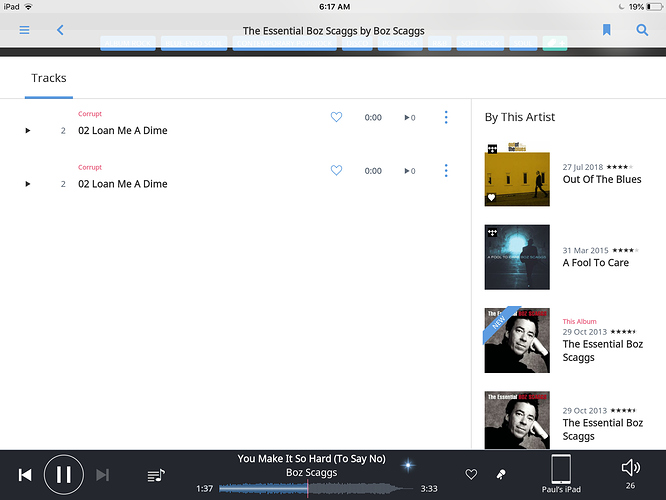 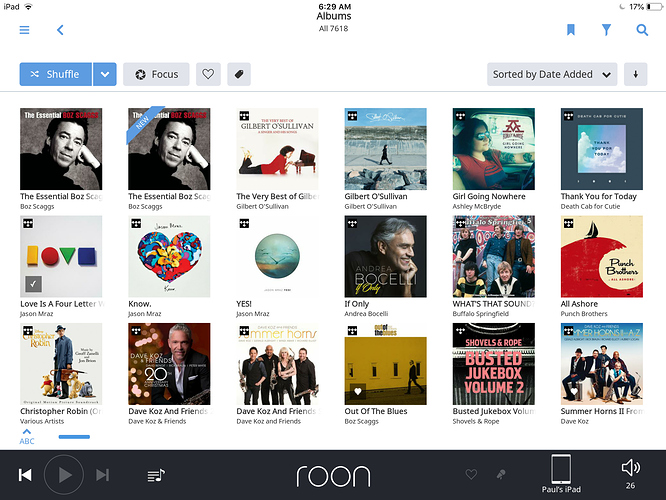 Thanks for the additional info here, @Paula_Dickerson.

So we can take a closer look for ourselves, would you mind sharing this album with us?

Ideally, you can zip up the entire folder (keeping the folder structure you have in place) and send me private message containing a shared dropbox link. If you don’t have Dropbox or need another way to send the media, just let me know.

Yes, I’ll send it. You can send back an album of your choice

Continuing on with this saga…

I ripped the second CD. I think this is the 3rd time now, I have not changed the process since Scott suggested putting the discs into separate folders. FWIW Roon discovered 3tb without separating discs into folders correctly. But I will acknowledge I did spend a few weeks merging discs together.

This time the CD correctly went into same album in the Disc 2 tab.yeah!
But I am still left with the orphan album with the 2 corrupt files.

Other than trims to hide the album is there any other way to fix this?

Added note - during this madness I ended up rebooting every piece of equipment + flushing cache. There looks like a BUG when you do this. Afterwards a large number of the images from both Tidal and my library no longer displayed. My iPhone worked fine so I uninstalled the iPad Roon app and that fixed the image problem. 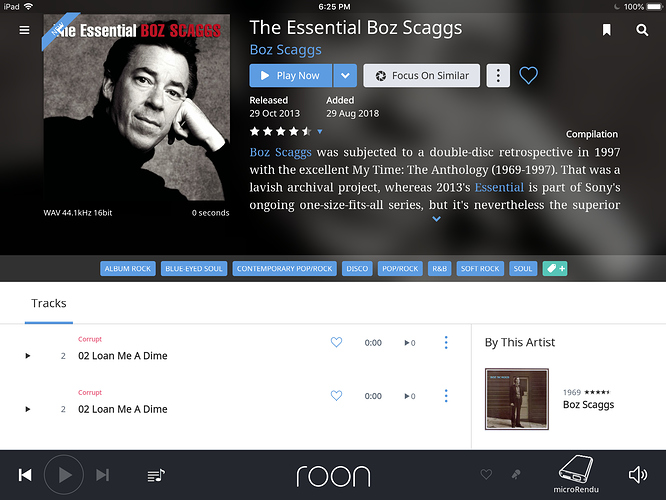 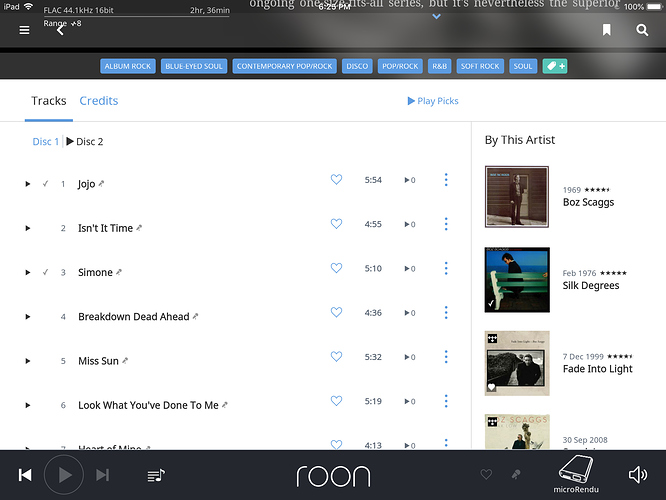