Hello to all,
I have an unidentified CD and although I tagged the “Album Artist” and " Artist" for all the tracks in the same way, as you can see from the picture below: 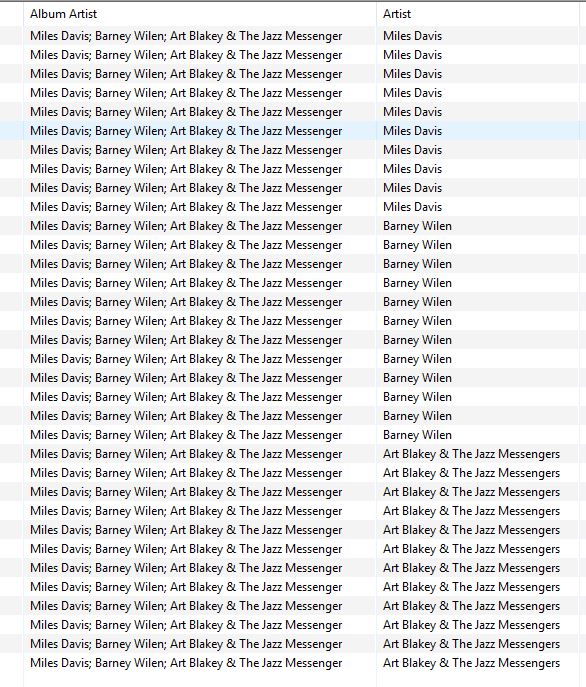 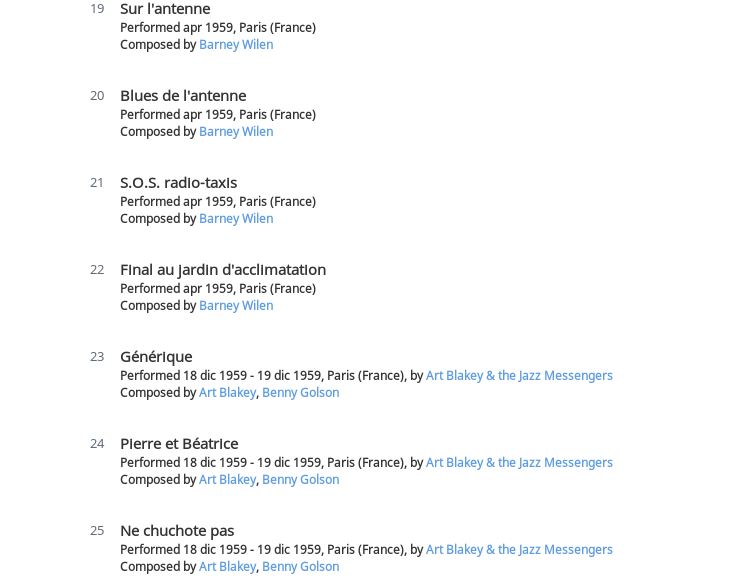 What can be the cause of this strange behavior? Thank you all.

I noticed this phenomenon, too. I really would like to know the rules according to which the “Performed by” tag is shown.

In general, we only add the Performed By when the track Main Performer (from your ARTIST tag) is not also an album artist.

Please would you confirm whether or not “Messenger” has an “s” on the end in your ALBUMARTIST tags?

Ok, the problem was Messangers final ‘s’ missing in the Album Artists field.
But in cases like this CD where 3 different albums are assembled on one CD (3 album on 1 CD series), is there the possibility to list the three artists in the “Album Artists” field and the single artist of each album in the “Perormed By” field?

[quote]
is there the possibility to list the three artists in the “Album Artists” field and the single artist of each album in the “Performed By” field?
[/quote] In general, we deliberately do not provide mechanisms to “force” a particular presentation of metadata, not least because we change the UI periodically. Instead, we always urge people to aim for correct and non-conflicting metadata in file tags. But box-sets of existing albums can be difficult.

I’m guessing that your box-set is this one for which I don’t think we have any metadata. Please can you confirm that it is not identified by Roon?

From the information you have provided so far, you are treating this set both as a single album (because the track numbers go up to at least 25), but also as three different albums (because you are using the three album artists from the original albums).

As things stand, I think that you are getting this: 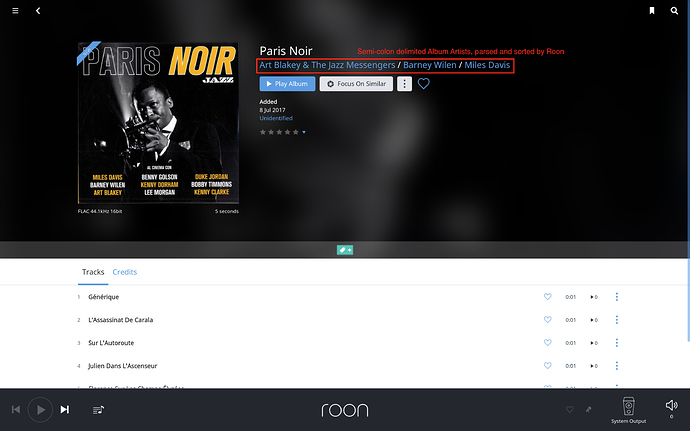 Assuming I guessed right, I think that there are two reasonable approaches which will work well with Roon:

The last point is important. I agree that, taken individually, the three original albums have the album artists named in your tags. However, this is not how the overall album is presented. There is a very clear album title, there are nine album artists of equal prominence, and the tracks are numbered from 1 to 34 on a single disc. As a single album, I believe the correct metadata should be the following, and I would argue that Discogs also has it wrong:

The simplest fix is to change all your ALBUMARTIST tag values to “Various Artists”. This should solve your problem immediately, but the album will appear under “Various Artists” in the album browser. It will still be completely searchable though. 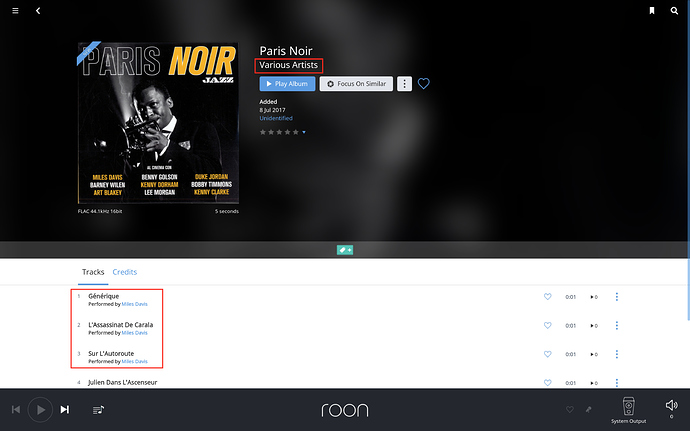 Another possibility (if you want to retain the album artist names) would be to replace the semi-colons in your ALBUMARTIST tags with commas. This will have the effect of making a “composite” Album Artist. The disadvantage here is that it creates a meaningless link to a fictitious artist. 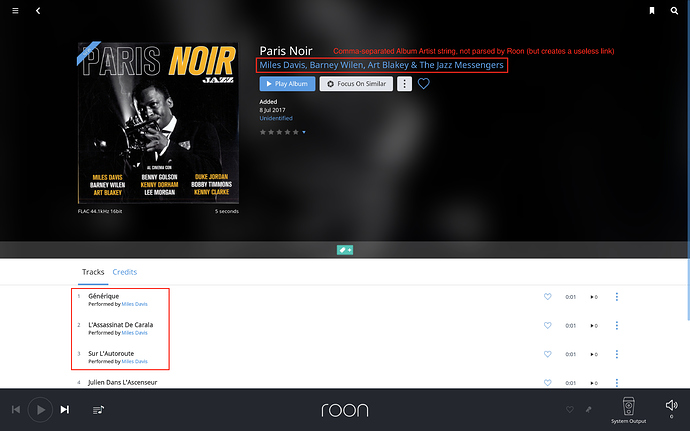 Your problem is, in fact, one which commonly affects classical albums with performances by different album artists. This is a problem that we’ve been discussing internally, but one where we have no resolution at this point.

We are also discussing how we can treat box-sets both as box-sets and as individual albums.

This was a long reply, but I hope that it helps!