Hi there,
I have got a question about the Matrix devices and the roon certified change from some months ago.
Short summary on setup: 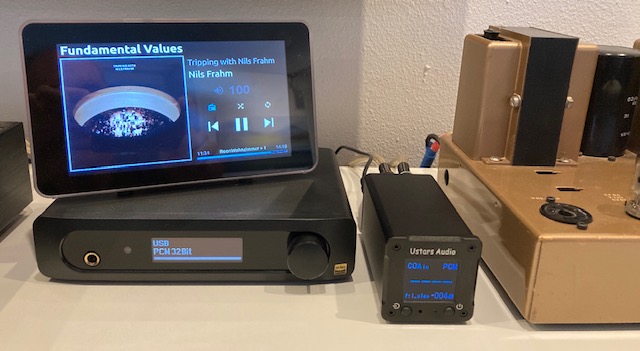 Why does the Matrix not work anymore?
It is easily recognized by Roon, ALSA chosen but when I want to play an album it simply jumps from title to title immediately.
Is this because of the change with “Roon certified” or just a coincident.
If it is because of the certified change, why do two cheap chinese DAC’s work on USB connected to the NUC and the Matrix DAC does not although using the same interface?
If something additional is used within the interface, can’t Roon just at least still use it maybe with a basic set until Matrix is qualified and certified?
I don’t know where the problem is (Matrix or Roon) but I assume that quite some people are feeling frustrated especially if they only have this one device and not like myself, where I can easily switch for the time being to another DAC, although I really miss the Matrix…

Hope to get some insight on the problem, or better a work around if the certification takes longer.
Thanks again, stay safe and have a great new year.
Klaus

s this because of the change with “Roon certified” or just a coincident.

Just a coincidence, I think. Roon Ready applied to network enabled DACs and Roon seeing and using the network interface. Even for affected DACs, USB connection was not at issue.

Some additional information might be helpful for the support technician:

How your DAC is connected, or what is the audio chain? I think from your description it is, ROCK > USB > Matrix > AMP? Have you tried a different USB cable, just in case?

What kind of content is skipping? (Local or streamed? And does it work one way and not the other?)

Does the issue happen if you use a Live Radio Station?

Thanks Daniel for your reply.
yes, thought as well that USB should not be affected, but I can’t get it running anymore.

Maybe I should test using the USB from one of the Roopiee’s but I do not want to dismount the HifiBerry DAC HAT. Not sure if I need to or can just reconfigure the Roopieee by disabling the HAT and enabling the USB, guess it should work.
thanks again
Klaus

Do you happen to have another PC running another OS, like Windows or MAC, that you could load Roon onto as a test, not loading any local music, and test like the Radio station and see if it skips. It certainly sounds like an interaction between ROCK and the Matix, but, another OS would help with additional data points.

Thanks Daniel for your reply.

No problemo! BTW, I am just another user like you giving you some options until Roon’s tech support engages.

Hi Daniel,
cool idea. Connected it to my Windows10 PC which runs the Roon GUI as well.
The Matrix DAC is directly detected in the “Audio” section and its supposed to use the WASAPI interface, but activating does not work

I am asked for a name, give it “matrix” or “test” and confirming with ENTER Roon even crashes.
Activating the build in NVIDIA sound card works though.
mhh, maybe something wrong with the USB interface of the DAC?
All other inputs work.

No problemo! BTW, I am just another user like you giving you some options until Roon’s tech support engages

That’s the nice thing on the community forum. Contribute with “your” knowledge and share idea’s.
thanks again and greatings from Germany
Klaus

Ok, some further testing with Windows showed the following.
Had to wait until “activation” of the audio device had been finished.

After that I could give it a name and switch to the device for listening.
BUT: still not working. On windows it is not skipping the titles of an album but showing the message
“Initialisation of audio device failed” (my translation from the German Windows message)
Have also checked if there is a new firmware for the device at Matrix website but seems there is nothing available.

tried to have it working via Mediaplayer from Windows.
Got the message, that a driver is required for windows.
Loaded that one, but also here DAC does not play.
Now Roon is not using the WASAPI driver but

With the message that the initialisation of the device failed.

Any other ideas for testing?

It does sound like the unit has an issue.

You might get in touch with Matrix and see if they have any ideas.

Leaving USB aside, can you use a different connection like Toslink and get it to work?

yep, further testing other inputs, which I should have done earlier, shows a generel defect.
The discussion about Matrix not being certified made me take the wrong conclusions.
Anyway I learned quite a few things about the Roon system.
Thanks again for your support
stay safe and all the best for 2021
Klaus