Anyone else have the same issue or how to resolve it? 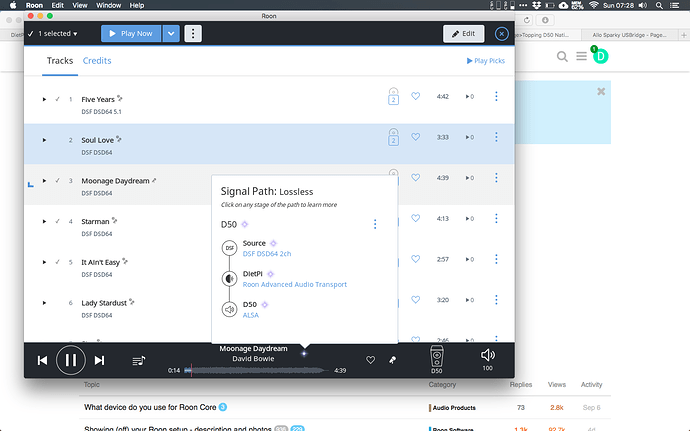 I don’t think native DSD is possible on the D50 unless using Windows ASIO drivers. Might be wrong.
The D50 works flawlessly including native DSD512 via my Windows mini fanless PC with Roon Bridge.
If you got it working, pls update as I would prefer a non windows Roon Bridge.

Native DSD works but as soon as you change the volume below 100 it just goes to static hiss. So you have to change volume manually through preamp.