Connected from PC to Cambridge Audio Stream Magic 6 via USB

The Issue I am having is that since updating to the latest Roon Core software, the Graphical user interface on the roon core has parts missing, these are sometimes artwork but also a lot of the menu buttons as well. I have tried logging out and back in and restarting the machine several times, but ot no avail.

When I connect to the Roon core using a remote IOS device (IPad Pro 12.9) all the artwork and menu buttons are displayed perfectly.

When I connect to the Roon core using another remote windows 10 machine there is the same problem of artwork and menu buttons missing.

I would be grateful for any help. 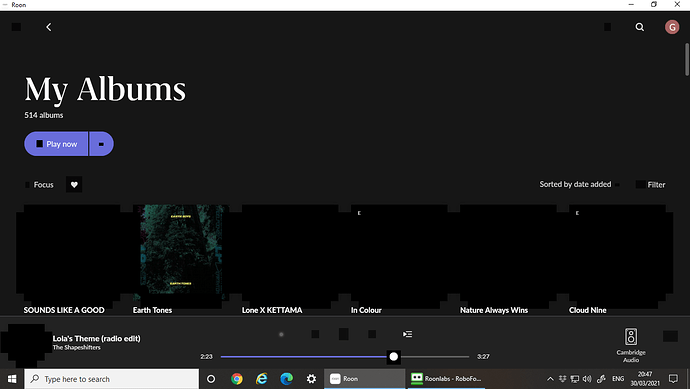 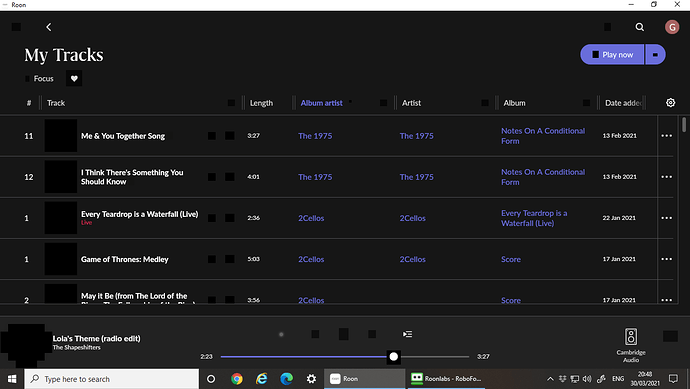 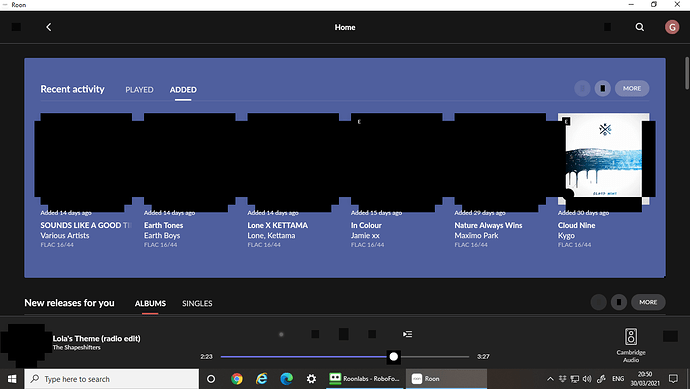 I have just had a software update to Roon Build 783 stable and it has fixed all the issues.

Make sure you grab build 783 (released yesterday), that should fix it for ya.

Hi everyone! We have a number of bug fixes going live today. Build 783 includes a fix for UI rendering issues we’ve heard about from users who run Roon on certain Intel GPUs. This release also includes fixes for the “white flash” many users have reported on iOS when running in dark mode, and for an issue causing missing albums on the Overview tab of the Artist page. We’ve also resolved an issue that was causing Roon to hang when scrolling through tag details. Thanks everyone for your patienc…