Seems like we were previously using just brackets [], but then at some point parens () were added as an additional denotation of album version?

Anyway, parens aren’t uncommon in album titles. And, in Roon, they clutter up the album view (bottom-right corner), and supercede other bracketed variant info in the album field.

Here are the tags I’m using: 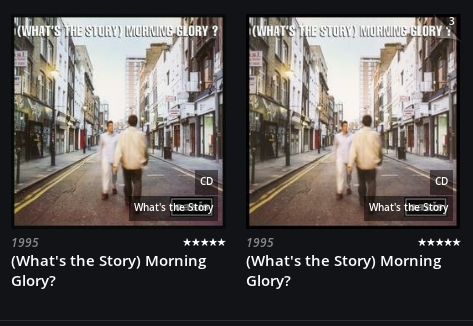 Can we remove parens from this equation and just use brackets?

I have exactly one album with this issue (by coincidence, it’s the OP’s example - great album), but have zillions (well, alright, hundreds) with annotated album titles using both brackets and parens.