Valence artwork- who approves the changes?

Twice I have attempted to correct the Avatar for the band Wet Leg, and twice the original incorrect crop has been restored. Below are screenshots showing (1) the incorrect crop and (2) a corrected suggestion. 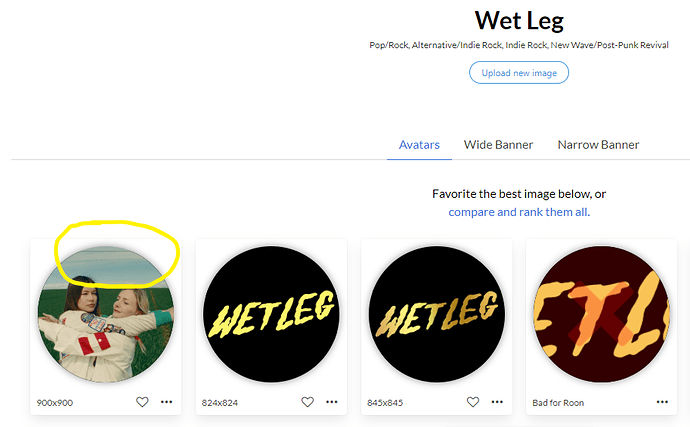 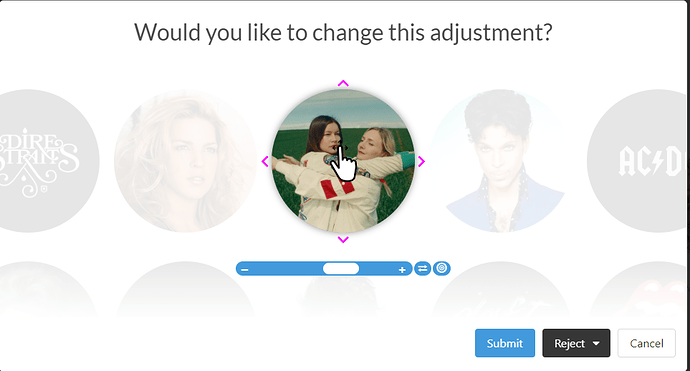 The incorrect crop is only slightly incorrect (out of picture boundary), but it is incorrect nonetheless. Does anybody know I should contact?

As far as I am aware it’s done on a voting system so more people like the one version over the other.

Which brings us directly to the unresolved issues/questions I raised in:

Some thoughts: I have the feeling that the current process is very shortsighted. Things will likely stabilize after a short period of time. How is it with future changes/additions? When things have become stable, who will even look into RVAD (Roon Valence Art Director)? Most users may not care enough or the pictures are good enough most users don’t care. The few with specific needs may look into RVAD and realize that they can’t fight the crowd for their specific need and use the local override…

No, I think you misunderstand. I’m asking who decides on the suitability of individual edits, not who decides which of the uploaded images is used. The latter is by vote, the former…???

All sorted. My suggestion has now replaced the incorrect crop.