So, to break with the harking, let’s laugh with fun Valence bugs…

You liked Celine Dion ? You love you a bit of Bruce Springsteen each time you shuffle British jazz ? This is for you.

My current favourite is Roon, and I’d suspect, Valence, recommending artists that I listen to a lot, and basing that recommendation on related artists I barely listen to, if at all.

My ‘Halloween 40th Anniversay’ soundtrack is categorised under the ‘Holiday’ genre WTF!

Today I was trying to play some Miami flavored Latin style pop.

The first attempt, starting radio from the Tropical genre, gave me a couple of interesting Brazilian artists, then proceeded to Los Lobos (ok, maybe), but later Buddy Miller (Nashville singer-songwriter), America, and finally Guns n Roses before I stopped it. The Mrs. laughed.

Trying again, I started radio from Gloria Estefan. The second song was Michael Jackson. Then a Whitney Houston dance song. Then Madonna. Then more Whitney Houston. (Apparently it thought I wanted disco. The Mrs. said “where’s Donna Summer when you need her?”) It got caught in a loop playing Whitney, Michael Jackson and Madonna, with a couple of Marc Anthony tracks appropriately thrown in.

I finally gave up and stopped it. The Mrs. said, and I am not making this up, “At least it didn’t play any Bruce Springsteen.”

I started radio from Gloria Estefan

This almost never ends well. Anything somewhat mainstream in the 70’s gives you the same cast of characters. Roon says the picks come based on the expertise of experts. In this case the expert is a 65 year old white guy with a lighter over his head yelling “Free Bird”!
For balance, I quite enjoy the variety of other genres. But 70’s Rock selections are pap.

In this case the expert is a 65 year old white guy with a lighter over his head yelling “Freebird”!

Too young to play with lighters then.

Roon radio has no idea what to play after the RME Dac Bit-Test files. 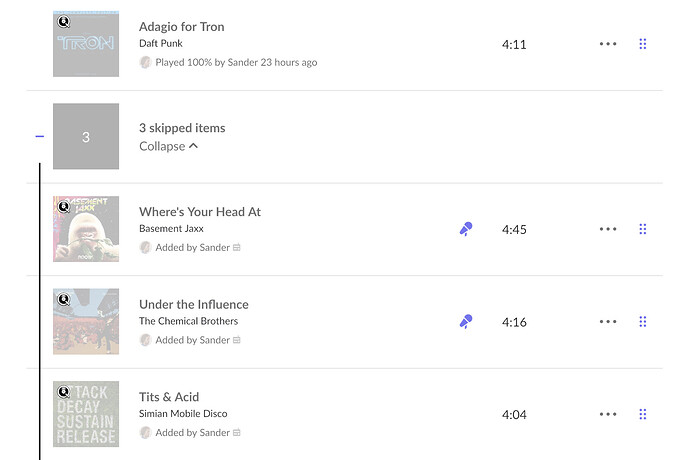 Top track is what I was playing. Bottom tracks are what Valence came up with. Yeah alright, I see how they could be related but the vibe was killed immediately.

Actually the first time I got a few really crappy suggestions in a row, in general I’m either not, or pleasantly surprised with what it comes up with!

I have a profile for my daughter, she’s 3 months old and generally listens to Raffi, and Fred Penner with a couple odds and ends, the Jungle book sound track, a led belly album of children’s music.

It’s all 100% children’s music, and I don’t use that profile for anything else. Today roon played one Fred Penner song, one Sesame Street song which I skipped (no longer asked why) and the next track was 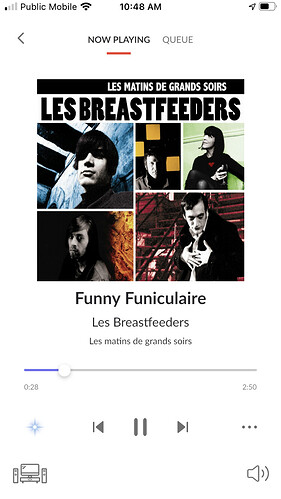 I can entirely understand why an infant would be interested in breast feeding, and they are Canadian so there is a tenuous link to Raffi/Fred Penner but that’s a stretch. She’s not into indie rock / garage rock, gave us all a bit of a fright.

Which one doesn’t belong? 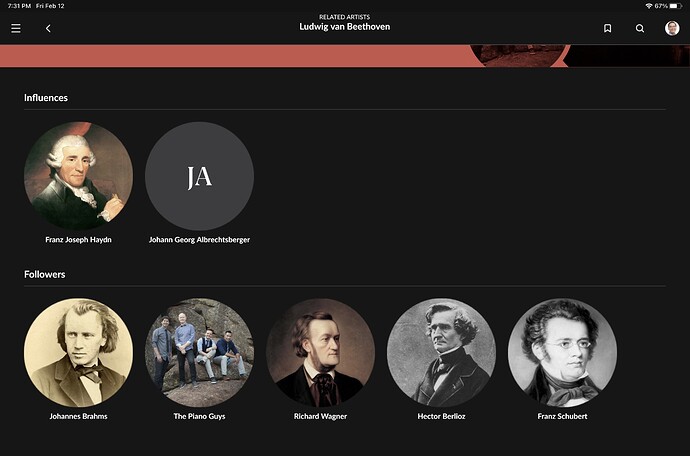