Valid albums still not being identified on import 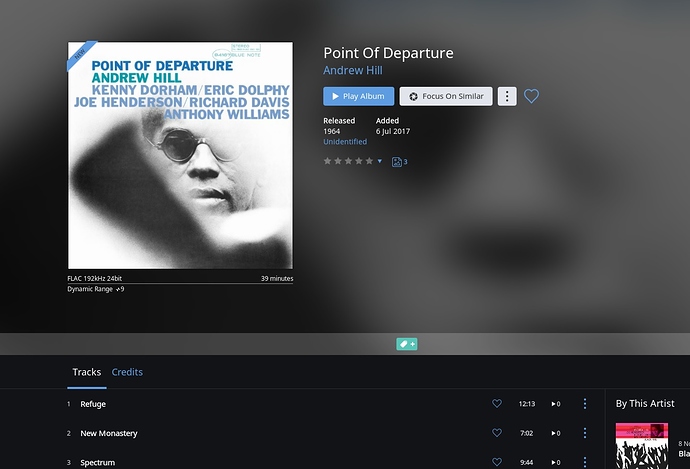 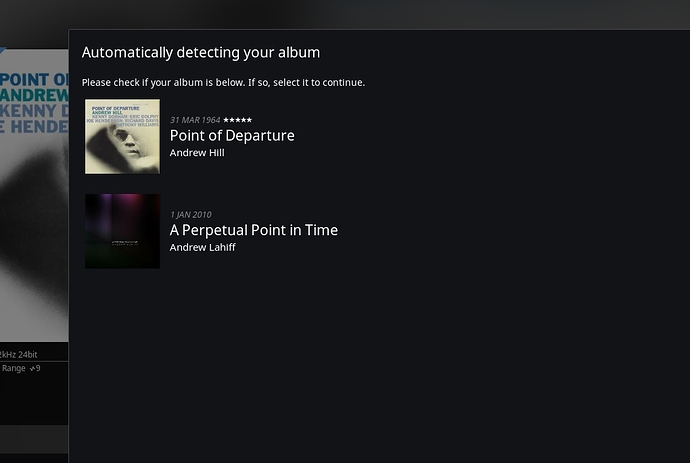 All tracks present and correct… 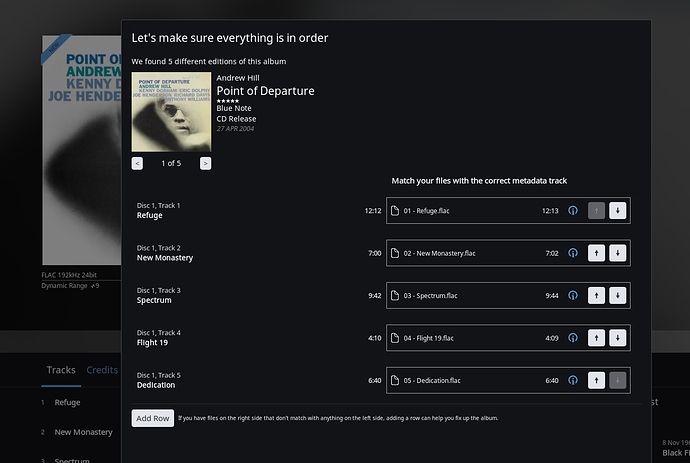 I think Roon has something against Blue Note releases as I have a TON of them that are experiencing the same issue. Others too, eg Alan Parsons - I, Robot.

Is there still a recognised issue here?

It won’t be anything to do with Blue Note, per se. However, there could be a theme: how many tracks are in these problem albums? Are they all five or under? This might explain why we fail with automatic identification (which is much more constrained than the identification wizard), but the metadata is there.

The thing which can scupper identification with low track-count albums is the content of your file tags. Depending what is in them, this can prevent confirmation of a track-time-based identification (for five track albums and under, the risks of false identification are great).

Thanks for the quick reply @joel. Interesting info, I didn’t realise there were identification issues with low-track albums. Many (though not all) of these Blue Note albums have five or six tracks. Can you offer any advice on the kind of file tag content that would be a problem, or better still, tags that would give them a better chance of being identified? Cheers.

I should add that we’ll be re-vamping automatic identification at some point (it’s not imminent unfortunately) to take a more quantitative risk-based approach to track-timing identification. For example, the risk of a false identification for an EP with five tracks in the 3-4 minute range is much much greater than your Point of Departure album.

Understood, good to know something is in the works. Cheers.

Can you upload a screenshot of your file tags for this album? Most critical are album title, album artist, and track title. I’ll take a look and see if there is anything obvious.

It just occurred to me…perhaps the folder name isn’t helping on these. I usually have nested folders like this: artst/album/tracks, but for this Blue Note series I have them as artist - album/tracks. Perhaps that’s not helping the auto identification?

[quote=“pedalhead, post:7, topic:27911”]
Perhaps that’s not helping the auto identification?
[/quote]I don’t think so Mark, but I will check.

Your tags look very clean, except year. That might have an effect. Best practise tagging (from the Roon perspective) would be to have (release) YEAR = 2014 and ORIGINALRELEASEDATE = 1964.

Yep the year tag is a bit unusual isn’t it. I’ll see if it makes a difference…

Yeah, I had another think about the YEAR field and IIRC, it’s only used after we’ve made the ID.