Almost all the albums/EP/compilations I add with Varg, the electronic musicician mostly releasing on Posh Isolation and his own Northern Electronics, falls under another band called Varg that looks like it’s a bad metal band. I change manually, but some albums still end up in both and now that I just added his new album Evanesence (A love letter) it ended up wrong again. Possible fix?

Bump…? Or how does this work?

Do some of the albums appear under the correct Varg?

Can you share some screenshots of what you’re seeing on the incorrect Varg artist? What albums are incorrectly showing here? 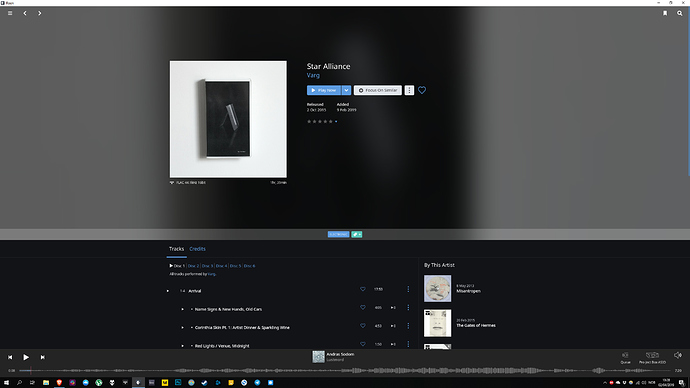 I have updated all my albums to link to the correct Varg, and not sure how to reverse that without manually changing it back… but for this album I see that I have changed the Primary Artist for the album so that it shows up on the correct artist, but the tracks still have the other Varg (metal band) as track artist.

Thanks @Henrik_Richter_Schie. We will look into this. We appreciate the report!