In album view, when I select Focus > Performers > Various Artists, I get compilations as expected, but I also get 100+ classical albums. Most are all of one composer, some are solo artist recordings, some have multiple performers. There seems to be no rhyme or reason. In some cases if I edit the album, the metadata shows that Roon has tagged it as “Various Artists.” Many, but not all, of the albums are from box sets.

Let’s start by taking a look at one specific example. Can you share a screenshot of an example album?

Here are a couple of examples. 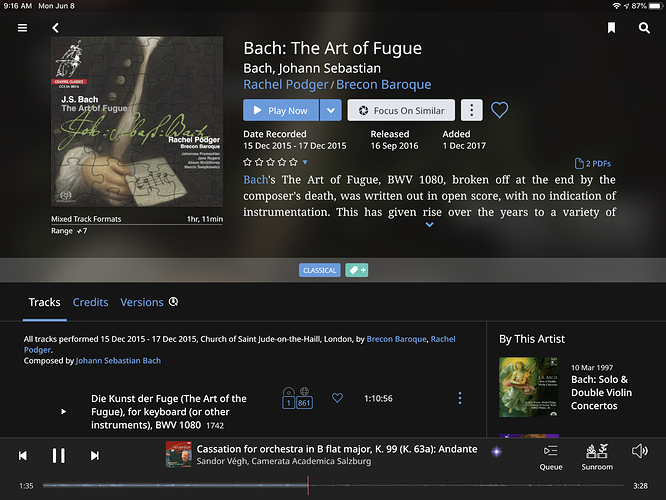 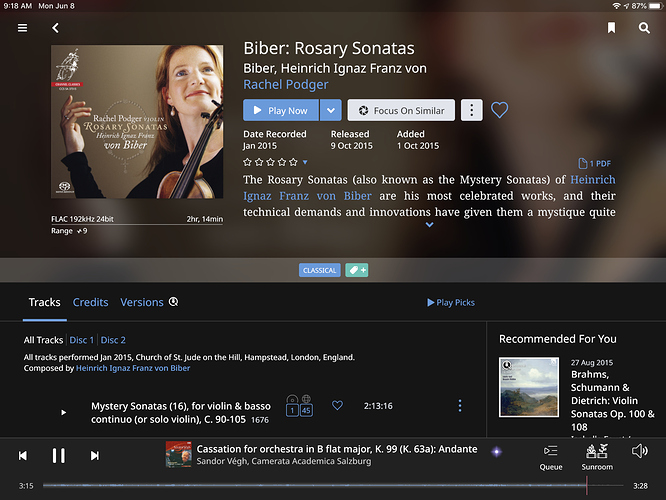 Can you show the Focus criteria where these appear on the album browser? 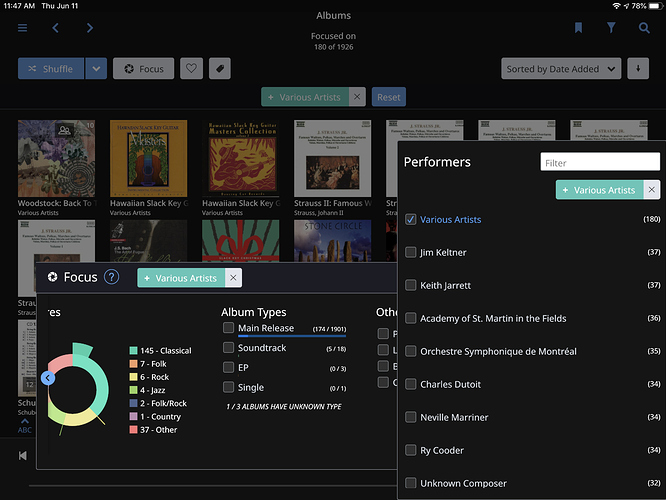 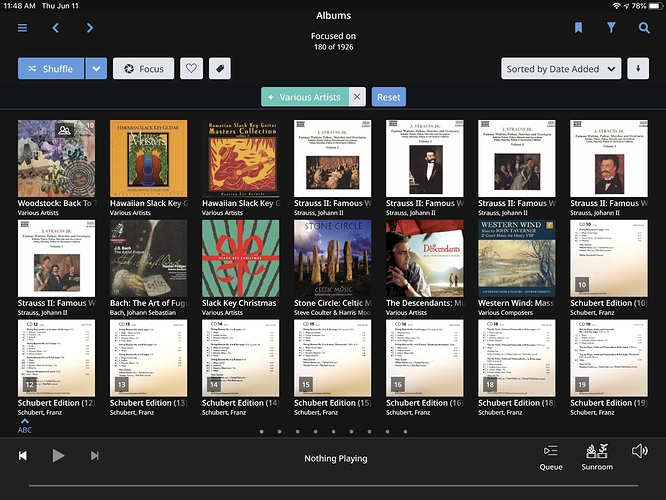 Can you share the Bach album with us from the example above so we can take a closer look? You can upload the album here.

Note that all tracks on the album are tagged the same.

Thanks for sending that over, @antonmb. I’ll delete the network file and will get the tracks over to the team for investigation. I appreciate it!

It’s been a month, any update on this?

It’s now been 4 months since I sent file info, could someone at least let me know status, even if it’s that your stumped, or it’s not important enough to address, or you won’t be able to get to it for 6 more months?

I checked our tracker and see that this is still under investigation. I’ve requested an update and will follow up with you as soon as I have more information. Apologies for the trouble.