None with MacBook Air and then Ethernet with Nucleus

Both to KEF LS50W, USB from MacBook Air and then Ethernet from Nucleus

When using my MacBook Air I can see all albums tagged with “Various Artists” (mostly soundtracks but also Atlantic Soul Classics, Motown Classics Gold, etc). I recently bought a Nucleus (not the Plus model) and changed storage from a microSD card in my MacBook Air to a USB drive in my Nucleus (same files in both, checked 3x). I can not see any of the “Various Artists” in the Nucleus system even though I have checked the setup in both twice and read some/most topics online. Need assistance.

Besides this, is everything else showing okay? Are all of your playlists, edits, and playcounts showing like normal?

Can you share a screenshot of an example album exhibiting this issue?

I have other problems: a few minor artwork fixes, a few tracks were listed as Track 1 rather than the title, one new 24/192 downloaded album does not play without dropouts (but does play properly via USB and a DSD of the same album does play properly via Ethernet after downsampling by Roon). None of these problems occur with Roon on my Mac. I changed storage drives and encounter the same problems. All storage drives have the same music (I have several back-ups on various drive types). These issues have work-arounds by editing the files, listening to other versions of albums or just using a USB cable. I’d like to use Ethernet but my switch may be an issue, maybe (?).

I have attached screen shots of settings I understand may affect my issue with the Various Artist issue. This is the main issue to resolve.

Please et me know if you need further info.
Thanks. 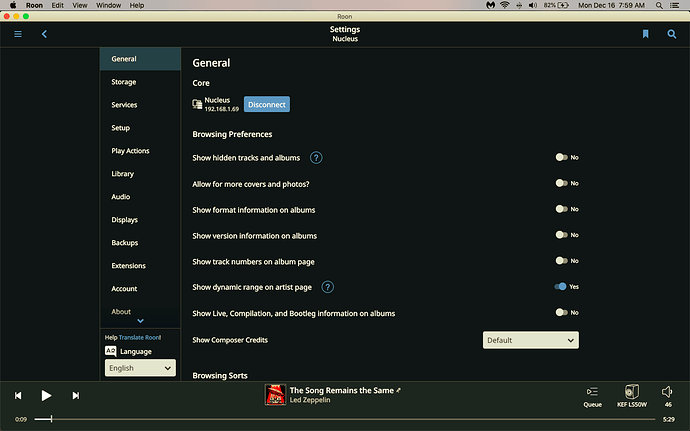 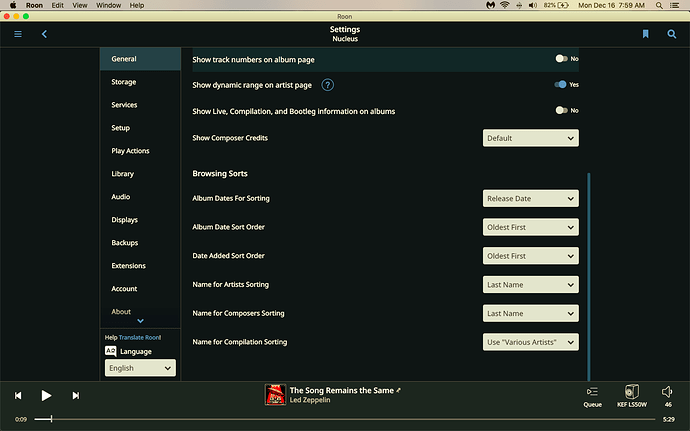 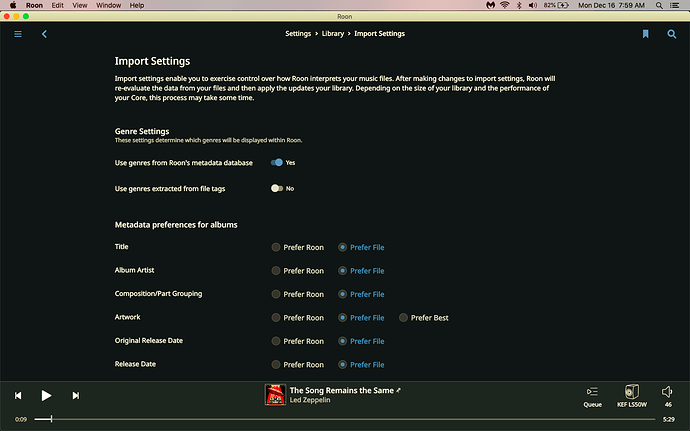 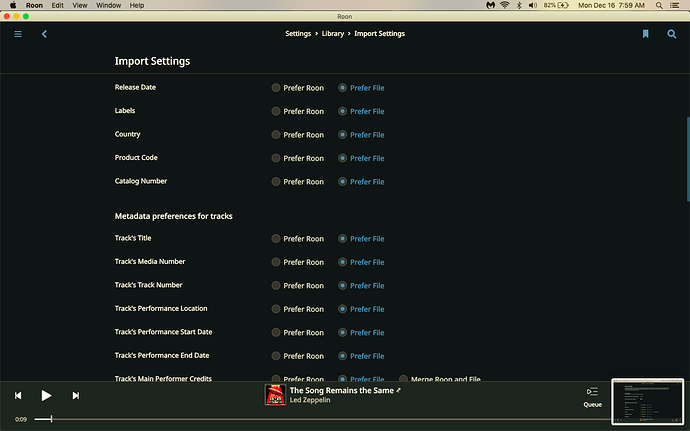 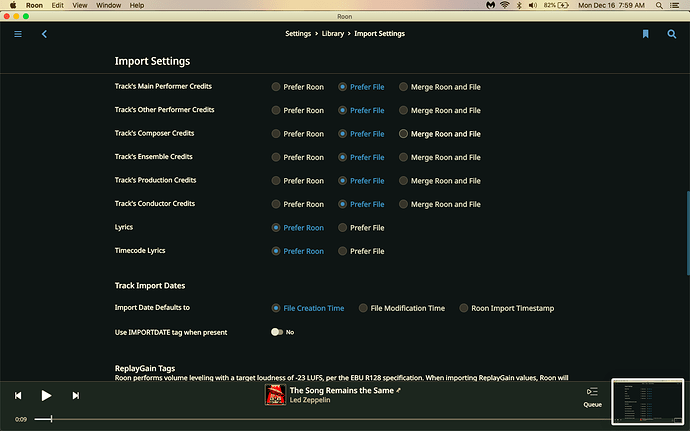 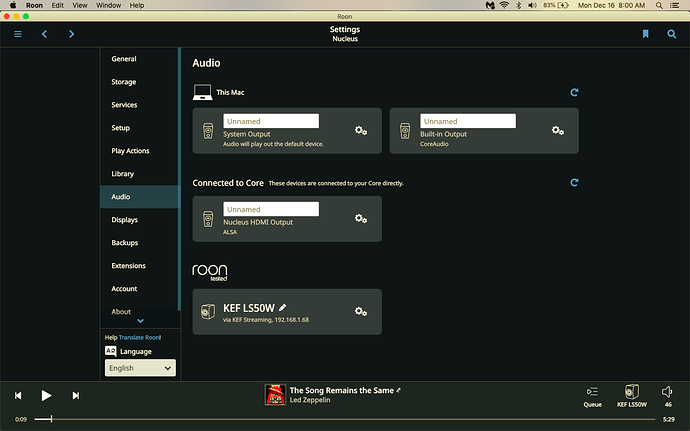 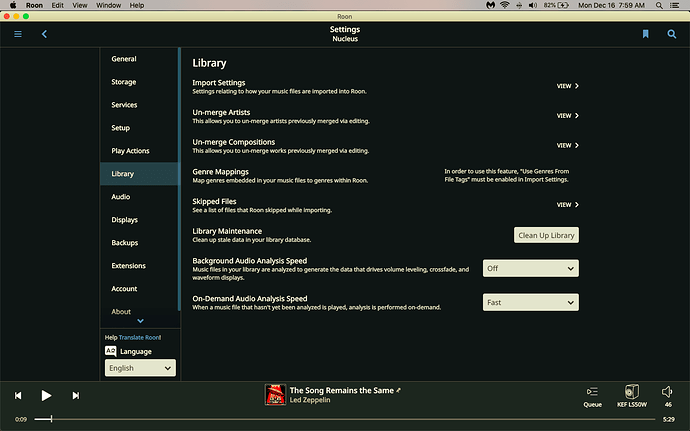 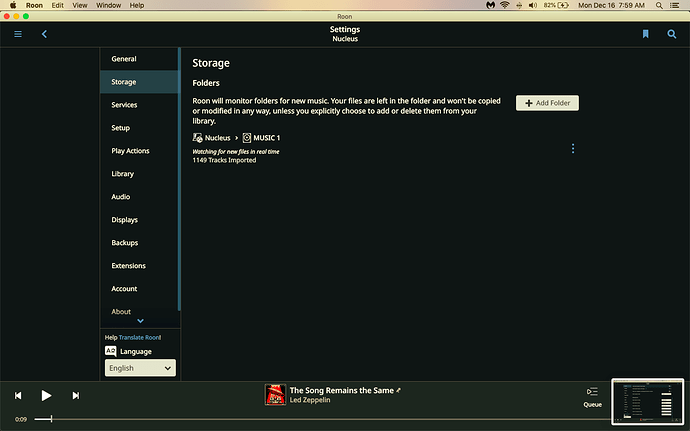 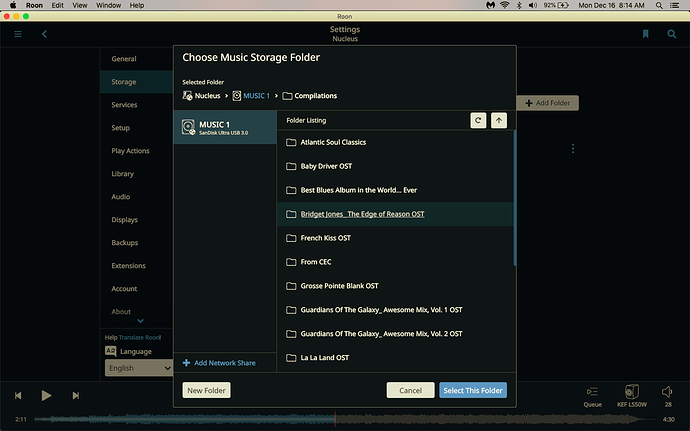 I have some more info and screen shots in case they help: 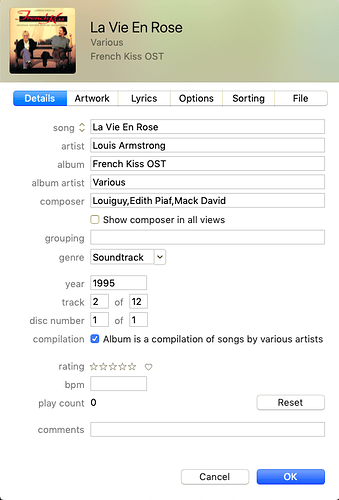 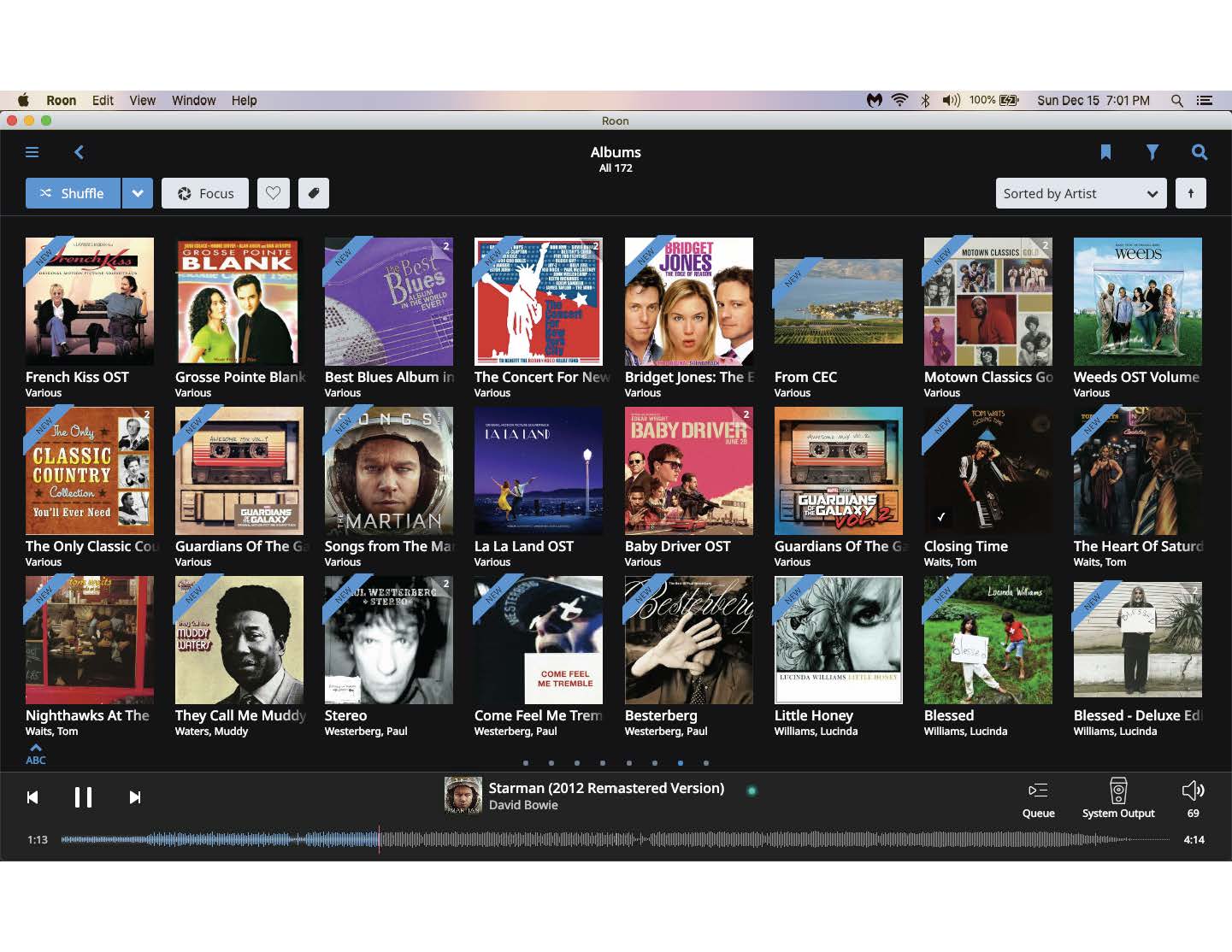 I turned my Nucleus off and on and it solved the problem. Apologizes for wasting your time.

I’m glad that a reboot was able to get you up and running here! Please reach out if you have any other questions or issues.