Vinnie Rossi DAC noise when switching from DSD to 44.1

For some strange reason. MQA seems to work again after the recent update. Whether its to do with the new software or perhaps the “network related dropouts” that you found resolved itself I don’t know. But at this time MQA works on my Apple Airport Express unit.

I have a quick question which is unrelated to this matter - something I hope you can give me a quick answer. When I switch from DSD to 44.1 in Roon without pressing stop first (ie play a 44.1 track immediately while playing a DSD file), a thump occurs in my speakers. I tried using your delay to switch formats up to even 2000ms but the thump still occurs. Is there any other setting I should look at?

My DAC is the Vinnie Rossi DAC 2.0 which has built in system to avoid this switching bump but doesn’t seem to work also. The only way seems to press Stop before playing 44.1 files. If I go from 44.1 to DSD, the bump sound doesn’t not occur - problem seems to be only one way.

Thanks for all your efforts and time take for me.

Glad to hear that that is working for you now.

As for the “bump”, does this behavior occur with other endpoints, or only the Vinnie Rossi DAC? Can you share a screenshot of the Signal Path when playing to this DAC?

I’ve not noticed it anywhere else apart from my Vinnie Rossi DAC. 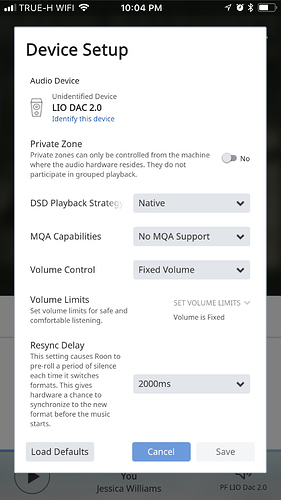 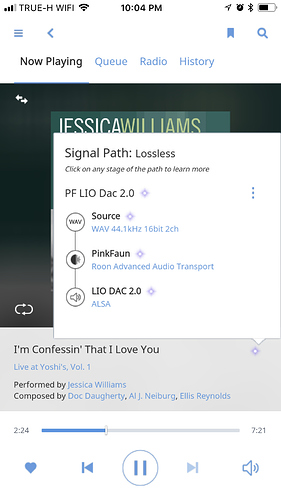 Can you try increasing the resync delay to the max setting and let me know if there are any changes?

I wonder if Roon should be changing formats after the resync delay and not at the beginning of the delay?

I broke this out into it’s own thread for tracking purposes. I wanted to reach out and let you know that the team had a meeting about this today, and we are going to be reaching out to Vinnie Rossi about the behavior you’re experiencing and doing some further investigation. I will be sure to update you once I’ve received new information from the team on this.