Wav files not visible for all folders

RaspberryPi 3B with ropieee latest images

I Have a few Metallica albums and almost all of them are in .FLAC format. Though one album is in .WAV format and it’s for some reasons not visible in Roon.
Please see attachments: 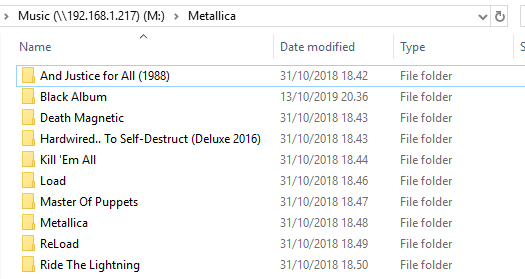 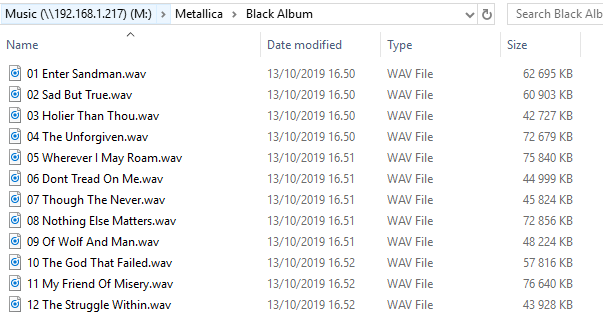 Any ideas why the Black Album is not showing up in Roon?

Okay, I selected show hidden tracks and now it’s visible.So the Black album name is actually named metallica and thus being a duplicate. All Good, this can can be closed

There’s no album from Metallica named “Black Album”. If Roon is able to recognize these tracks correctly it will pull the according metadata from it’s cloud. You should look for the album “Metallica” instead.