What about spectrum analyser

It would be awfully nice if there was a spectrum analyser, available, particular if a multiband EQ system could be superimposed over it so you could tweak

Here’s an example of a plugin for a DAW that does this kind of thing in real-time. Very very handy. 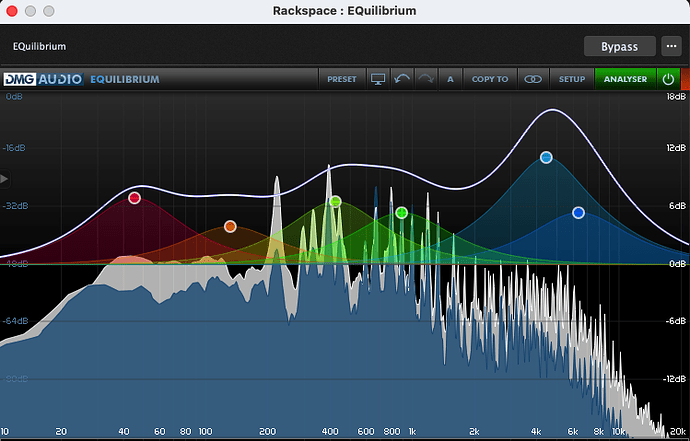 I think that the chances of this happening in Roon are very small, so can I make a suggestion. There are spectrum analyser apps available for the iPad for example (I use one by Dynaudio). Running one of those whilst tweaking Roon EQ on the same (split screen?) or another device would be a workaround of sorts. Roon EQ isn’t real-time though (in that the music interrupts every time you change a setting) and I can’t see that changing.

Also, depending upon your setup, there are ways of piping Roon’s output to software RTAs running on the same device:

macOS Catalina Split View. Roon’s sound is synchronized via Soundflower with Sound Spectrum Whitecap Standalone, but music is omitted from the video for copyright reasons.

Plenty of request threads for this if you Search.

Yeah, I’m familiar with iOS spectrum analysers and I can also use my computer with high quality mic and plugins such as the one I used in the image here.

But (a) that doesn’t let me see the spectrum of the actual “bits” being streamed and (b) you can’t superimpose an EQ curve over it.

I already posted separately about Roon EQ not being real-time — that’s really a bummer — I mean you ought to at least be able to tweak basic “treble and bass” in real time - even an iPhone lets you do that! It’s very disruptive when you’re trying to adjust the sound and it keeps cutting out.

As for Soundflower, that’s really old, if you’re going that route you should consider Blackhole - it’s way better.