What does "don't match" mean 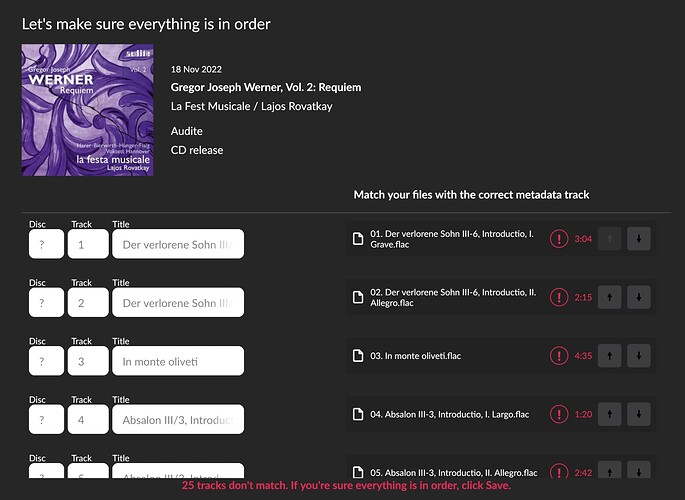 That there exists a stub entry only for that album and it therefore is not possible for Roon to match and check the correctness of the track information (none available at all in this case).

As @BlackJack notes in this particular case roon’s metadata suppliers are not yet providing any track-level meta-data at all.

However, a common case is where roon does have most of the track-level metadata but it doesn’t have any track-time data or the track timings breach some threshold that roon sets.

Most of the time I just ignore these mismatches as there is a valid reason. However, I have noticed every now and then, usually when playing the album for the first time that the roon miss-matches were indicating a real problem with the rip which I then address as best I can after the event. Mostly I find it is release mismatches rather than a bad rip, although that has happened as well.