What does unfavouriting actually do? [Answered - banned] 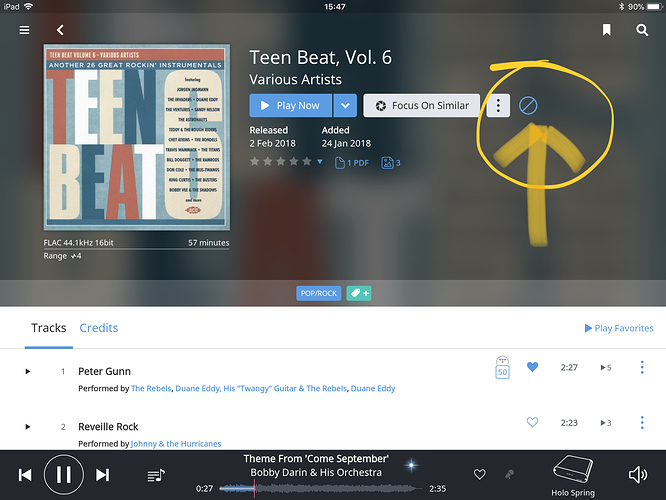 I have the expectation that unfavourited items will not be picked by radio.

They appear to be picked in a shuffle.

There seems to be no way to select them by focus or elsewhere for example if I have an album with one track I detest it would be handy to play all except that track, rather than have to favourite every other track.

Similarly if there was one Dylan album I really didn’t want to appear on a Dylan shuffle.

It seems like I get very limited value for my 2 clicks!

It called Banned and you can Focus on it via Inspector.

A Banned album will play or shuffle, if you are viewing the album. It will not play if it’s included in the Album Browser. ie. you are focusing on a genre and the album shows, it won’t play.

If you are playing that album, Banned tracks will not play.

Yes, Banned albums and tracks will not be played in Radio.

Thanks Greg, banned, Roon is a constant learning curve.

Your first guess was “Unfavorited”??

Well, unfavourited but the addition of a “u” possibly doesn’t make it a better stab at describing it.

As my wife might say, “it’s always about u”

How can I banner a album ?
I have 10 min of pink noise that I like to be banned.

Click the Heart twice on the album to Ban it (just like in the screenshot at the top of the thread).

Then it won’t show up in Radio.

Thanks. Always new things to learn 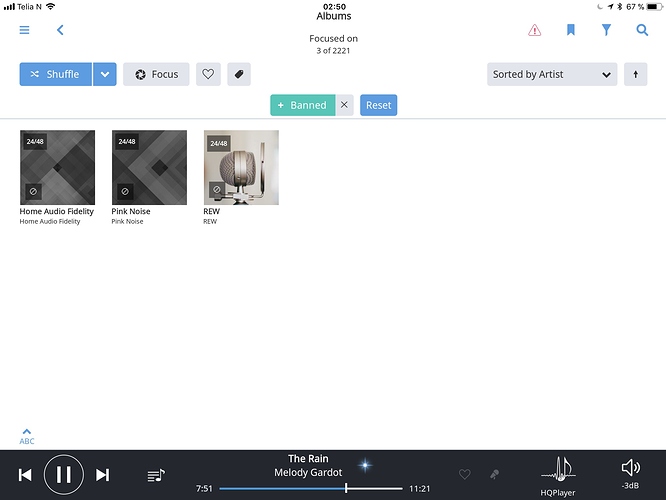 A bit off topic, but maybe Roon should add sweep files and pink noise generator.