What happened to Michael Jackson?

I’m not sure when it happened, but this artist page used to be OK. 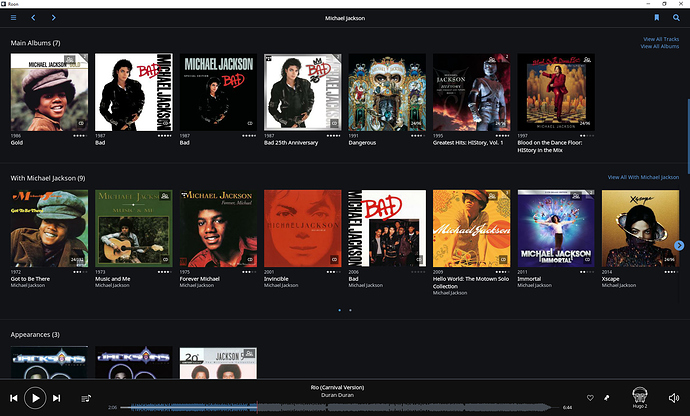 The plot thickens… I added a new version of Off The Wall to my library and now it’s the ONLY album shown on the MJ artist page: 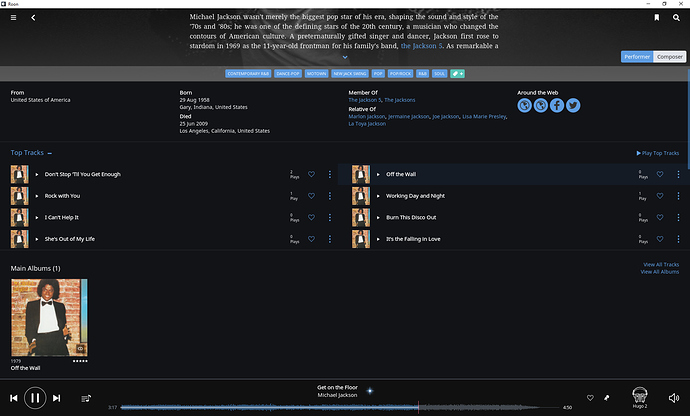 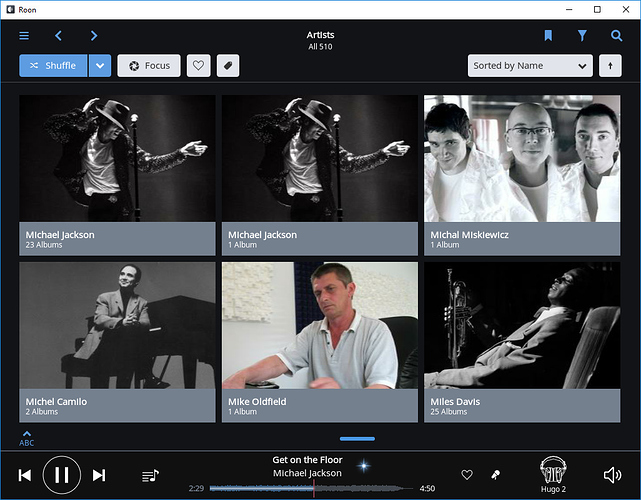 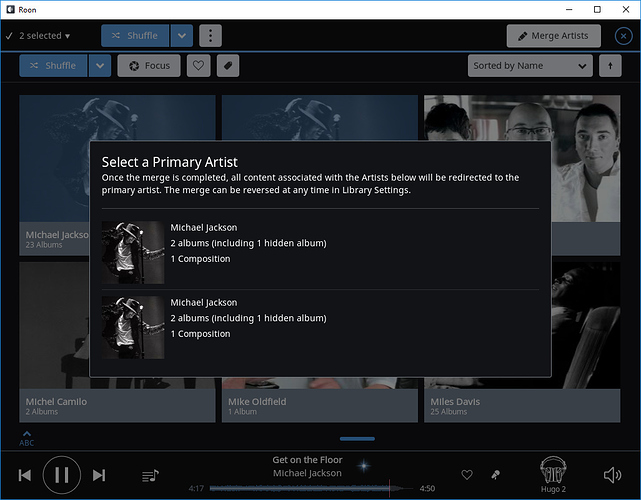 I restarted RoonServer and now it’s all changed but still bad… on the Artists page I now see 2 MJ’s, one with 12 albums and one with 16 albums. On MJ’s page I now see all albums (I think) but some of them are under the “With Michael Jackson” section.
I’ll spare you the screenshots…

i had problems too with the MJ page!!

i had problems too with the MJ page!!

Did you manage to fix them?

i tried rescanning the albums, and it seemed to be solved. then it happend again (the problem was that i had MJ in the artists browser, but the link did not work, then at a certain point i had like you 2 MJ artists… even though i only have 1 album).
now, i have rescanned my only MJ album and everything seems OK

Thanks I’ll try that!

@Niccolo_Terzi it worked!
Oddly, when I came back to try and fix the problem, everything seemed to fix itself except 2 albums that now belonged to the other MJ and the rest to the main MJ. I re-scanned both of those albums and they joined the main MJ. I now have only 1 MJ artist!

Aaaaaaaaaand it happened again. Without me doing anything. Roon does stuff in the background and for some reason decides to split MJ back and forth!

yes, it happend to me again. not only MJ, also another artist…

Can we get the support team to look at this?

this behavior is happening repeatedly in my library with michael jackson:

if i rescan my only MJ album, everything turns OK, but after some time the problem reappears.

something very similar happened to me with another artist (Anouk), that seems to be split in 2 identical artists (and the albums get split between the 2). if then i rescan the albums, everything turns OK, but after some time the problem reappears.

I am having and/or have had ongoing similar problems with Grateful Dead, X, and a few other people or groups.

Thank you for your reports. The team had a meeting to discuss what you’re seeing and I wanted to follow up with you both on next steps.

Could both of you please detail and edits you’ve made to either Michael Jackson or any of his albums?

Additionally, @Chikolad, would you be able to zip up a backup and send it to me in a PM via a shared dropbox link? We want to take a closer look at this on our end since we have not been able to reproduce this issue.

on my side, i’ve done only one edit on Micheal Jackson: i’ve changed the picture.

Thanks @dylan,
As far as I can remember I didn’t make any edits to MJ the artist, and I did some edits to some of his albums, but can’t remember everything. For sure I named different versions of albums, banned one version of Thriller and changed images on some of the albums.

I backed up my library and zipped it, it’s being uploaded to Google Drive and I will send you a link once it’s done.

I have the same phenomenon.
Besides Michael Jackson, it happens, for example, in Mya, Kenny Gamble.
I want to upload screenshot videos, can not you do it here?

There are also two “Michael Jackson” in the composer column.
But the same screen will come out whichever you open. 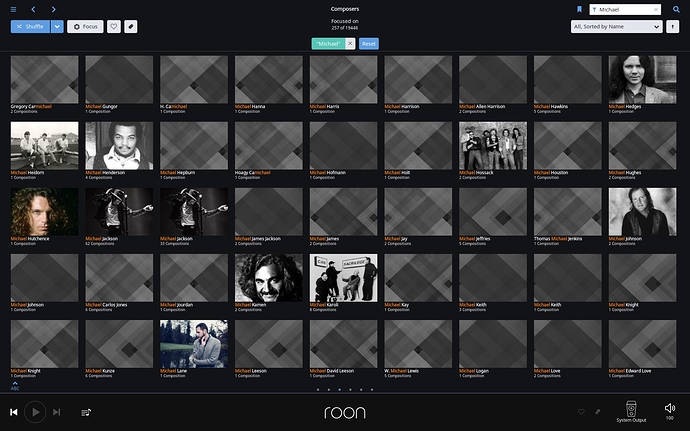 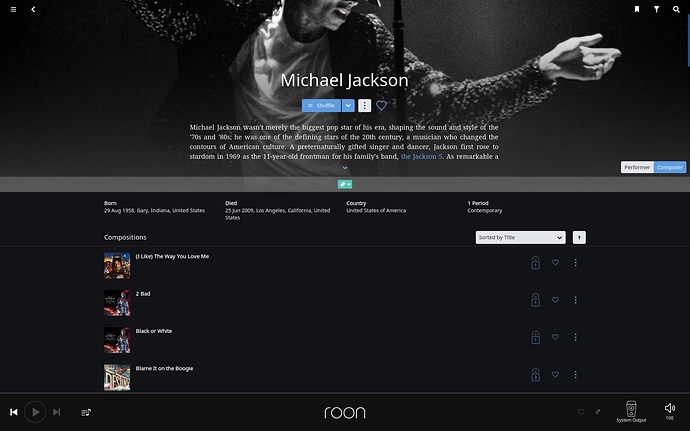 Choosing two “Michael Jackson” and choosing “Merge Composes” in the upper left did not make me one. 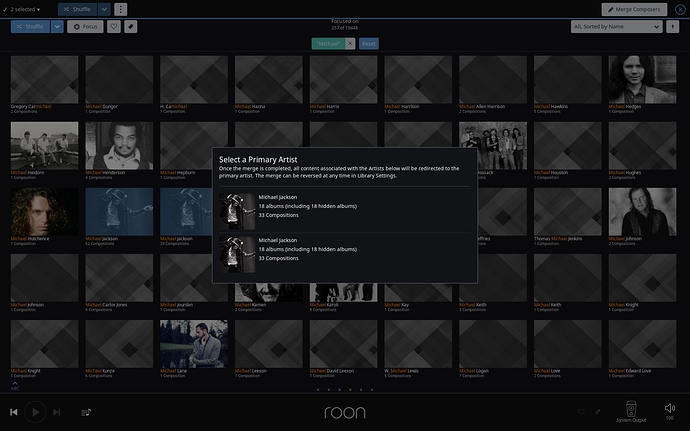 Thanks again for the reports!