What Happened to Track 5?

Roon lists track 5 on the Qobuz release of Il giardino dei sospiri as unavailable. What gives? 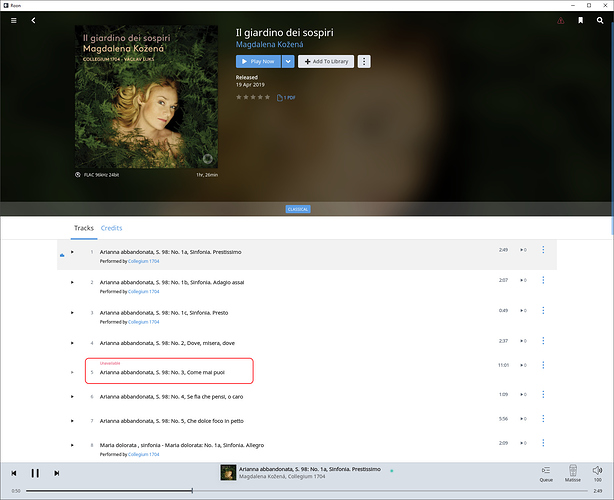 The data we get from Qobuz says that this track is not available for streaming. Are you able to stream this in the Qobuz app?

Well, yes, but the track is shown faded, and only plays 30 seconds at MP3 quality. Something is definitely wrong at Qobuz’s end, I think?

and only plays 30 seconds at MP3 quality

That would indicate that this track is indeed only available when you’ve bought the entire album. The standard for “unstreamable” tracks is 30 sec. of glorious mp3 - just like previews in the shop.

Thanks for the explanation - so the old bait and switch tactic is still very much alive… It may be a first-world problem, but still…

Mostly. Or so some say …