What is the best all-in-one source you have found to search new releases?

I have seen a few posts lately about people wanting to discover new music, and, mentioning Tidal and Spotify and other services via Roon. While that would be of interest I am just trying to find a new and reliable service where I can search for new releases. I used to use Amazon, and once a week would get on and go to the “new releases” section for “CD and vinyl” and would search the top 500 new release of all genres “by sales volume” which generally would get me everything I wanted to know about. However, now that many artists are not releasing on CD this method doesn’t always work for me there seems to be a lot that gets missed (plus with many artists also not following the normal release day schedules things get missed too).

Every week I get an update from HDTracks, for instance, that gives me something I missed or were not included in the Amazon new release list. I have gone to AllMusic.com and signed up for a weekly new release list but yikes that has hundreds and hundreds of all genres, not narrowed down in any way.

What do you all find is the best way to look for new releases now? Back in the day I would show up at the record store every Tuesday to browse the new release bin for “rock” or “folk” or whatever. I could also sign up to follow artists but since my collection consists of 1,000+ artists that would also be unworkable.

There is a phone app called Any Decent Music which might be worth a look.

Didn’t know about that.

Think I found out about it somewhere on here!

Both Tidal and Spotify are great resources but I prefer Qobuz for new Jazz albums discovery. 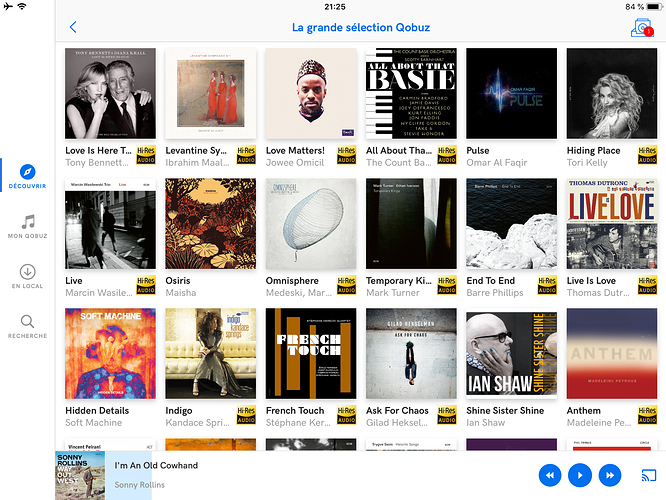 Thanks all for the tips. I have subscribed to a few newsletter update emails based on the suggestions and also see that Spotify and Tidal have “new release playlists” that can be helpful. Enjoy the music and have a great day.

Allmusic.com has a weekly new and upcoming releases newsletter.

I looked at IDAGIO the other day, they have a good line in new classical stuff

I subscribe to Gramophone, that reviews most new releases , not cheap though , read the review , listen on Tidal wow …

I wish Roon would start to support video and stream movies to my Oppo UDP-205!

Agreed, just hooked up everything and finally received the “MQA” info on my OPPO 205 DAC screen. If you do not have Masters option in Tidal, thus far, way worth it. Nora Jones’ second album on right now and it is amazing.

I generally use allmusic.com and follow artists I enjoy on Twitter. Twitter’s proven to be a great place to find out about new albums, collaborations and other artists based on artists tweeting about releases of other artists. Frankly, I can’t keep up anymore and I feel I’m losing something I’m not spending enough time on albums. Guess it’s like the audiophool always chasing the next upgrade.