We enjoyed the penultimate show at The New Crawdaddy with Elles Bailey and her band tonight.
Another venue close for good, that’s a shame.
As always Elles put on an amazing show and won a lot of new fans tonight.

I picked up my no 2/25 copies of this art work she is selling to fund the next album. She brought it along specially for me as she knew I’d be there… 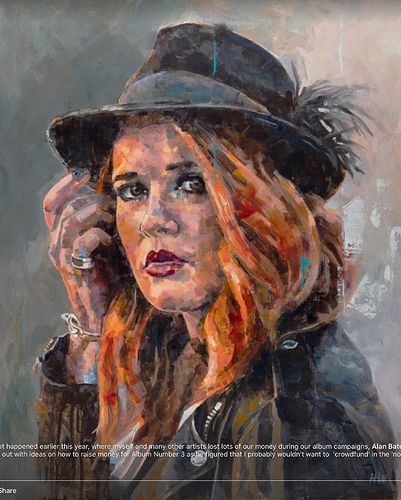 Catch her live if you possibly can. 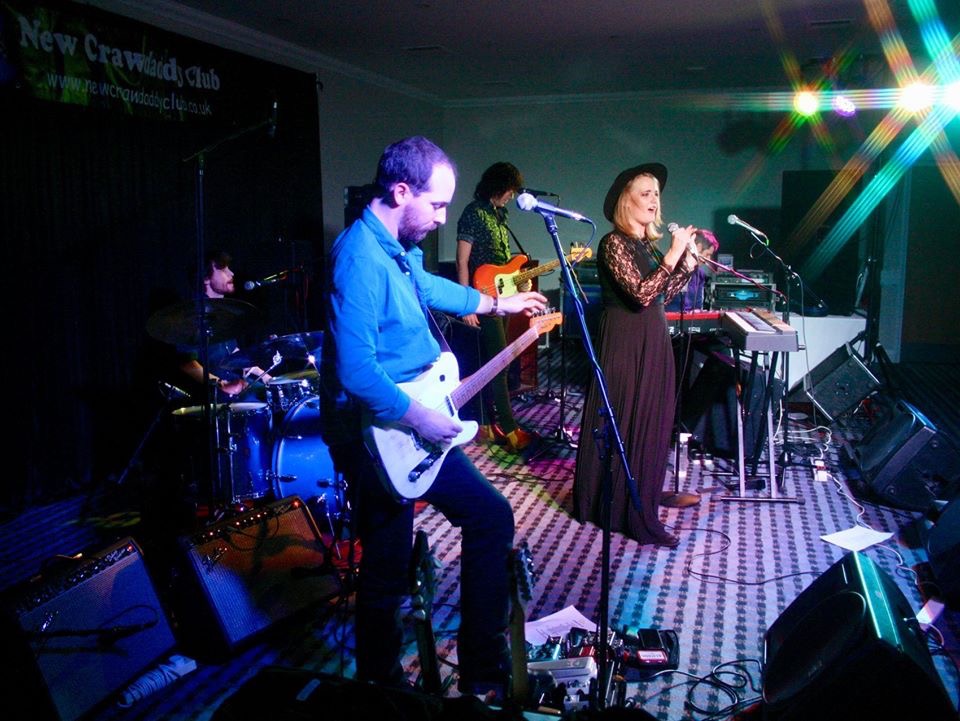 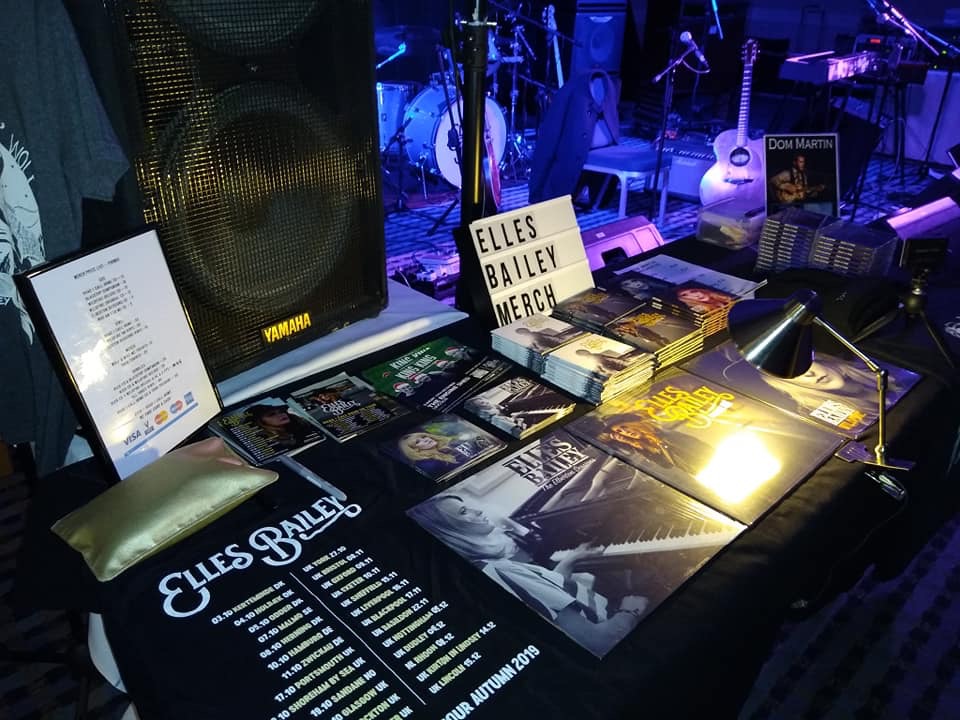 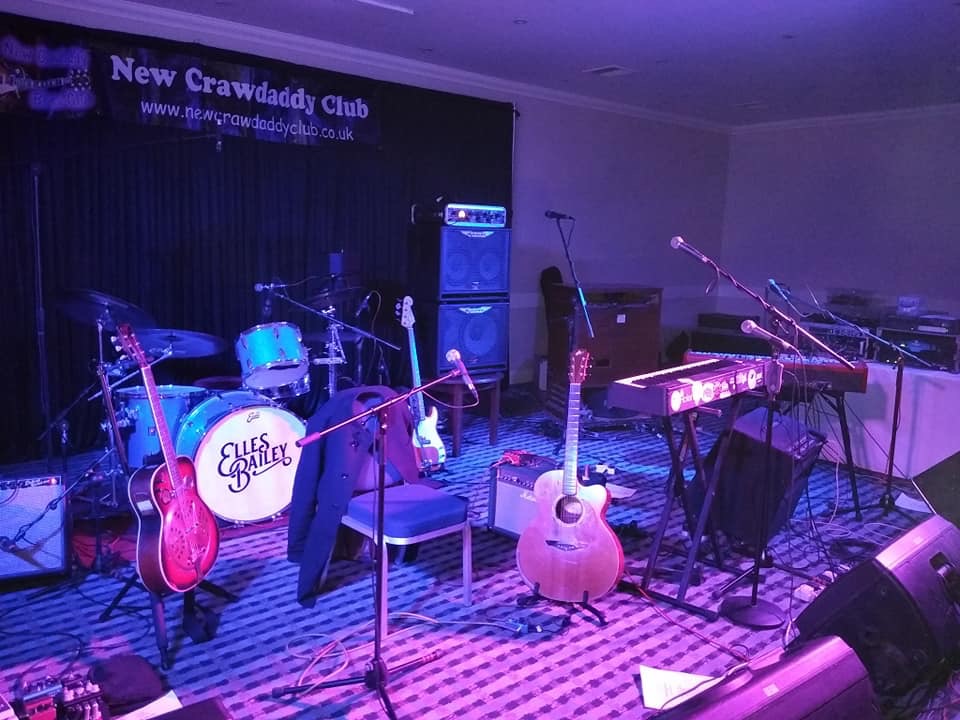 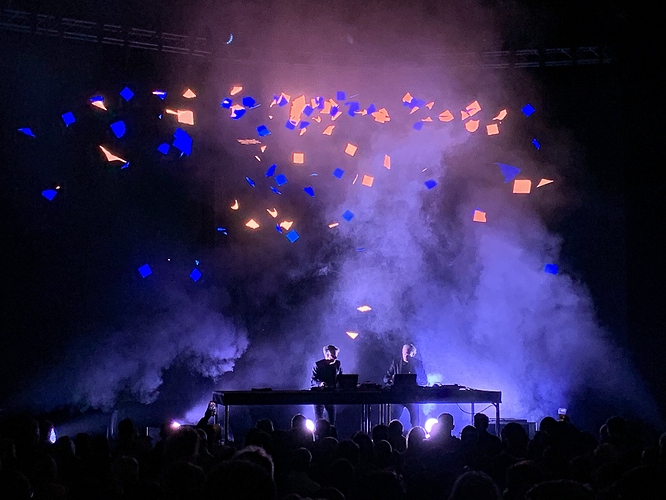 They tour so rarely I’m really glad I got the chance to see them!

I am going to post this here as we are about to lose another great Music Venue for good, The New Crawdaddy Blues Club.

This is a section from the weekly Email all subscribers received and I know Paul won’t mind me sharing this as it’s so important to the future of music as we all complain about the lateness of new releases, one day, there won’t be many decent new releases.

And so, here we are, the final Friday gig at the New Crawdaddy Blues Club after 20 years!

Friday 29th November 2019 is ‘Black Friday’ when around the world we are tantalized with ‘amazing’ bargain prices for things we never realised we wanted let alone needed!

Last week I talked of the parlous state of live music in the UK and I am probably going to upset a few people with what I now say. But do you know what? I don’t care! It needs saying.

There are some 634 people on this mailing list and week in week out for the last umpteen years there has been a Newsletter sent out to each and every one of you telling you what is going on at the Club etc. On average, less than 37% of you even open the Newsletter. That is around 234 of the 634 subscribers. Sometimes I do wonder why we bother!

As you know, the Club has been struggling with audience numbers and yet, if just 15% of the subscribers to this list supported the Club each week, that would have made the difference!

I wonder how many people really appreciate the work that goes into running a Club like the Crawdaddy. Not just on gig nights although that is more than enough, but also the other days sorting out bands, finding last minute replacements, dealing with the literally hundreds of inquiries from bands wanting to play, listening to new bands and artists to see whether they would be right for the Club, making sure that there are enough team member to put on the gig, dealing with outrageous rider demands, assuaging egos etc. etc.

Believe me, it is tantamount to a full time job and it is unpaid! Indeed, like so much of what people do to support and promote blues, it costs them money as well as time!

As I said last week and I do not apologise for repeating myself, the only people who can help turn this around are the people who go out and listen to and enjoy live music. Whilst it may be a bit early for New Year’s Resolutions, we won’t be around in January 2020 so why not make it your resolution to attend at least one gig a week or if that is too much at least one gig more a month than you did this year?

You could make the difference.

Your support, could be what helps a venue survive

Been a great year for concerts, I’ve been a bit remiss in highlighting them here so

Squeeze Vicar Street, a really enjoyable gig, band so tight, clearly enjoying themselves and what a back catalogue. I don’t usually go for these Greatest Hits tours but Squeeze very much are a working band. 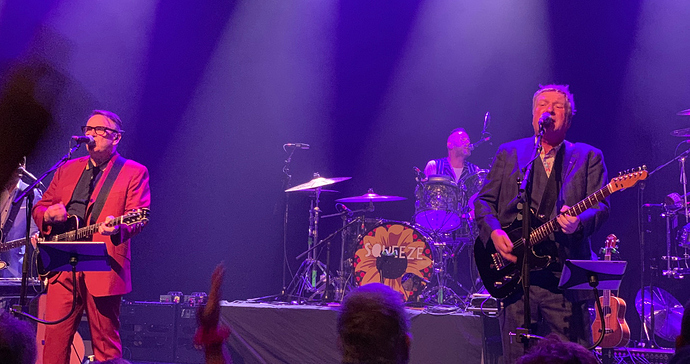 The Philip Glass Ensemble, Music in 12 parts, in the national Concert Hall, shocking I know, but I only lasted for 9 of those parts.
Some great sounds but I was in the middle of a busy week and decided to cut my losses.

Sugar Club, Portico Quartet, very interesting, demographic was nearly uniformly 28-35 year olds clearly very in the Portico Quartet, the music was a bit samey for me, but when everyone eventually got up and danced there was a great vibe.

But coming very close to my best of the year had to be last night’s Robert Forster in Whelans. 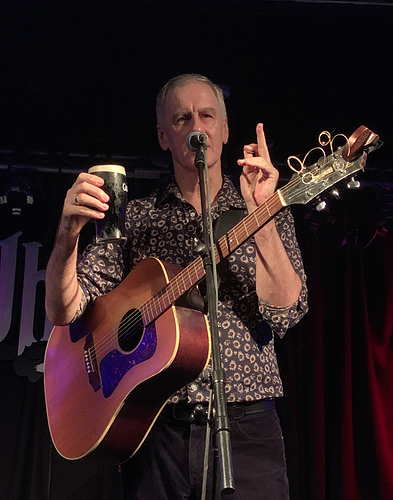 One of those gigs where the artist clearly felt the love from the audience and seemed quite touched by the reaction. I’m somewhat biased but Dublin audiences are great and what made this gig so stellar was the symbiosis of artist and audience.

My annual weekend trip to London for the jazz festival.

Sunday night was a triple bill in the Barbican with a Bauhaus 100th celebration led by Michael Wollny’s amazing piece which I hope they release. Watch the German premiere on YouTube.
Also on the bill were Daniel Brandt with Eternal Something and Dawn of Midi who played Dysnomia.
Some really challenging music but very enjoyable especially Wollny. 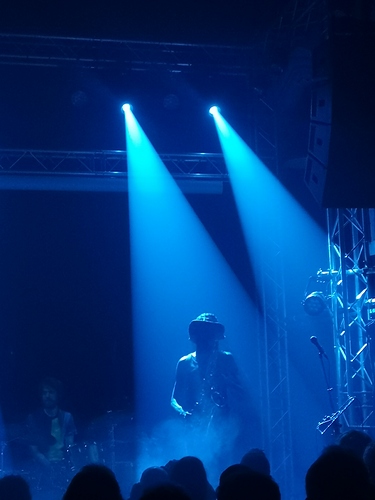 A master class from The Black Feathers in Sudbury Church. They are just so good. 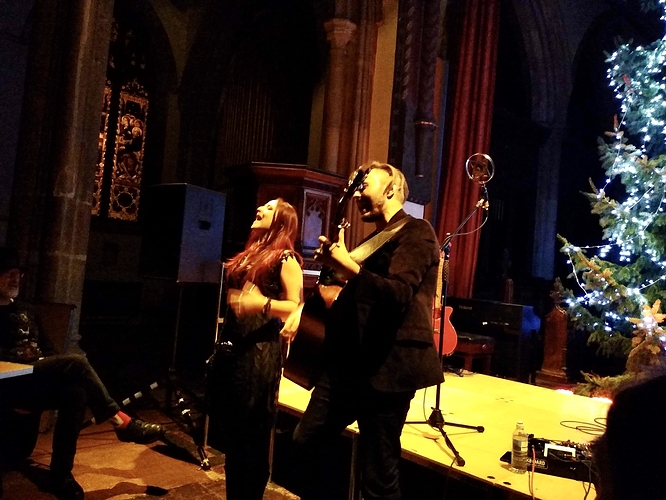 They played unplugged for the encore and it was a joy… 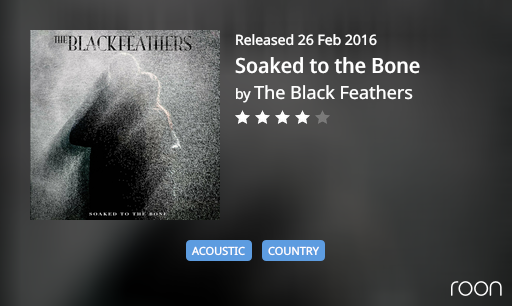 I also went to a fantastic gig by the hugely talented and equally likeable Black Feathers. Saw them in Bristol, UK last night…thanks for the recommendation on this forum @Chrislayeruk , without which I may never have come across them.

They are so good and it’s very hard to describe to people what great artists are all about.
Thanks for taking the chance on them. Ray’s guitar playing is just exquisite too.

My friend Simon Allen has mastered some of their CDs , an amazing sound engineer who has done a lot of our live work at LRB, although recently he put us on to the equally talented Felix Milton. The pressure of work…

They are so good and it’s very hard to describe to people what great artists are all about.

Yeah, the chemistry between them is a joy to see. It translates into fantastic music which seems to be a true synergy of their respective talents.

As for their releases, I’m no expert but they do come across as well mastered. Mind you, I prefer the fun on the demo of “The ghosts have eaten well” to the production version. Just wish I could buy the EP rather than stream - I may email and suggest it. 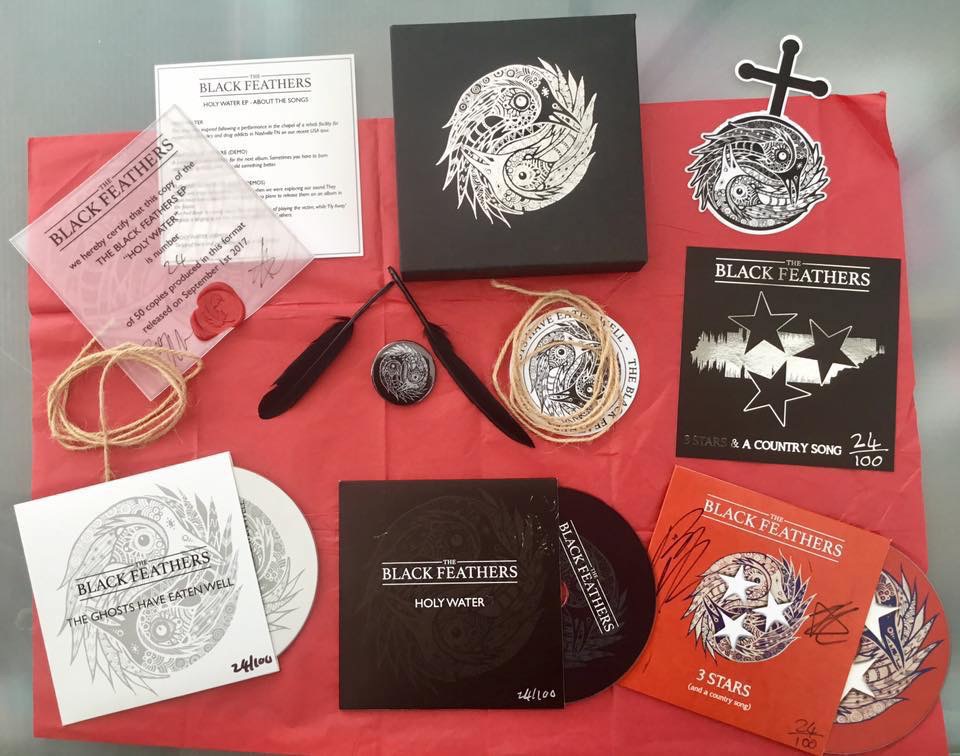 It’s a little box of treasures.

They did ask us if we minded them doing a download, so that may be possible. I didn’t object …

James Partridge was do the the live sound for them on this tour.

I always seem to like a live sound over a studio and often prefer the live recording we do at LRB over the artists main albums. We record them well at 24/48 and J does a great mix… he loves doing it… you catch the atmosphere of the night with no overdubs… warts and all.

Just got home from a great gig of the Belgium band Whispering Sons. 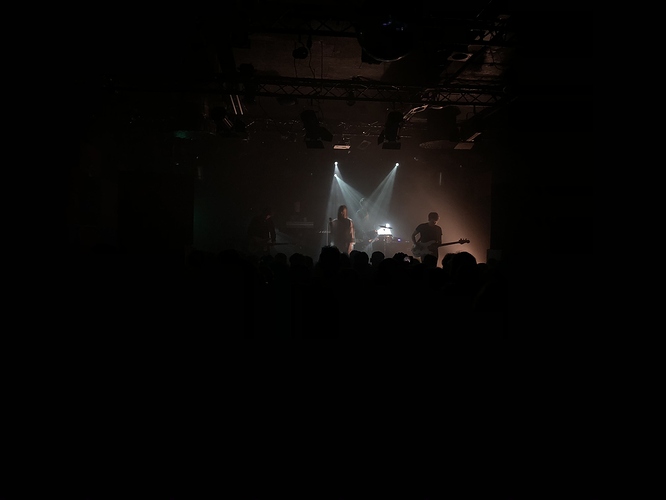 Going to see Ronnie Spector and the Ronettes tonight at Wolf Trap!

We just enjoyed a very special house concert in Billericay, courtesy of the Rev Pac-Man with my friends Lauren Housley and Thomas Dibb. They played a whole bunch of new material for the first time live and wanted a friendly audience for the occasion.

I was a belting evening and I cannot wait for the new album that’s scheduled for August. 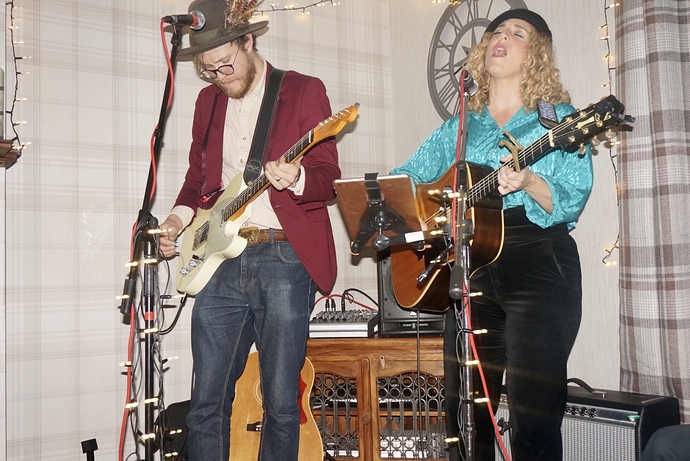 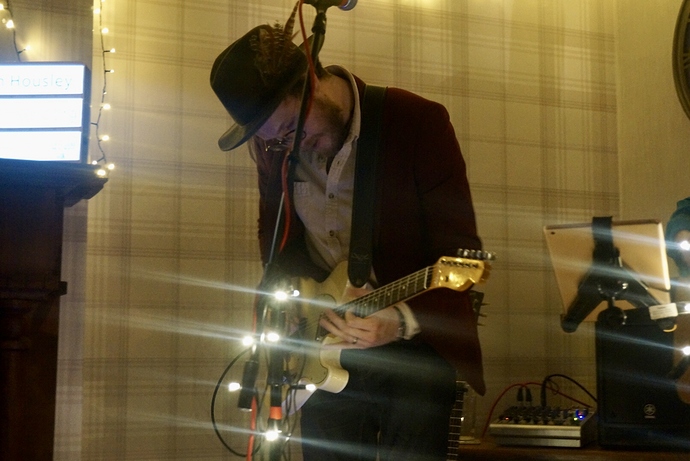 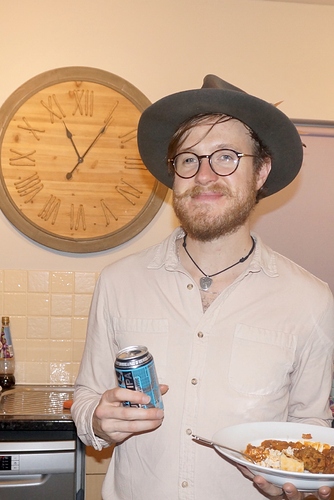 Tom enjoying a curry after the show… Magic. 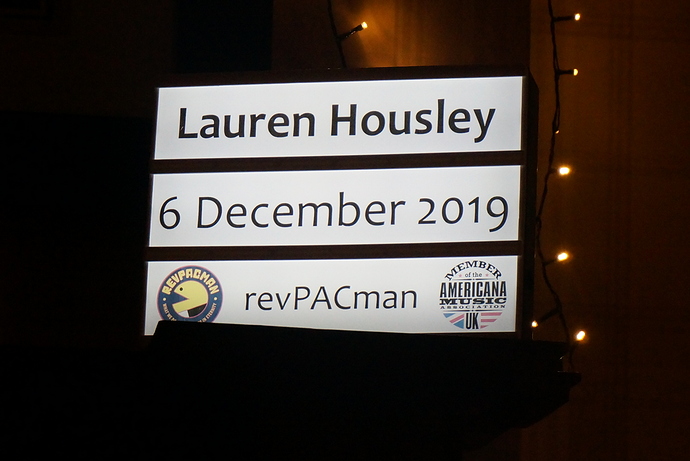 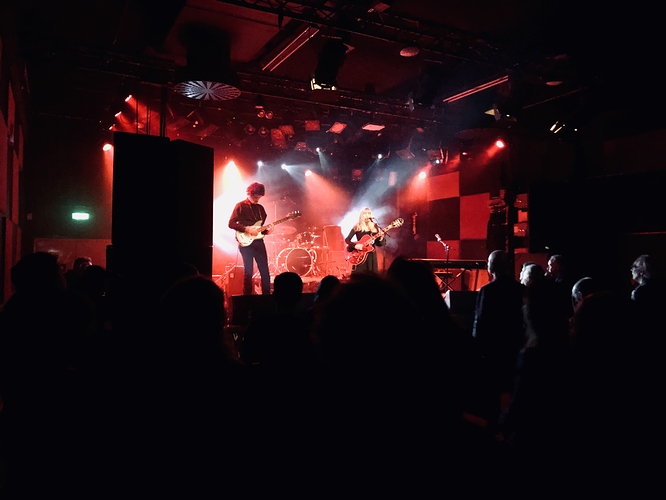 Emily Jane White this evening, unfortunately too loud and some distortion, we left before the end of the gig.