James Taylor in Leeds tonight with Steve Gadd on drums no less. Forgot the phone so the pics are courtesy of my wife. 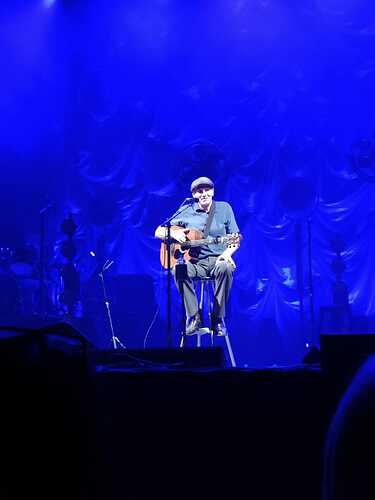 Hope you enjoy. James is getting on a bit now (mid 70’s) but still a great performer. Coincidentally, I watched ‘Two-Lane Blacktop’ last week for the first time in ages, what a beautiful man he was in his younger days…Not that his looks have any relevance to his music.

Take ear plugs is the best advice I can give…

Dave Mallet and crew @ Union Hall in Vienna (Maine). Great as ever. And hard to beat the venue. Composting toilet, even. 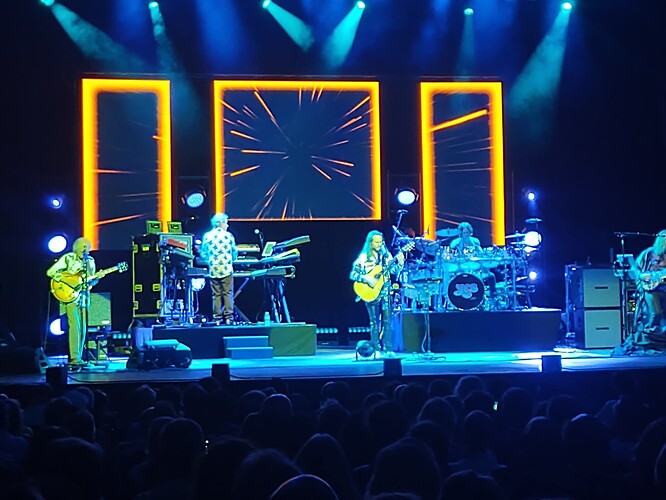 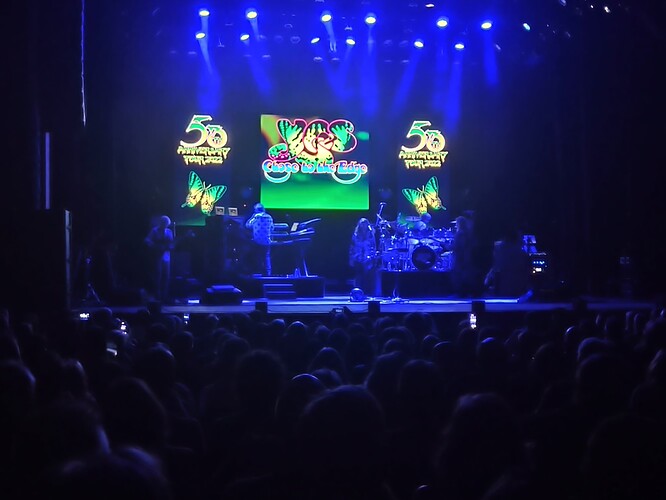 Edit…
Hers a bit better shot.
2 hours and 15 minutes set.
Steve Howe does look his 75 years but his playing was outstanding and totally blew me away with his dexterity and sound. 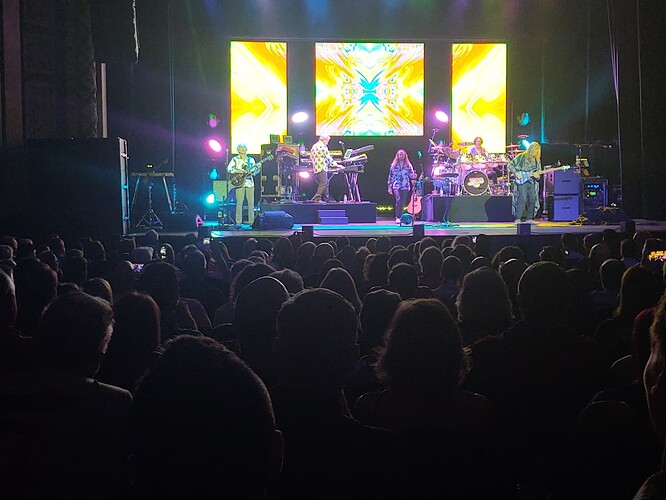 Amplifest 2022 in Porto!
Second weekend still in progress, waiting to see Bongripper tear the place to the ground!

It was great to catch up with Stevie Watts again as his trio, along with Alice Armstrong, played the Barlyland Blues Club in Billericay today. Conner Selby came by to enjoy the show as well…

It’s just great to watch Stevie play, it’s a joy… The band are amazing too… 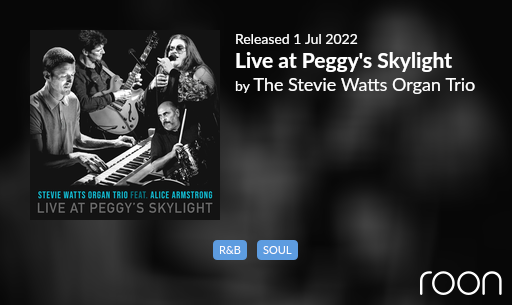 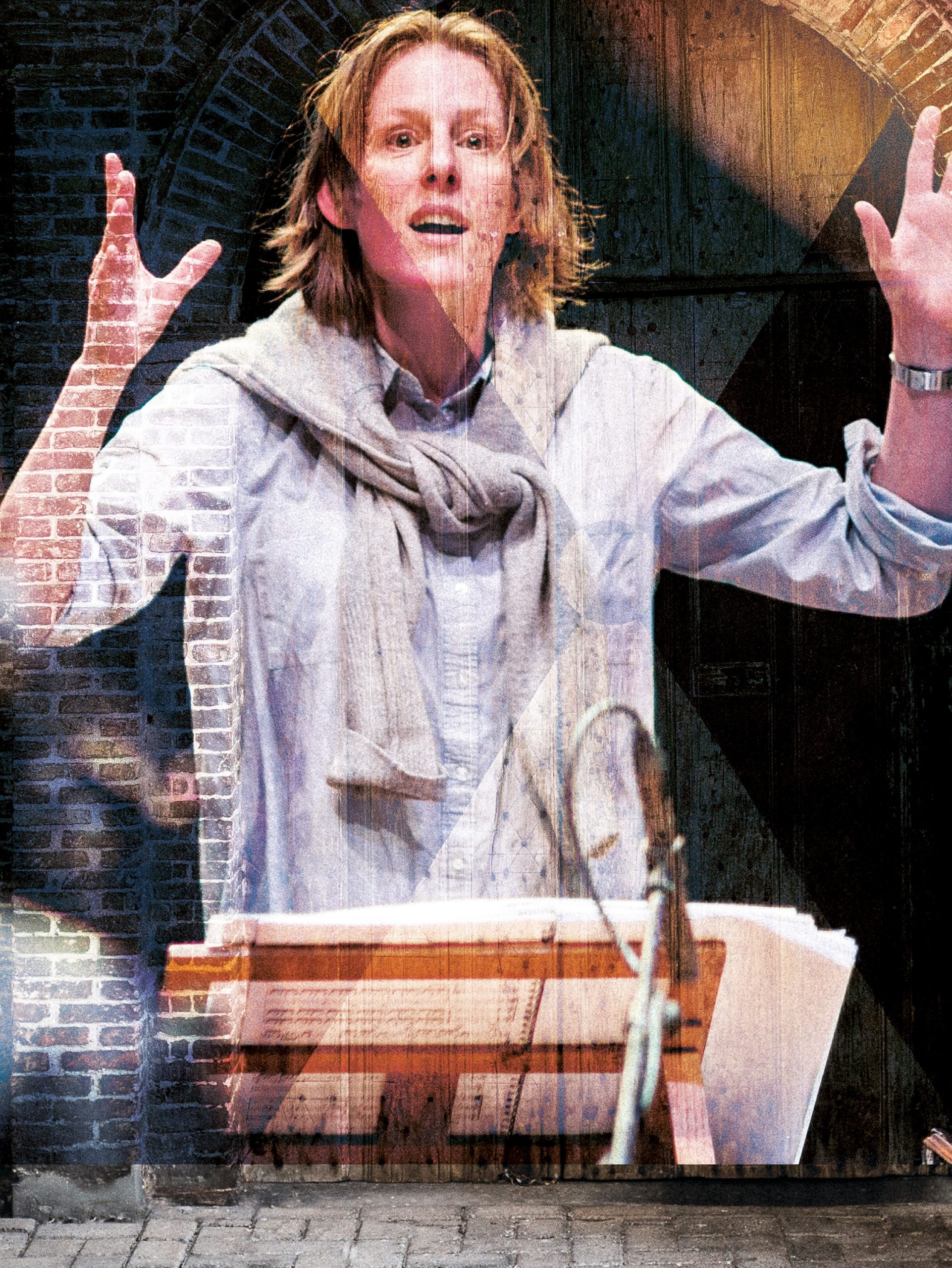 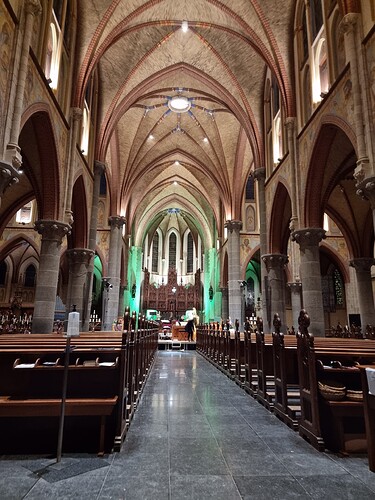 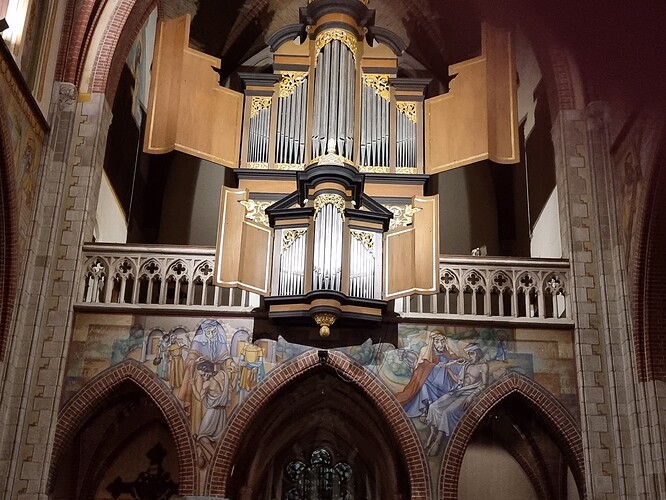 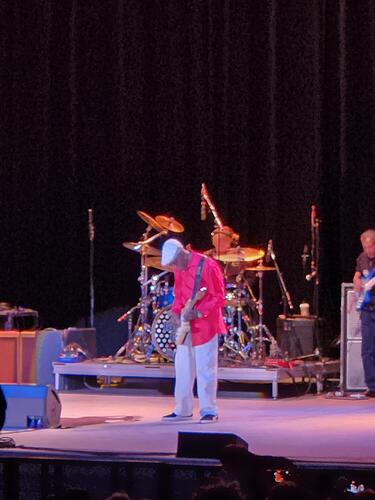 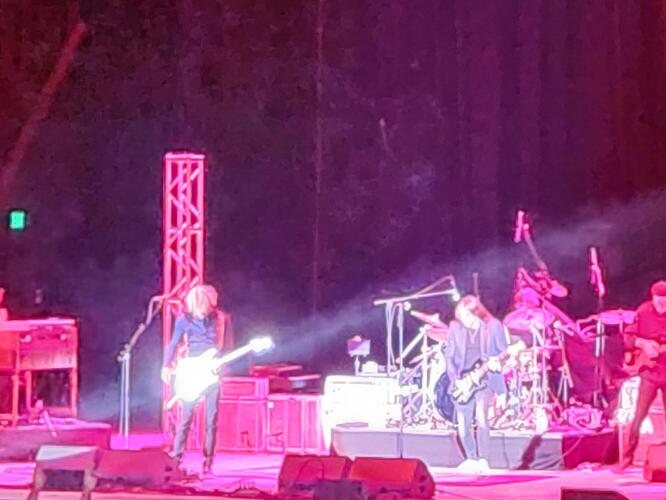 Kenny Wayne Shepard opening for Buddy Guy at the Vina Robles Amphitheater in Paso Robles, California. World class venue. Kenny Wayne was as awesome as ever; but Buddy Guy… he kind of opened slowly, lots of story telling (and countless ‘F’ bombs) interspersed with just a few licks on the guitar. I’m thinking to myself ‘oh well, he’s 86 yrs old, can’t expect too much - I’m just grateful to be able to say I got to see him’. But then he starts slowly building until about 45 minutes into the show he just lets rip and doesn’t stop until the venue turns the lights off (metaphorically.) Amazing, amazing, amazing. I’m 55 yrs old and wish I had half his energy. He spent at least 20 minutes walking through the audience without missing a beat. For me, this sown was up there with the very best I’ve ever been to.

I saw Monster Truck again on Monday night at Rock City in Nottingham. It was the last night of their tour and it showed. They really went for it, an absolutely amazing show, even better than the Wolverhampton gig. I was front and centre too which always helps 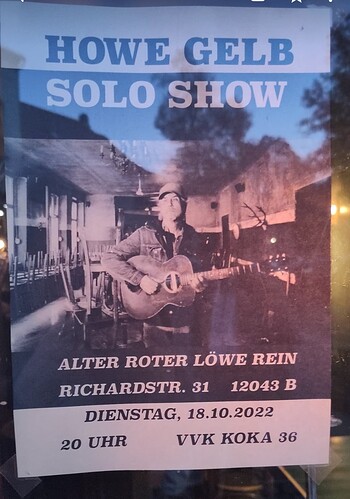 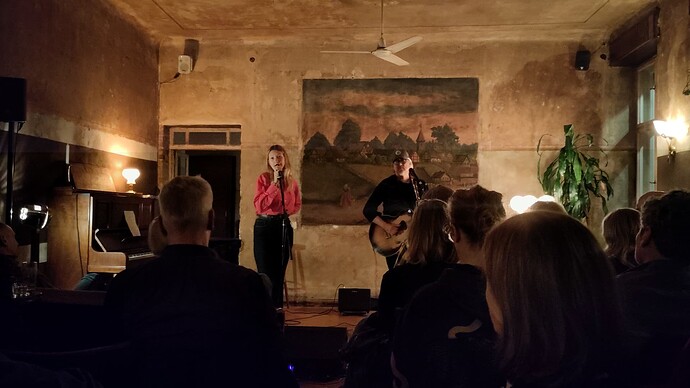 Very lucky to have caught that one, announced overnight on Howe’s insta. Close to being a living room concert in this sweet little bar in Berlin Neukölln, “Alter Roter Löwe Rein”, with Howe Gelb (of Giant Sand), sometimes accompanied by one of his daughters, Talula. As usual nowadays with Howe, some standards, some old Giant Sand songs, some newer ones, and lots of Howe’s warm voice and humor. So lovely.

Listened to this a few days ago and enjoyed the recommendation.

Samantha Fish might only be slightly less sound pressure, but she has some great music. Enjoy the 2 nights.

Your welcome, Stevie is often to be found touring with Elles Bailey as well as Connor Selby, and next month Jo Harman… He is a great player and a really nice chap…

Skid Row were excellent in Wolverhampton last night at a packed KKs Steel Mill. Eric Gronwell is a great frontman and it helps that he sounds uncannily like Sebastian Bach. Close to the stage again which is always a bonus. Enuff Z Nuff were also very good in support. Another fantastic night all round 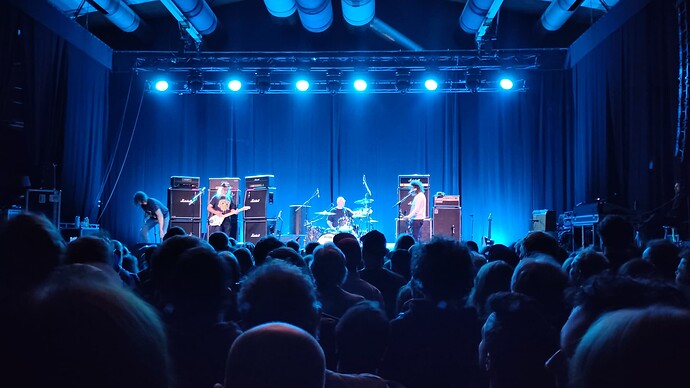 Just home from Dinosaur Jr @ Columbiahalle Berlin. I’ve never seen them play this tight and sound this good. Lou Barlow is getting better and better, totally on point. And it’s so nice to see him healthy and happy (and drunk in a good way). Kudos to the sound guy as well, Dino are not easy to mix and it was great.

ACTORS tonight in Bedford (UK)
It was very green lighting, but the music was good. 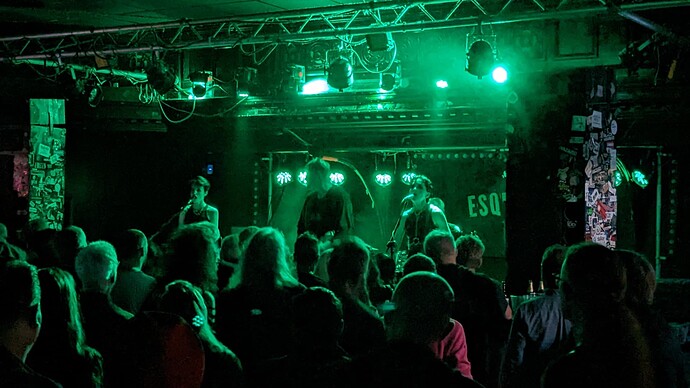 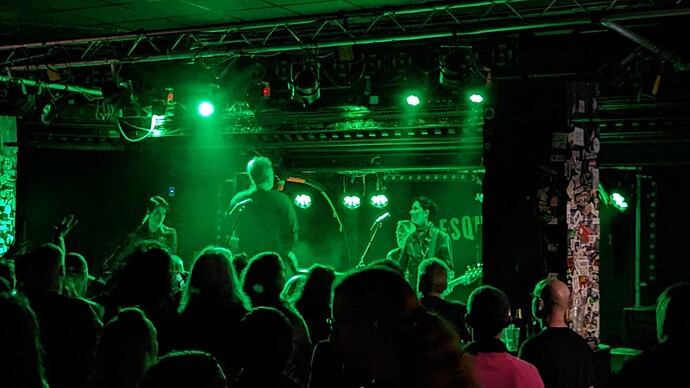 Great concert and the best sound I have heard in the Arena. 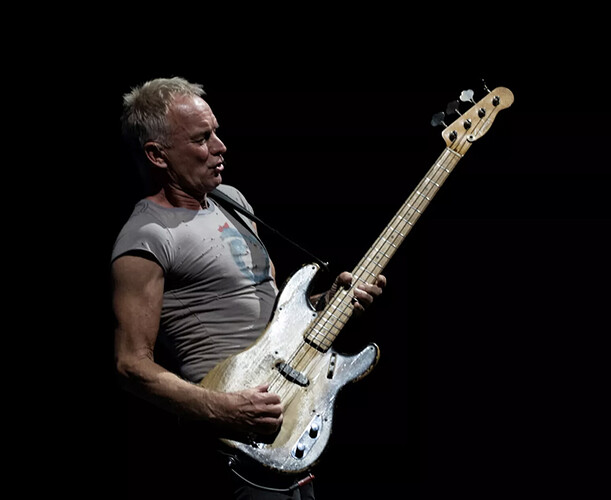 Richard Dawson supporting Pavement in that there London 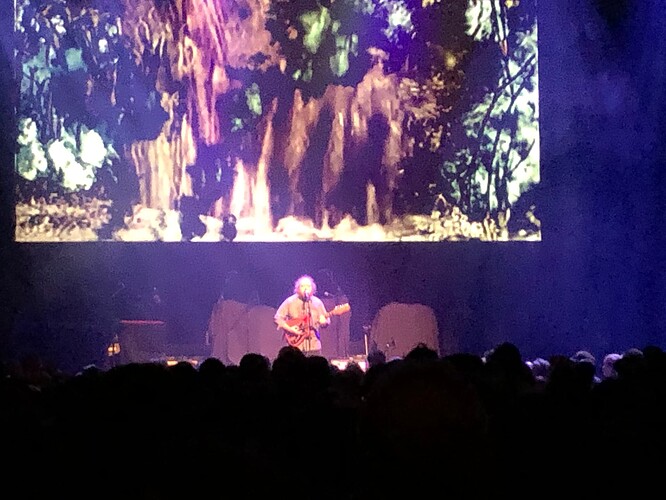