When I edit an album version on Roon, what is the icon to the right?

Someone on this community board (thanks) revealed how one can tag an MQA album for future reference and also indicate that’s it’s MQA by visual reference (MQA appears in small text on the album cover via Roon). When I go to edit the version, I see a small icon to the right, sort of like two pages overlapping. I’ve clicked it to find out what it does to no avail. I thought it might be a way to pull up previously used version id’s in order to avoid continually typing the same information in the version window. Anyone know what this does? See my image. 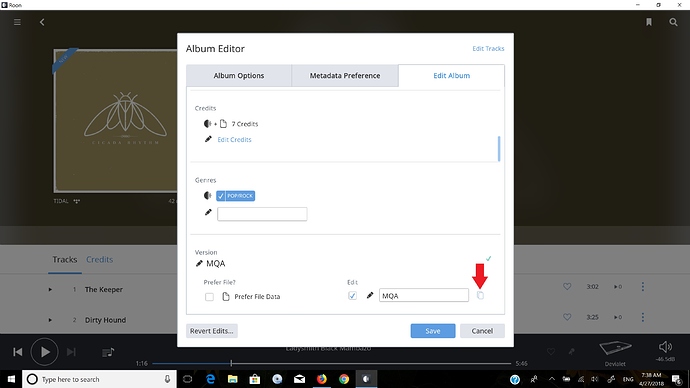 It copies the data from the currently preferred selection, in your case MQA, into the text box for further editing.

Thanks for the reply. I tried clicking the box and MQA suddenly appears and then disappears. Maybe I need to just save it after the click and it will work. I’ll play around with it.