Where is Remaining Time?

Someone put me out of my misery.

Where in heaven’s name is “Remaining Time”? (Either on a track level, or a queue level.)

iTunes has it. Even my cassette deck has it. It must be in Roon somewhere. I haven’t managed to find it in two years of looking.

On the queue page above the radio button there’s a “Radio starts in ##:##” indicator.

Is that what you mean?

Yes I just switched radio on, and there it is.

Problem is, I never, ever use “Radio”. Do I have to start using it find this function? That would be weird.

I don’t follow. Can you see it on this screen shot? 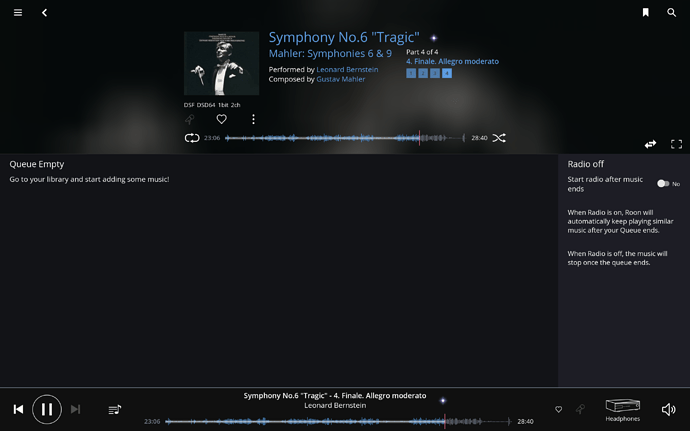 Hi Ludwig,
I think he is referencing the time played values on the left hand side of the wave-form.

I think he is referencing the time played values on the left hand side of the wave-form.

That’s just the played duration of the current track, right?

Yes. I think he was referring to that and also joining you in wanting a definitive “time remaining” counter. One can always do quick math I guess, but who wants to use that side of the brain whilst listening to music.

Turn on the Radio @Ludwig

Hahahaha thanks for the suggestion!

It sounds like a feature request to make it more prominent.

You must have something in the queue, as shown above, for it to show up, otherwise there’s nothing to show the time remaining for. And yes I would like a time remaining on a per track basis. 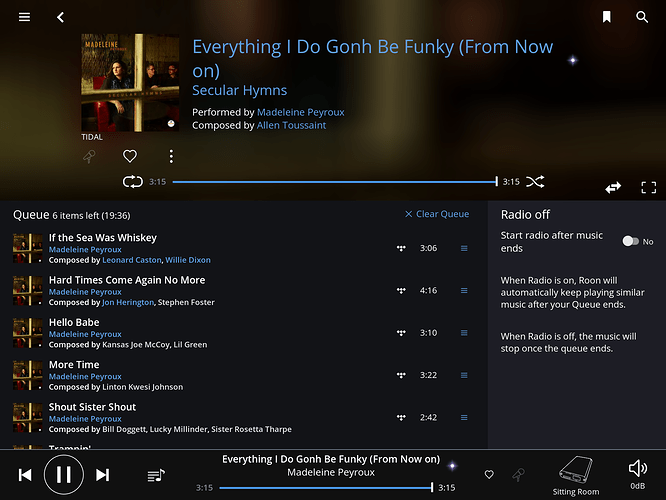 It sounds like a feature request to make it more prominent.

Not more prominent, Carl. For me it’s almost never there. It needs to actually be there!

[quote=“David_Townes, post:12, topic:14415, full:true”]
You must have something in the queue, as shown above, for it to show up, otherwise there’s nothing to show the time remaining for.[/quote]
That is not actually the case. I am playing Mahler’s 7th CD, which stretches over 2 CDs. And yet the queue claims to be empty and therefore I get no remaining time. 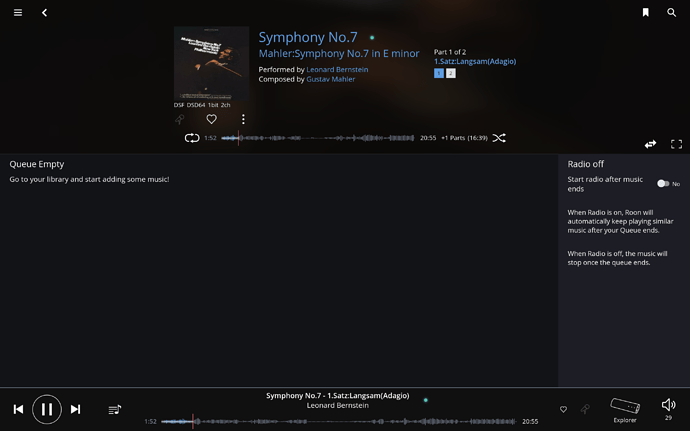 Yes, works with multiple parts are treated as a single queue item, and once the work starts playing, then it’s taken off the queue, so that becomes empty, and no remaining time indication is given.

Still no remaining time of a track in Roon after 3 years.

@mike, What is so hard to add this feature?

Just look how Spotify does it - they have it since years.

But @mike I second this and wonder if this is a design choice. I still, after many years, click the time on the now playing bar expecting it to switch to remaining time. Because every other music app I’ve used behaves like that.

@mike Just in case the requirement was not communicated clearly before:

We only want to be able to click on the below time to toggle between total track time and remaining time: