Which Album has the most picks?

What album have people found that has the most picks ? Leaving aside user defined picks of course. I think Highway 61 Revisited has to be up there with 7/9 tracks as picks. 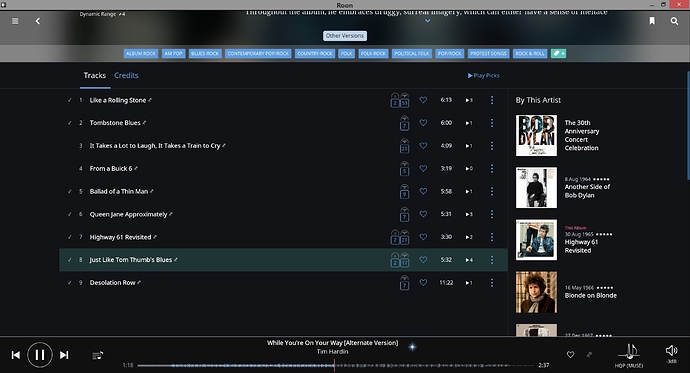 now… if we could have instead Pitchfork’s comments and ratings…

I think that you probably need to restrict this to single disc albums, or else box-sets will reign…