Why are there two "Berlin Philharmonic Orchestra"s? 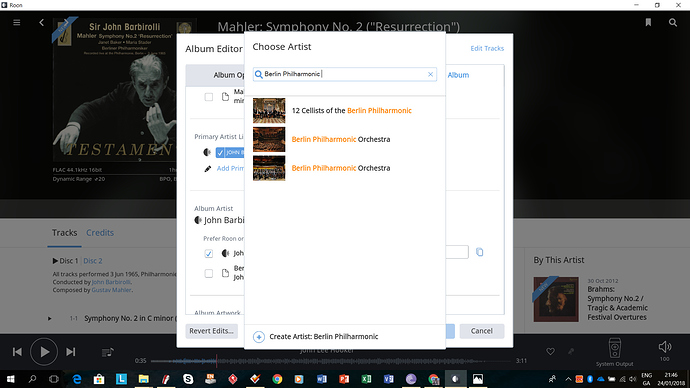 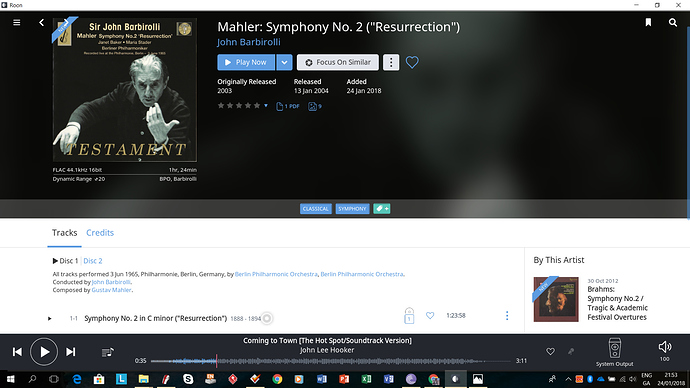 Both the Berlin Philharmonic Orchestra links work but one goes to the first instance above and the second to the second instance. In my library each link references totally different main albums and appearances. So that is my dilemma. Which one should I delete? When I go to the credits editor I see this: 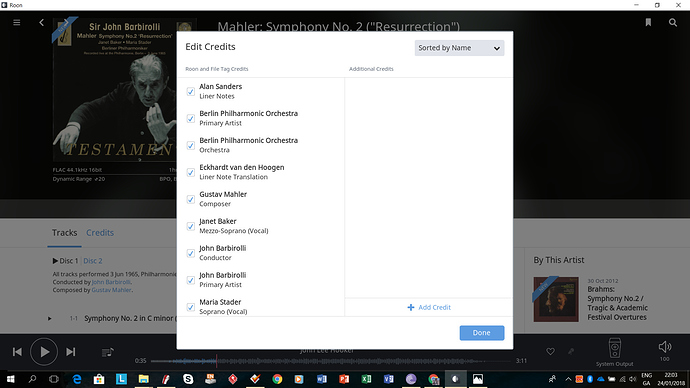 Berlin Philharmonic Orchestra has both a “primary artist” and an “orchestra” credit. I deleted the “primary artist” credit because I get this duplicates problem a lot and that is what I normally do. But I have absolutely no idea what the consequences of that is. For example, how it effects search or radio etc. or roon’s hyper linking in general.

Is there a fix for this? As a general point also. This is a very simple example. It is much, much worse with a large Opera or Box Set. But I find that with Classical, this amount of pre/post grooming is the norm rather than the exception.