Why does it take so long for Roon to "retrieve" and play a track?

I understand why this is the case for a Tidal track, no issues there.

But when the track is on a NAS on my own local Gigabit network, I would like to understand exactly where the bottleneck is, so that I can try to fix it.

My comparison is this: If I am on foobar2000, when I double-click on the same track on the NAS on my local Gigabit network, it plays instantly. So where is the delay on Roon?

Can you provide a bit more detail to help appreciate the difference between “why does it take so long for Roon to retrieve and play a track” and “plays instantly”?

For example, I just pulled up a local album, selected a track and told Roon to play it. I didn’t use a stopwatch but my best estimate is that it started playing in 2-3 seconds.

I also played a Tidal track and it appeared to take the same amount of time, maybe a little bit closer to 3 seconds than to 2 seconds but basically the same.

My Roon core is running on a Windows 10 i7 NUC with local files on a SATA spinning disk. Plex is also running on the NUC. The NUC connects to a Cisco SG200 switch and on to a Netgear Orbi router which uses WiFi to connect to a Netgear Orbi satellite and then on to a Pi 3 B+ also using WiFi.

Well, it seems to be variable. On the LAN I get between 3 to 5 seconds, on Tidal I get 6 seconds.

I would be OK with 2 seconds on the LAN or variable UP TO 2 seconds. So I want to know where the delays are being occurred. Is it on the Roon Server starting to stream/buffer the track? Is it searching for the track at the point I click Play?

And by the way, Tim, how much RAM you have on the NUC? Also, sounds like you have no SSD on the NUC or Optane memory?

And by the way, Tim, how much RAM you have on the NUC? Also, sounds like you have no SSD on the NUC or Optane memory?

My ISP ( the Internet Provider From Hell as I like to call them ) is Comcast / Xfinity and my download speed is supposed to be 150 Mb.

Is your Windows 7 machine attempting to ‘wake’ your storage SSD?

I don’t think we know enough about your system currently to say why.
Music is stored on the NAS (what spec?) but what is running your core and what is acting as control? Is this all wired together via unmanaged switches?
Can you play music from the same device that your core is running on and how does this impact the timings?

For me, Tidal doesn’t take long at all to start playing (don’t have any timings to hand - edit just tried it and tracks start playing in about 3 seconds from clicking play) so you may have a network issue of some sort slowing everything down.

For comparison, tracks from my wired ROCK with USB storage start in about 2 seconds, Both timings when using a wireless mac control playing to a network connected Pi endpoint running Diet Pi and Roon Bridge.

Mine is virtually instantaneous unless my Raid is sleeping then it takes several seconds while it spins up the disks.

it is a pity that Roon 1.6 is just very slow compared to the previous version on any PC or nuc

I don’t know this for fact, just an educated guess (Roon correct me if I’m wrong) that with Roon being a client/server architecture, when you select something on a “remote”, it sends a message to the core to start playback. The core in turn has to communicate with the endpoint and then start shoving bits to it. That is not the case with foobar.

I’m really going out on a limb here, but based on what I see, there are no shortcuts if your core/remote/endpoint are one in the same system.

I’d love it to be as fast as foobar, but then foobar isn’t the architecture I want, so it’s the price you pay.

So far one potential source of delay has been revealed: if your HD/NAS is asleep, it takes time to wake it up. I will look at this.

Also was wondering how much does the performance of the computer influence the speed of search and preparation of track for streaming.

I think there are various issues. I don’t thing delays in playback (which I don’t suffer from) can be conflated with some occasional slowness in pictures loading (which I have seen inconsistently).

Maybe, but it’s a fact for me, the 1.6 upgrade has slow down the total system

Agree, playback of local files much slower than before. Formerly started almost direct, now we have to wait. It´s not about measuring seconds, it just feels slow, and that´s actually the point.

Could imagine that Roon is trying to loaded pictures and additional information prio to playback start. This could cause an additional delay.

P.S. and for local files there are cases where it is even not possible to display the „file information“… it will search forever. Strange! 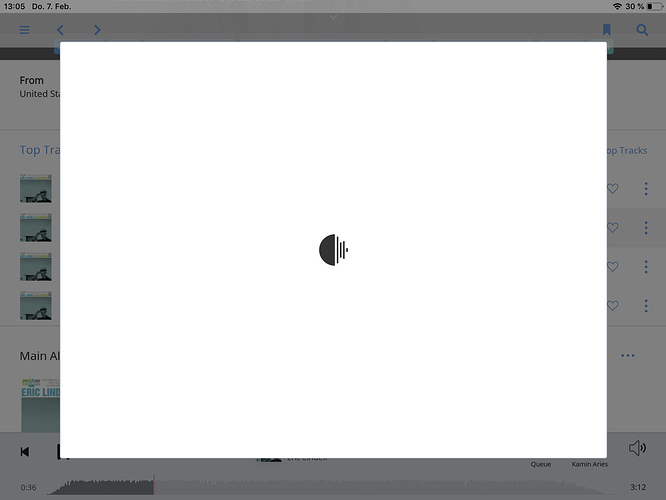 As it turns out, an i7 6-core 8th generation with 16GB of RAM does the trick.

Same spec as me. I am running ROCK on the machine and only 8gb. Processor is an i7-8700

Just tried , a track change ie listening at the time, it was almost instant