Description Of Issue
I just installed a new Core using ROCK on the above mentioned NUC.
I decided to rebuild my library from scratch, in an effort to clean up my media and Roon database.

And, out of the 7.200 albums i found around 500 non-identified albums when identifiction was done. I do have a certain amount of albums which are a challenge to identify, of course.
But, now when i am going through these unidentified albums there are MANY that should be identified but won’t?

Let me show an example:
David Gilmour - Live in Gdansk, 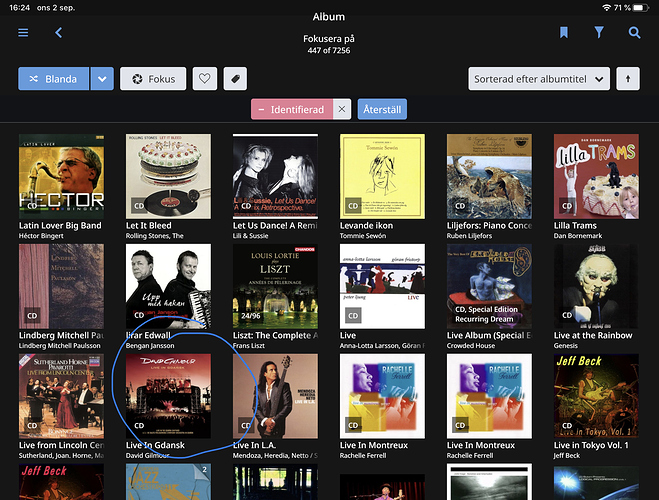 When viewing the album, selecting “unidentified”,

Alright, these are what Roon found reasonably similar, 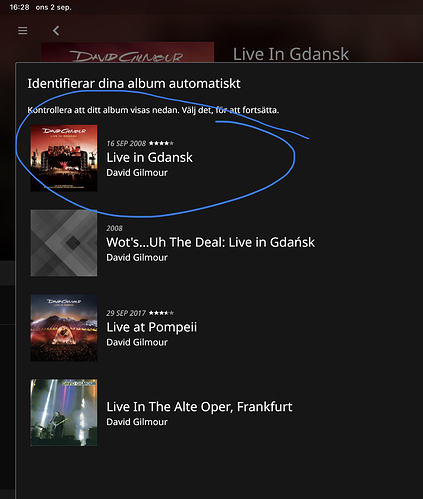 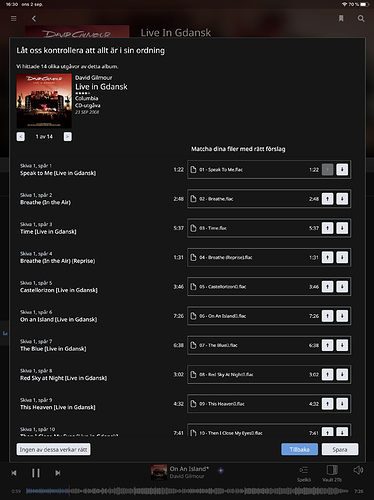 image2048×2732 551 KB
Why, oh why, do you maketh me click in absurdum, when the Album should be automagically identified? There is nothing visibly wrong with this selection?
And yes, i have selected the album before and tried Re-identify, no match…
dylan (Dylan Caudill) September 3, 2020, 11:30am #3

@Mikael_Ollars — Can you send over this album? We’d like to test this out internally. Thanks!

Oh, apologies, that was confusing! I fulfilled @Dylan’s request!