Why not use the max bandwidth settings available on the AP for both 2.4G and 5G?

If you see more than a few 2.4GHz WiFi networks from your neighbors, using the max bandwidth for 2.4GHz will increase the likelihood of WiFi channel overlap and interference, and the loss may be more than the gain especially with streaming content.

Umm, streamed content is mostly to wired devices.
The streamed content over WiFi I have is to my iPad, iPhone - so the occasional YouTube video (e.g. Analog Planet & John Darko).
Enjoying Gregory Porter’s “The Hang” podcasts at present, but they download and they are played locally.

This is a good choice. The Ubiquiti AP control software has channel analysis built in and will automatically recommend the least utilized channels.

I also have the Synology router connected by ethernet to Small Green Computer sonicTransporter i5. Works very well.

It [UAP-AC-HD] turns out to have a shorter range than the dying RT-AC3200 it replaced, and is not as good in passing through obstructions. It is stable, but I’ll need to explain to coworkers why their WiFi reception deteriorated. I’ll have to purchase additional units to compensate for the range in the future. Apparently not having a long range is a feature and is a good thing for high density usage according to fans at Ubiquiti forum.

Shortly after the above post, I restored the RT-AC3200 for 2.4GHz WiFi only, as it had better range.

Recently, we have relocated our office, and have purchased two more units of UAP-AC-HD, and kept the original unit as backup in case we run into a range issue again and need to install the third one. The RT-AC3200 is retired.

5GHz works really well in our new office. However, the 2.4GHz is not. A coworker couldn’t get a stable 2.4GHz (set to 20MHz bandwidth to minimize conflicts with other nearby WiFi from other companies) connection with a direct line of sight of a UAP-AC-HD through a glass door from a Note 8. After switching to 5GHz, the phone works well too, so I don’t bother to solve the 2.4GHz issue.

The following is my personal recommendation.

If I were to buy a router today, it’d be AC86U, not AC88U because the former uses newer hardware, the prevalent positive reports in my local computer forum, and the possibility to run Merlin firmware.

Is your recommendation today to go for the newer RT-AX86U ?

Heard any issues about it?

Edit: seems to have a limited worldwide release so far.

Personally I recommend the AC-Pro Unifi units not the HD version. I have these installed at a couple of clients and coverage is very good even over multiple floors and for one location a single AC-Pro was enough for the whole office.

Most wifi will have issues with concrete walls and floors due to density of material and rebar - in my house I need essentially one AP in each room due to old concrete construction and 2 levels, plus a lot of other wifi in the area.

I stick with wired where ever possible.

Personally I recommend the AC-Pro Unifi units not the HD version.

I wish I had read this before I purchased the HD at work.

HD is probably fine if you have a lot of people in a smaller area but the LR is perhaps a better bet for wider area IIRC. These models are all probably replaced by newer ones now as what I installed is a few years back already when the AC-Pro was fairly new.

Overlapping in the 2.4GHz bans is terrible and you should do some spectrum scans to determine the best channels to use. 1, 6 &11 are about as far apart as you can get without interference between AP’s. 5GHz is far more forgiving and best to use unless your devices have no 5GHz options.

Yes, that’s why I always tell everyone to use 5GHz.

It is a mesh wifi system and extensible.

For the purpose of Roon, if one already has a non-replaceable non-configurable ISP router, there is a limitation with Google WiFi.

Although a bridge mode is present, one cannot use multiple devices (that Mesh is meant for) with it:
https://support.google.com/wifi/answer/6240987?hl=en 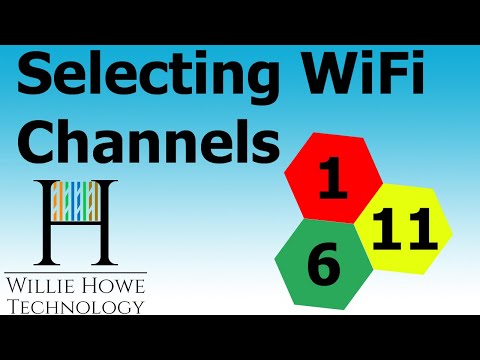 A few reports claim that it performs better and with better signal quality than the more expensive predecessor AX88U.

It also adds support for 2.5Gb Ethernet port. I’m surprised that the world is moving to 2.5Gb not 10Gb for consumers.

2.5 GB (and 5 GB) Ethernet was specifically designed to support the higher than 1 GB/s bandwidth need of the (back then) upcoming successor to 802.11ac with the consumer’s existing CAT5e and CAT6 cabling and thus avoiding the costs of upgrading to 10 GB Ethernet.

I thought that with economy of scale 10Gb can be the next step, with auto negotiation back down to 1Gb if the cable is not changed. Some NAS even has that built-in right now. Clearly I’m wrong.

The 10 GB Ethernet standard predates the invention of 2.5 and 5 GB Ethernet so 10 GB devices based on older revisions of the standard will never negotiate to 2.5 or 5 GB speed – they don’t know about it. They will however negotiate on 1 GB Ethernet, but this is not enough for 802.11ax ( Wi-Fi 6). Also there were competing and – as far as I understand it – incompatible first implementations of 2.5 and 5 GB Ethernet (see for example this article).
While in the meantime 2.5 and 5 GB Ethernet got standardized and integrated/amended to existing standards as well, it seems to me that when it comes down to compatibility – especially for CE devices – it’s left to the users to figure out working combinations of devices that are able to actually communicate with each other with 2.5 GB/s or 5GB/s speeds. As so often before, it seems that the only important thing is that the marketing department can put a feature on the plus side in order to hold up prices.

For most home users without special requirements or range problems, I still think one single WiFi router is simpler to use than a router plus another WiFi access point

It seems that streaming and controling Roon via WiFi is a special requirement.