Only when you have a cheap one with poor WiFi.

lots of users with not so cheap ones report issues here.

They do and they do so on every software and hardware forum. Computers often don’t work that’s why there is so many manufacturers offering different facilities. Going round each thread moaning isn’t going to make your router any better performing.

@ged_hickman1 Roon has special network requirements that even Roon doesn’t seem to fully understand. Or if they do, they certainly don’t publish them. Read what @anon27032421 has to say.

It seems that streaming and controling Roon via WiFi is a special requirement.

Not really,you just need to understand a little about what you are doing, and listen and learn from those who do not have these problems - many of whom are also part of a silent majority.

lots of users with not so cheap ones report issues here.

Well not exactly lots (please define “lots”) and what are all these “not so cheap ones”?, Human nature being what it is, we generally only hear from those (probably only a few in the greater scheme of things) having problems which distorts the real picture, because people who don’t have problems, don’t make threads about that.

Roon has special network requirements that even Roon doesn’t seem to fully understand.

Will you kindly define these special requirements so we can understand exactly what you are getting at? I believe there are posts of successful network implementations, and even the odd recommendation, but you don’t seem to want to pay what those solutions cost.

Perhaps the best way forward for you to select a suitable router, would be for you to provide a budget guideline, so that someone might then be able to suggest a potential solution you will accept?

I believe there are posts of successful network implementations, and even the odd recommendation

But, once again, no one knows why they are successful. It’s not about the router; Roon works fine with my aging R7000 and its WiFi. It’s that we don’t know what the actual issue is that makes Roon so finicky about WiFi.

Fair enough, we don’t know why, but if we do know of successful solution implementations, then that should hopefully provide a pool of probably good kit to use to get a successful outcome?

If we knew why they were successful, I’d agree with you. Without that, it’s just cargo cult magic.

To answer your question in the other thread, AC68U (2013 product) was good at its time. I understand not everyone wants or needs the latest and greatest, but this would imply one would also sacrifice the use of newer WiFi 6 if one do purchase a newer smartphone in the next several years.

It’s not just roon that bends WiFi out of shape my work software wouldn’t behave until I flooded my house with a mesh setup. WiFi is like mobile phone signals used to be, four bars on the phone being actually meaningless if the local tower was flooded with traffic, deadspots, signal drops, all whilst using good equipment.

Will you kindly define these special requirements so we can understand exactly what you are getting at?

I am getting at the lack of specific network requirements. We get recommendations for “good performance networks” and some brand names are mentioned. When I asked specifically I was told to replace the ISP provided router with a “better router”. Too much is left to the Roon paying user to test for themselves, at their own cost. Go get an Asus router, maybe you get lucky…
It’s not that I don’t want to pay - I don’t want to pay to end up having the same problem. Roon recommends Asus, but users complain about Asus as well.
it seems the only brand that has almost universal “approval” is Ubiquity so I’m researching that.

There a few good YouTube channels that give from scratch UniFi setups and guides. Willie Howe is one, crosstalk solutions another

Yeah, I already found both - thanks. Feels like going back to school though.
Roon should put this in their requirements: “solid understanding of computer networking”

Another Ubiquity fan here Unifi stuff is great rock solid but you need some networking experience to setup. Only have 38 clients on right now and stereo is shut off…
Anything Audio is hardwired except Roon remotes and HomePod. Smart climate control, smart electrical, two stereo systems. Highly recommended

The Pakedge stuff looks interesting but have not worked on it…

Netgear r8000 I just setup for kids they love it. Gives them coverage in the front and back yard were their TPlink did not work before…

Ubiquiti is great once you get it working but getting devices adopted initially can be a royal pain in the backside. I recently swapped out an ISP router for a USG and had to resort to SSH to update the firmware before being able to adopt it into my config via Controller. Once running it’s.generally rock solid though and definitely the best WiFi experience we’ve ever had.

My coworker got an EdgeRouter X (not a WiFi router) but was unable to configure its switch to pass multicast packets. Without that working, Roon and our products cannot work. Not saying this is impossible, but he gave up after two days (personally I think he should spend two more weeks to try to figure that out before giving up

For home use by the average consumers who are not network experts, I have some reservations against suggesting them to use these kinds of corporate use products.

It is the “Do It Yourself” aspect of users setting up networks on their own which makes knowledge about network technologies a requirement. The reduction of the DIY part helps to lower the level of knowledge required from the users but may come with additional costs.

Do not buy any of the “Edge” products. Everything has its time and place and this gear requires a decent level of prior knowledge to use properly. Of course, if you want to become a “network engineer” in your spare time they are a very cost effective way to get into that profession.

The Unify stuff is “enterprise grade” but when you peel back the layers you’ll find a number of “enterprise” features which are missing. Nothing that is required in a residence which is why this “enterprise” grade stuff works so well within a residence. However, it uses a lot of enterprise based standards so the system can work as a whole. It’s great stuff and not difficult to set-up but overkill for most people who just want something that works and not interested in taking up wifi networking as a hobby.

Ubiquity tried to solve the “enterprise” problem with Amplify. The early stuff was not great and you’ll find many people who say “stay away”. However, the newer “Alien” stuff looks very promising. I think they finally got the residential side right by bringing over a lot of the Unifi features into a 1 or 2 box package as AmpliFi Alien. I am not in a position to buy and test this stuff so cannot so have no first hand knowledge but early stuff I’ve read look very good.

Now, somewhere between Alien and full Unify is UniFi Dream Machine. This is similar to the Alien but uses the more “enterprise” level interface. This is also a good choice if you don’t want to go full Unify build-out. However, unlike Alien, this is not a 1 box solution. You’ll probably need to integrate Unify APs for whole home coverage.

Summary:
Edge - No.
Unify - Only if you want to make networking a new hobby (although, it’s not difficult).
Unify Dream Machine - Yes, with a little more work to get 1000+ sq ft of coverage.
Amplify Alien - Yes, 1 box solution closer competitor to Orbi and Google Mesh

People who are obviously more knowledgeable than me advise here against the Edge router.

I won’t enter into a dispute with them, just want to share my very limited experience that goes against such advice.

I setup my Edgerouter X two days ago, it took me about 20 minutes to do the whole network swap from the old ISP router to the Edgrouter and one Unifi AC-lite AP, including configuration of router and AP.
I have zero networking experience or background - I followed the very simple instructions from two youtube videos, this one for the Edge router:

and this one for the AP 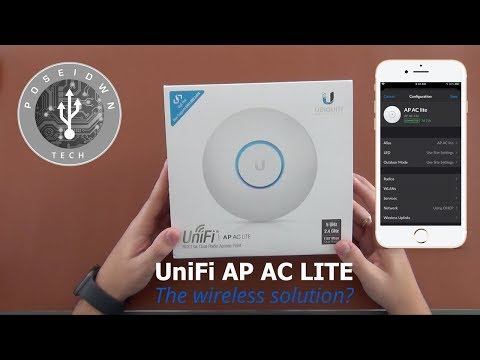 Both the router and the AP have IOs apps that allow the basic network configuration that I need in my simple home network.

I did look at all the Ubiquity products; I’m convinced that the Unifi range is great and possibly so is the Amplifi one, even though there were some voices strongly advising against it… but they are more expensive.
I choose the cheapest setup possible that seemed feasible for me, without switches or network controller. I have just a router and two AP’s; one AP is powered by the router’s PoE port, the other will get its own PoE injector. So far so good.

@wklie I don’t even know what multicast is, have not attempted to configure the edgerouter for it, but Roon works fine on my network, streaming to all endpoints without issues.

Here’s the thread I started about this project
https://community.roonlabs.com/t/ubiquity-setup-for-roon-wifi-streaming

I have a 3500 ft^2 house (325 m^2) and up to about 4 years ago I was using an Apple time capsule and an airport express as my wireless access points. It was just barely enough. When apple dropped support for their networking products, I bought a Ubiquiti amplifi system and frankly it was flawless for me for a year. My wife works from home (even before covid) and we tend to upload and download about 400-500gb per month to the external world if my ISP is to be believed. I have about 35 wireless clients and about 10 wired clients, from computers, to servers and printers. Not a minutes worth of trouble and good coverage with the three points. A co-worker upgraded his unifi security gateway and I bought his old one. So I upgraded to three wireless access points (nanoHD) and a POE switch. It is rock solid as well but you have to do a bit more work to understand what you are doing, but honestly we all have to be network engineers these days with the growing number of things connecting in our homes.

Working with two lines of the ubiquiti stuff and helping friends with their home networks just shows how absolutely awful most home networking gear is. Even if it’s a little painful, I strongly recommend that you give more enterprise type gear a try (like ubiquiti). Even ignoring the extra features, the reliability boost is well worth it in my opinion.