I am unable to retrieve the new wikipedia information on Roon on my computer, which is also the core. But I always control what I play from my core. I see the new access to the Wikipedia info on iPhone, but not iPad.

I have gone into settings, updated everything, English language etc., updated apps everywhere, including redownloading Roon on Core.

This is frustrating, hoping someone can help me to positive resolution before Xmas. Thank you

Make sure all devices are running the latest version of Roon software, and then restart your core.

Please provide some screenshots of the issue. Thanks.

For some reason, the image failed to upload.

I have gone into settings, updated everything, English language etc.

Have you set the settings for all devices? Editorial content has to be set for and on every remote and every Arc device individually.

I’ve done everything, and it doesn’t change anything; and I will try again to send you a screen shot

Is it only the iPad that doesn’t have the Wikipedia content?

If so, what version of iOS and Roon is it running?

It is the iPad and MacBook Pro which does not have the wikipedia info. On the iPhone, I get both Tivo and Wikipedia. 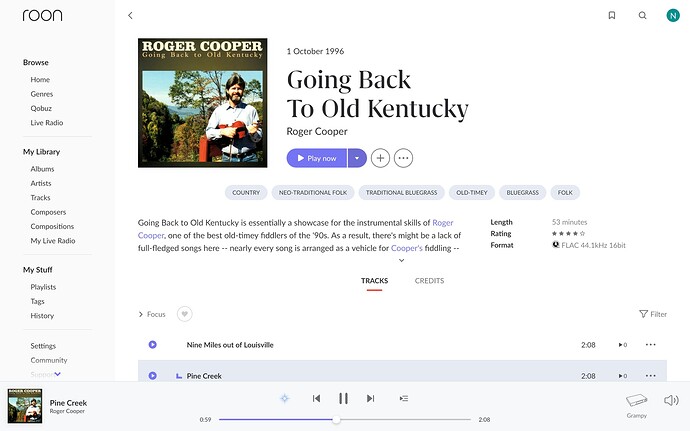 Did you expand the info with the downward arrow? 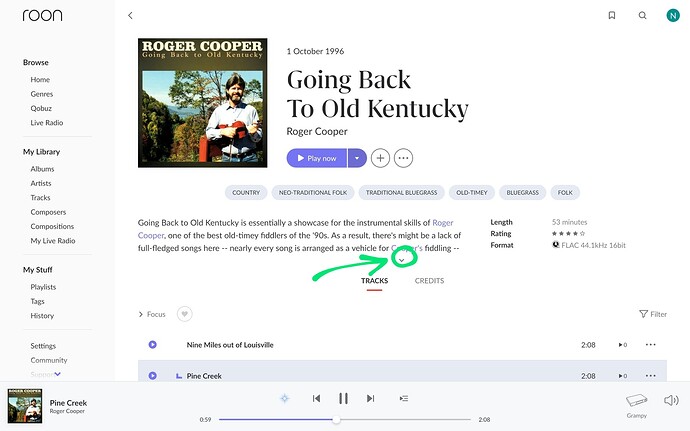 I think I solved the issue with your assistance. The little arrow seems to be the trick. Also, to be safe, I re-downloaded the app on my core. It is working! Thank you!

This release doesn’t have a Wikipedia page, which is why there is no dropdown to select source.