I’ve put this in Tinkering because it involves editing the Registry and like messing about with power you should call an electrician if you don’t know what you’re doing.

I use Remote Desktop to access my Music Server running Roon Server on Windows 10 and lately it wasn’t working from my PC although the iOS RD Client app still was.

I was getting an error message as follows:

An Authentication error has occurred.
The function requested is not supported.
This could be due to CredSSP encryption oracle remediation

Anyway, this edit to the PC Registry fixed it.

Presumably my oracle is now remediating to her heart’s content.

I had the same issue. It seems that there was some type of Windows update involved to break it.

The fix for me was to Uncheck the “Allow connections only from computers running Remote Desktop with Network Level Authentication” because at the time I did not have time to drill down into the reason.

I do not allow Remote Desktop coming in from the outside and so I think that I am ok. 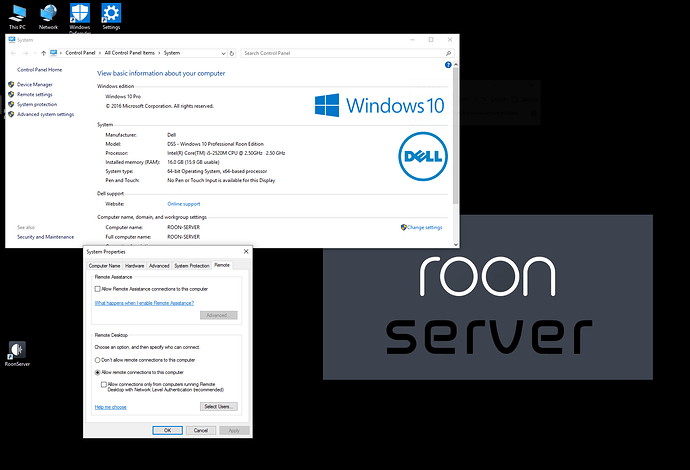