I have an issue with Work / Part tags. I have an album where the last track of a work is not recognised as part of the work:

I’ve created two tags in MP3Tag (Work and Part) but when I try to tag the files it won’t let me save anything under the tags. Any thoughts welcome.

Given this appears to be a Rovi problem I wonder whether a sticky thread for all examples of this might be the way to go (sorry @joel).

Not sure about a sticky thread, but I’m happy for work/part metadata issues to go here (and I’ve changed the title of the thread accordingly).

Note: Rovi sometimes treats fragments of works as separate performances even though they are contiguous on the disc. We have an action item to “fix” this our end, because it’s not something that Rovi will do.

Your example does appear to be a mistake and I’ve let Rovi know.

Just found another one that I can’t fathom.

I have a recording by Colin Davis and the RCO that Roon says was released in 2000: 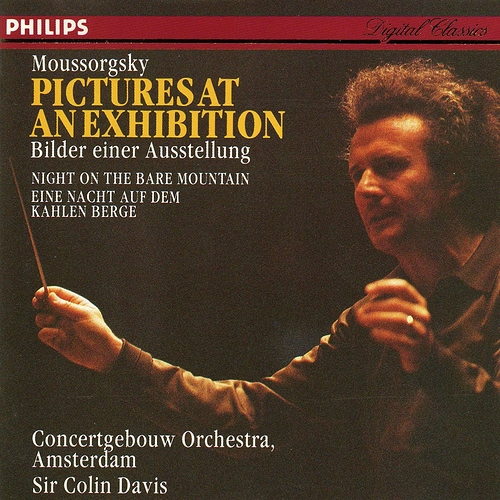 Roon’s metadata told me the album was by “Sir Colin Davis and the Royal Concertgebouw Orchestra” and the first work, “Pictures at an Exhibition” is split into three separate sections each called “Mussorgsky”. 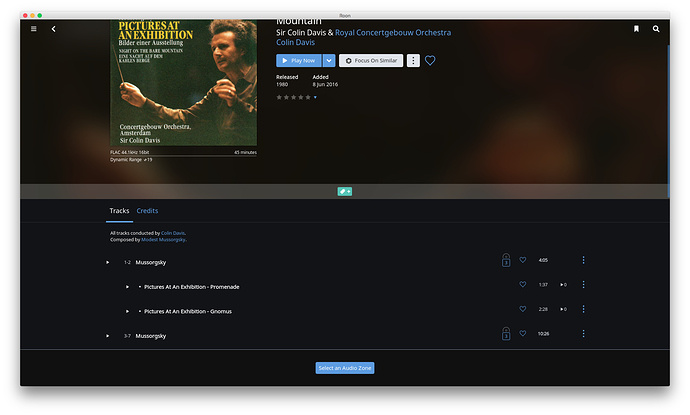 I can’t even find the album on Allmusic, and I’ve searched under both Colin Davis and the RCO. I’ve managed to edit the artists but the Work seems to be bad metadata.

This is a bug, plain and simple; and an awkward one. I’ll discuss it with the team.

Edit: and yes, I don’t believe that Rovi has this album.

Thank you. One thing that confuses me is if Rovi don’t have this album how come it identifies it? 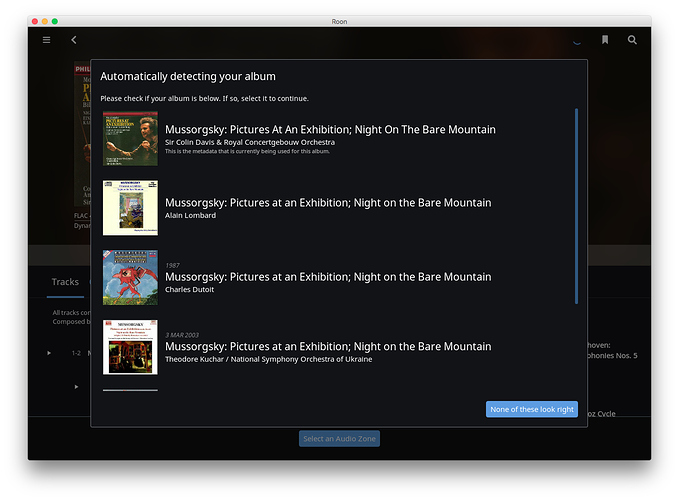 We don’t just use Rovi