I am a big proponent of having songwriters and composers acknowledged on all tracks. I have been filling in my blank Composer tags. However I am noticing that some tracks have a Writer but no Composer tag value supplied. The Writer value does not show up in the Composer screen or any list that has a Composer column.

I have also noticed that if I “remove” the Writer and replace that person as a Composer, they still do not shown the Composer screen or any list that has a Composer column!

Or is Writer a role unlike a Composer?

I don’t think this is a “Writer vs Composer” issue–I believe that we treat those credits consistently.

However, the user interface is making some clutter-reducing choices that sometimes hide composer information–particularly for genres that aren’t typically viewed as composer-centric. 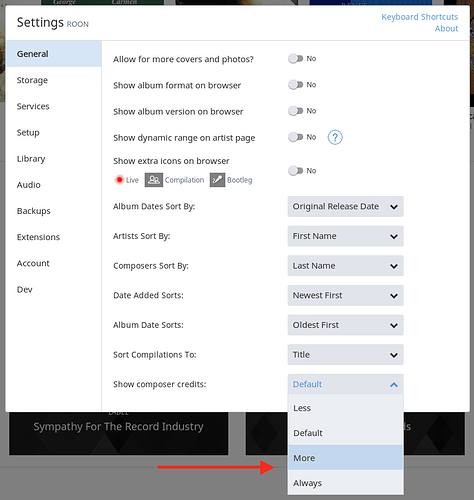 Brian: thanks but I have had Always…loved that change as I really appreciate who wrote songs and works.

Do you treat a Write role as equivalent to Composer role? I have some cases (Elvis Presley 60’s masters box set) where Writers don’t trickle down to Composer

Brian: I think I see the scenario / pattern that is the issue:

My Settings has “Show composer credits” set to “Always” (has been since load of 1.3)
I have the Elvis 5-CD box set “From Nashville to Memphis: The Essential 60’s Masters”.
This box set has both Composers and Writer roles assigned. There’s a lot of both but looks to be about 80 Writers) 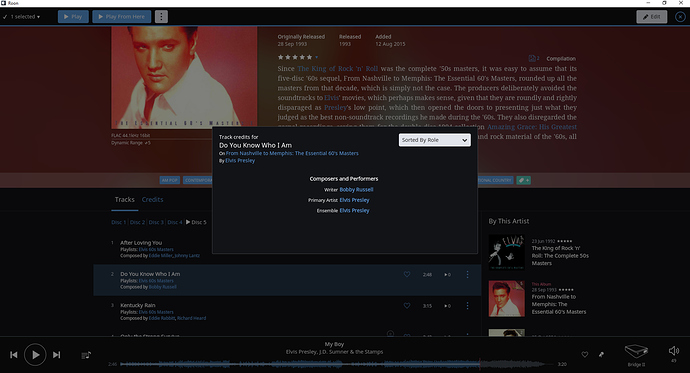 If I click on “Bobby Russell” in the Track Credits OR in the track 2 link nothing happens. 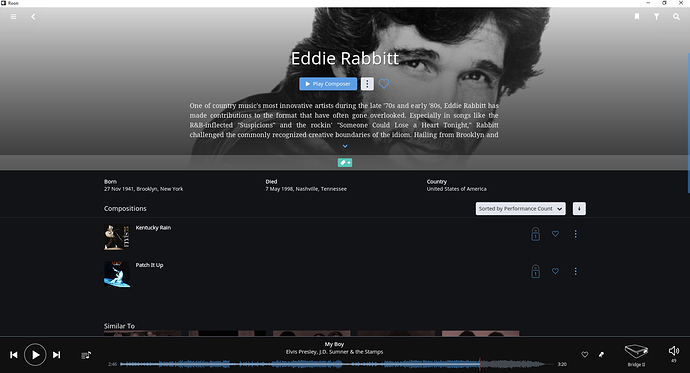 However note that “Eddie Rabbit” WAS a Writer originally from identification. I replaced him as a Composer (to be consistent with all my other albums and hoping to fix this problem) 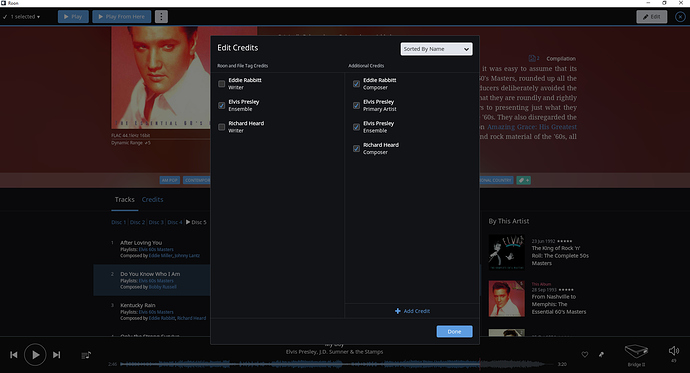 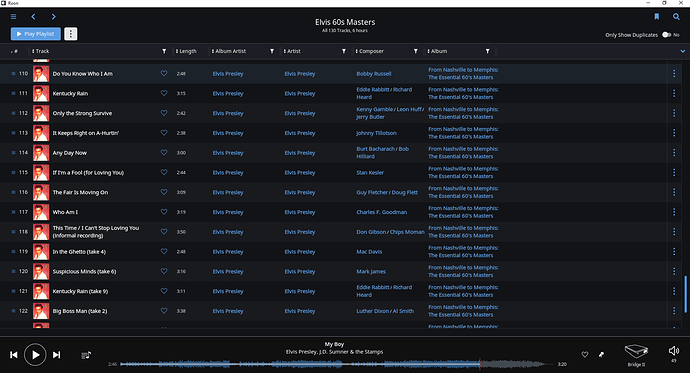 Maybe this box set is the problem but until I stumble on other albums with both Composers and Writers (and I believe Writers assigned by identification) I cannot verify that.

Again, songwriters are very important to me and this box set or Roon seems to have a fault in that department.

Hope you can help