In September 2018 Gearbox Records released a set of Thelonious Monk Quartet recordings made in 1963 in Copenhagen with the album title Mønk (note the ø, an o with a stroke). roon’s version of the title is Monk (the o without a stroke). This leads to some confusion as roon then uses the allmusic album description from an album titled Monk released by Columbia. Since the tracks on the two albums are completely different shouldn’t roon’s criteria have noticed the error? Allmusic does not have a description for Mønk, though it is listed there. roon does correctly identify Mønk as having been released by Gearbox; more criteria it could have used to get the description.

Can you share some additional details and screenshots about this album, as mentioned here?

The album in question is local. Here is the screenshot when roon is selected as the Title source:

As you can see, the title has “o” rather than “ø”. The description is also for a different Monk album (titled Monk) that was released on Columbia. The songs the description talks about are not on this album; here is the track list for Mønk. 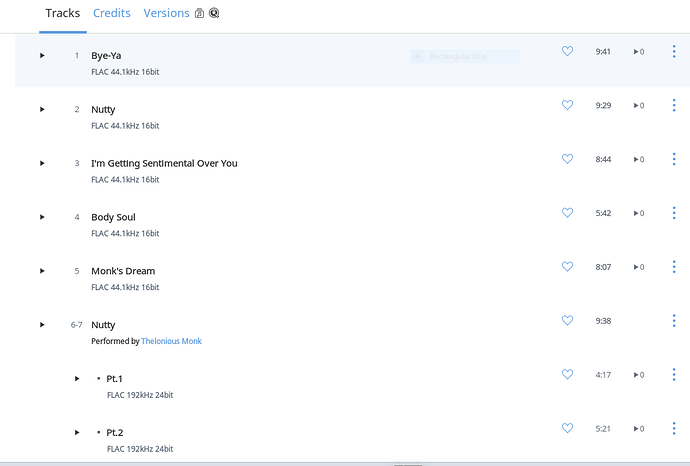 The download version of Mønk, which this is, has the two parts of Nutty which are not on the cd version. I do not have the Columbia Monk in my collection, though it is available in Qobuz.

The album was automatically identified.

To help with the possible confusion, here are three Thelonious Monk titles that can be confused:

I should add that most of the credits for Mønk are incorrect. The label is correct (Gearbox), but the dummer and bass player are wrong, they are the drums and bass for the Columbia Monk. (Charlie Rouse plays tenor on both Mønk and Monk and of course Thelonious is on piano on both so roon could have picked the wrong source for these two and still have been right). The production credits listed for Mønk look to be entirely for Columbia Monk. The recorded date is incorrect, Mønk was recorded in 1963 only Monk was released in 1965, the date roon gives for Mønk; Mønk wasn’t released until 2018.

@dylan Would be great if you guys could change his artist picture as well. This one doesn’t really look like Monk: no suit, no glasses, no hat 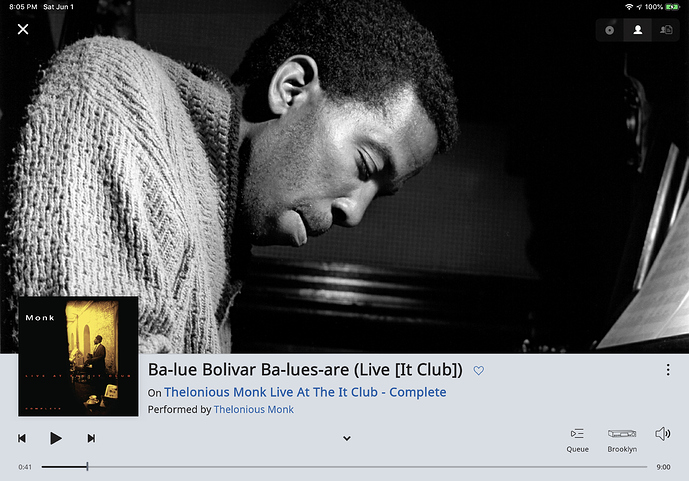 And to add the confusion, roon think Mønk and the 1954 Prestige album Monk are versions of the same album. Both do have 7 tracks, but the timing of the tracks, much less their titles, are very different. Does roon look at nothing but album titles in metadata processing? 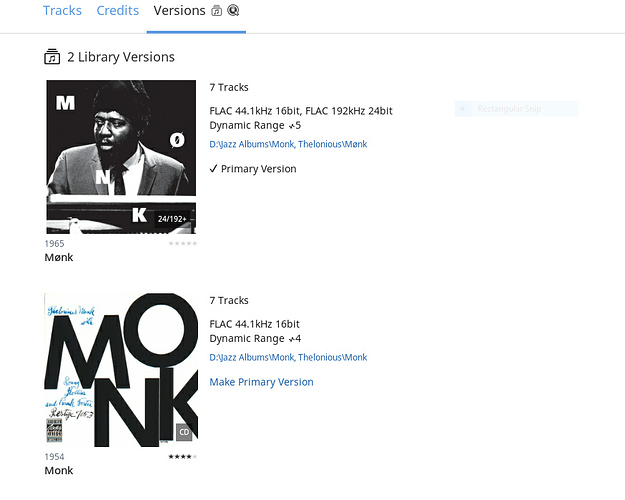