A recent album by the Sinfonia of London on Chandos shows the incorrect album art in Roon.

Here is the Roon album art: 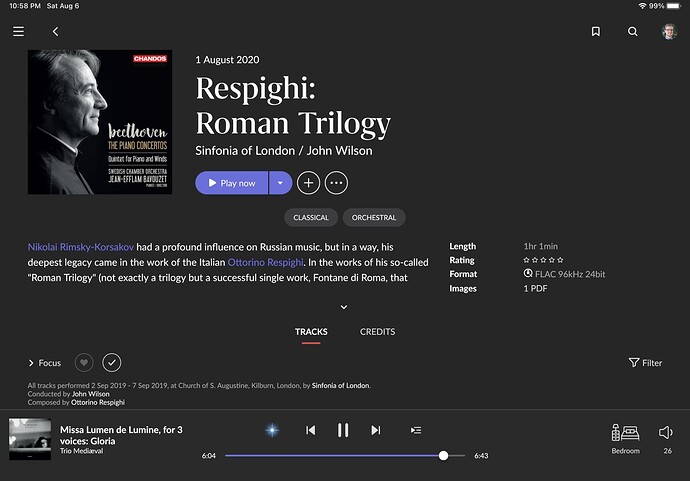 Here is the correct cover art: 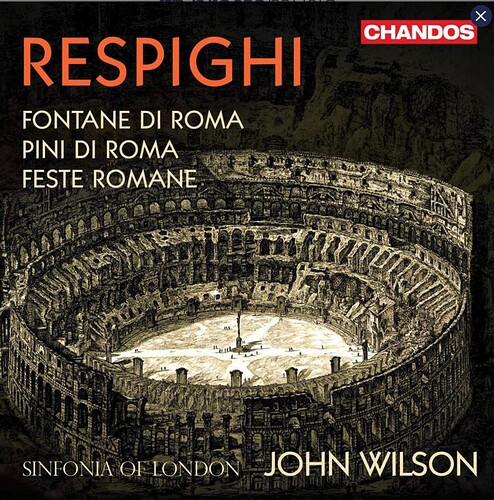 Qobuz. Incidentally, the cover art is correct in the Quobuz app.

It’s also possible the album was incorrectly identified, you can edit that also. There’s lots of help in the knowledge base. https://help.roonlabs.com/portal/en/kb/articles/faq-an-album-i-imported-wasn-t-identified-properly-how-do-i-fix-it

As the album is Qobuz streaming content, this is not possible. We know its ID.

@JWC What I think may have happened here is that Qobuz had a wrong cover and fixed it (because it looks correct now). Can you try doing a Reidentify on the album?

Oh hang on, this album is not in your library? Strange.

As the album is Qobuz streaming content, this is not possible.

Thanks for following up, Joel.

I just added the album to my library incorrect Beethoven Plano Concertos cover is still shown.

All of the other metadata appears to be for the correct Respighi album. Only the cover image is incorrect.

Allmusic.com also shows the correct cover, so it looks like the source data for roon is also correct? 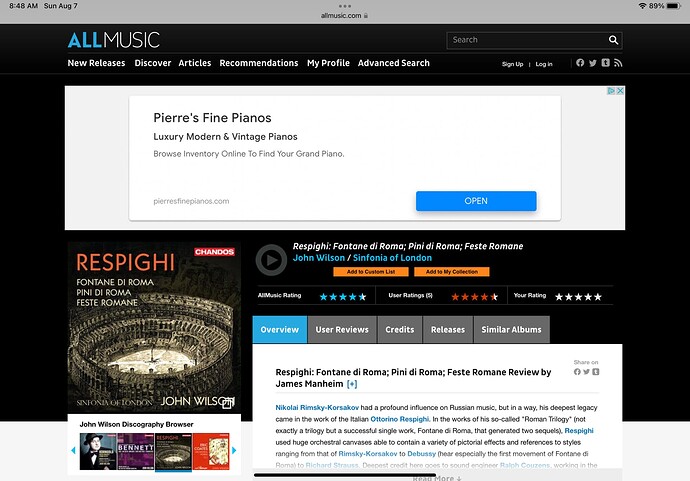 Thank you for the heads up about this! There’s definitely something strange afoot, the correct album art is displayed in our database. Manual identification even displays the correct art but it isn’t retained when the album gets re-identified. (see screenshot below)

We’ll investigate and see if we can determine a cause, our apologies for the inconvenience.

Just to add a data point here, when I look at John Wilson’s discography, I’m also seeing the incorrect cover displayed alongside the correct one (on the downloaded album from Chandos imported into my library). I notice that the title is also different - something that has happened with the Korngold album as well… 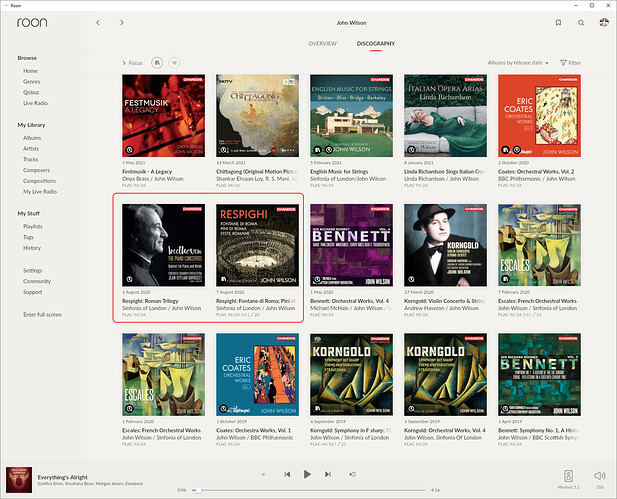