I’ve had what sounds like the same problem. I use Roon ROCK which pulls files in from a NAS and from Tidal. The only album I’ve seen with this problem has been imported from the NAS.

Looking in detail, the track numbers do not match the track title. So selecting the fourth track in Roon plays the fourth track on the album as listed on the NAS, it’s just that this is not the track Roon says it is. Sonos displays the track listing correctly so this is a problem with Roon metadata.

I seem to have fixed the problem by selecting Edit>Metadata and then scrolling down to the section labelled ‘Set Preference for the tracks of one album’. I then selected ‘Prefer File’ for ‘Track’s Title’, ‘Track’s Media Number’ and ‘Track’s Track Number’. Then hit save and the track listing is corrected.

I’ve only noticed the problem with this one album. This isn’t a solution if there are multiple albums with the problem. And doesn’t fix what seems to be an underlying issue with Roon. 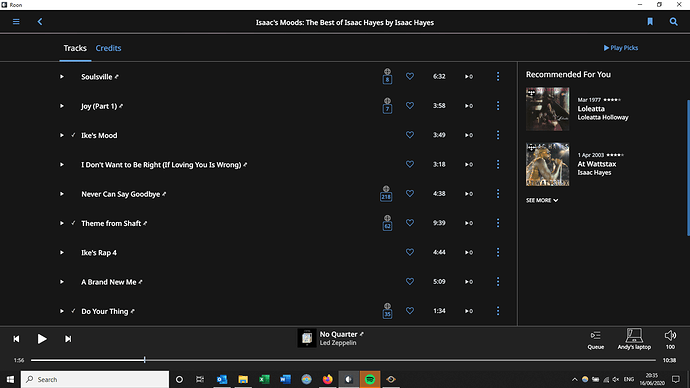 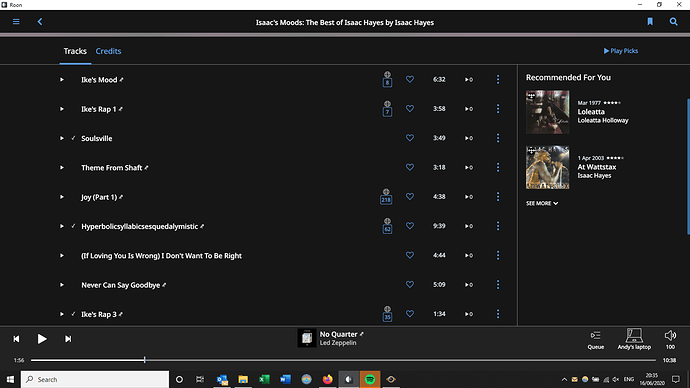 I’ve attached two screenshots. The first (with a track listing starting with ‘Soulsville’) is what is displayed when Roon metadata is used for the fields listed above. When set up like this, if I click on track 4 - ‘I Don’t Want to be Right’ Roon plays ‘Theme from Shaft’

The second screenshot (with a track listing starting with ‘Ike’s Mood’) shows the same album edited to use file metadata for these fields. The track listing is now shown in the correct album order and when I click on track 4, ‘Theme from Shaft’ plays as I would expect.

As mentioned above, I think this a Roon import issue because the album displays correctly in Sonos. I’m assuming that Roon is mapping Track Title incorrectly against Track Number on import.