Here, track 7 says “Deposuit potentes de sede”; should be “Fecit potentiam.” Track Editor shows correct alternatives for Title, but even though the second is shown as checked, it’s not what’s displayed in Overview.

(Interestingly, “Deposuit potentes de sede” is also given as the title for track 8, but that’s the correct title for that track.)

I have the same issue in an original release but oddly not in the box set: 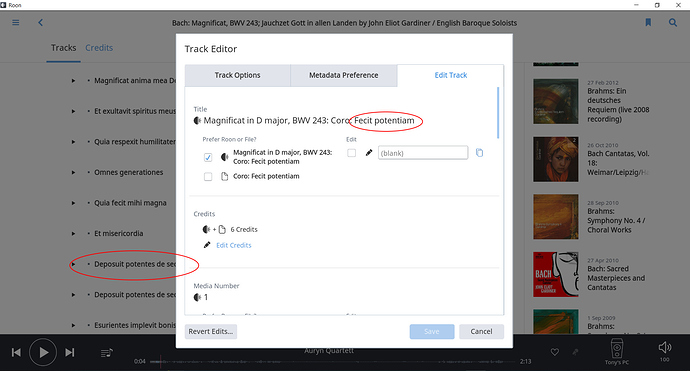 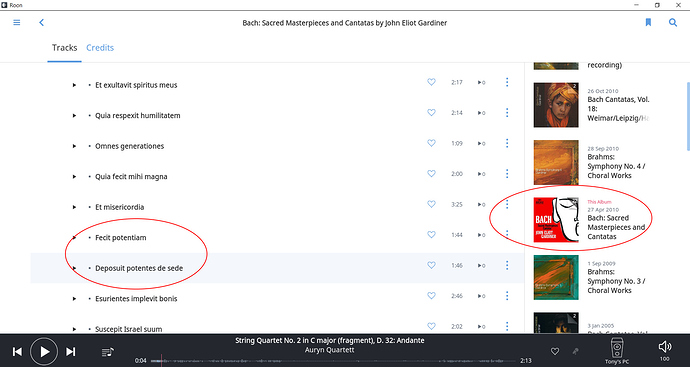 Hi @James_Antognini and @tripleCrotchet. We found a bad part assignment to that track and have asked Rovi to make a correction.

I just looked at this album again. Track 7 now is correct. Thanks.

My Gardiner Magnificat is also now correct so thanks also for that. But there are other problems with other Magnificats. I certainly would not have noticed any of this except for looking more closely because of this thread.

Bach composed two versions of the Magnificat separated by about 10 years. The later one BWV 243 in D major is the more common one but there is also an earlier one BWV 243a in E flat major. Besides the key the main difference is that in the earlier one the movements are interspersed with Hymns for full choir. In versions I have inconsistencies seem to have have crept into various places where the voice part combinations differ between the versions. Consequently it effects both the track titles and the credits (a soloist for example getting a credit instead of a Choir). 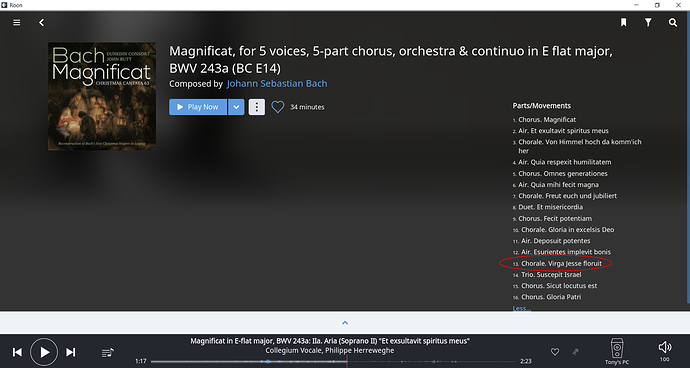 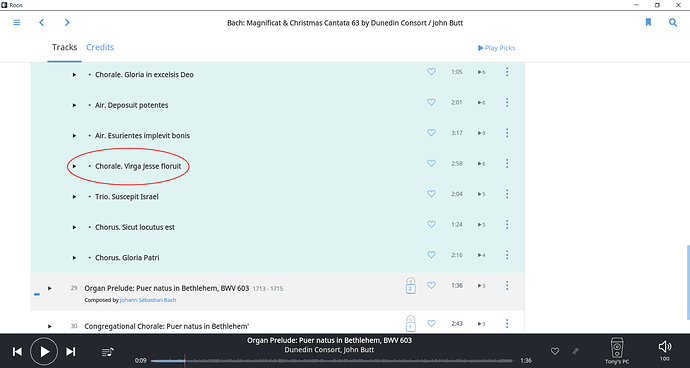 but in the Herreweghe Magnificat part 13 is designated an Alto solo: 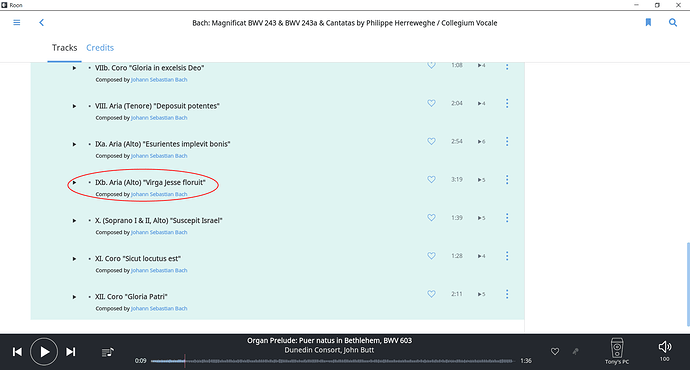 In both cases it should be a duet (Soprano, Bass) 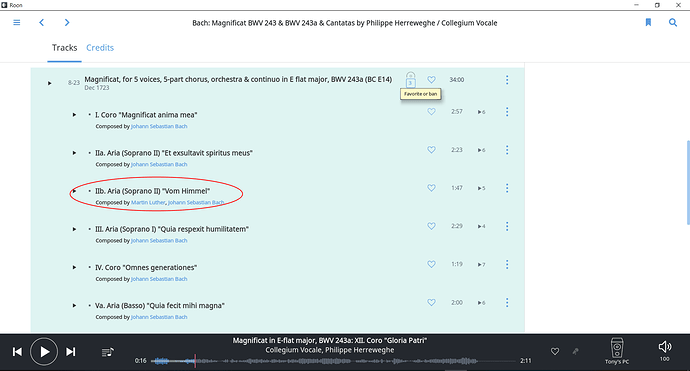