Xtr Filters - Why do they sound so good?

According to Peregrino GPU is not enough. I have no direct experience at DSD512 sorry.

I think the 1080ti is as powerful as the current Titan X.

In double precision computations, the Titan line (like the Quadro work station lines) are greater than double the performance of other consumer graphics cards like the 980, 1080, etc. Why? Because NVIDIA clips/cripples double precision computation performance of the consumer lines to prevent eating into sales of the Quadro line. This is also why there is a higher premium on the Titan.

Only the first Titan had full quadro type double precision power as far I know. Nvidia crippled them after that.

Thanks, I did not realize they had not kept that up with the Titan line.

I am pretty sure that during the filters initialization the GPU is not involved, just the CPU. Then once playback starts the GPU is now active. I have a 6700K processor with a 1060 card and I cannot do the non-2s XTR filters at 512, the 2s are fine as is every other filter except the non-2s xtr.

Can you tell us some more about the xtr filters, where they fit in terms of length, phase change, bandstop, frequency and time domain, pre and post ringing etc. Why are they so computationally intensive ?

Only the Chinese with their Super Computers have heard it.
And they say: Sounds just fantastic!

Can you tell us some more about the xtr filters, where they fit in terms of length, phase change, bandstop, frequency and time domain, pre and post ringing etc. Why are they so computationally intensive ?

I created it for people who like Chord Dave -style filters. It is about 5 times longer than poly-sinc and thus about 5x heavier. Offered in linear- and minimum-phase variants. Stop-band attenuation exceeds needs of 40-bit PCM, being over -240 dB. Normal poly-sinc filters are created to reach excess of 32-bit PCM resolution (> -192 dB) stop-band attenuation.

Since high-rate modulators can reach peak SNR higher than 32-bit PCM resolution at audio band frequencies, I thought it could be useful…

I created it for people who like Chord Dave -style filters. It is about 5 times longer…

Coincidentally, the June issue of Stereophile just published a review of the Chord DAVE. In the digital filter measurements, check out the length of that FIR ringing, symmetrical both pre and post. The MQA advocates must be rolling in their graves. 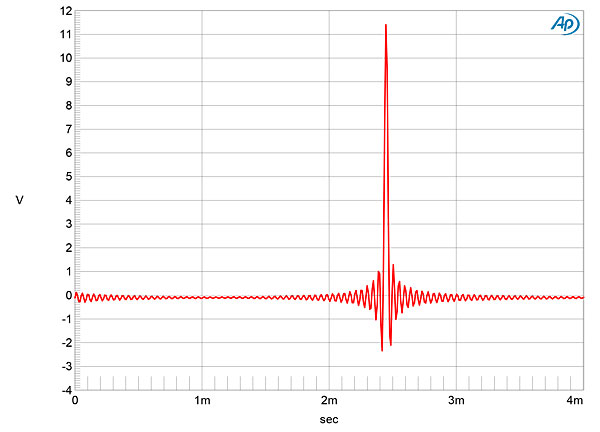 Well there you go, looks like I enjoy the sound of pre-ringing !

Well there you go, looks like I enjoy the sound of pre-ringing !

I had read that poly-sinc-xtr had more than even poly-sinc. Maybe all that ringing gives it that full and euphoric sound quality I like.

It’s interesting to read the rest of the DAVE review that Andrew linked above. Rob Watts talks about his goal with filtering, which is to enable the most accurate reproduction of transients.

Also Roon user @JOHN_COULSON gets a mention for writing about Stereophile Encore. Nice one John !

I guess no one told him he was suppose to use mp for that.

FWIW I can’t hear a great deal of difference in transient reproduction using the mp and lp versions of the xtr filters. I can hear better focussed soundstage with the lp version, so it’s now my new fave !

It is mostly when people want to run that with non-2s filter variant. Then it gets heavy…

I got my new DAC a couple days ago. Immediately went DSD128 and poly-sinc-xtr.

I’m now noticing a little too much left and right focus and slightly recessed center image. My new DAC has spectacular specs. That euphoric like widening and richening might no longer be the right choice.

Might have to try poly-sinc-ext again, it worked well with the ridiculously awesome noise and cross talk numbers of the Devialet.

EXT doesn’t work with the Mirus Pro, a little closed in and too laid back. Now I’m rocking good old regular poly-sinc with DSD7. I find ASDM7 widens and warms things a bit to much, DSD7 is more focused and clear.

I’ve gone back to PCM for a spell. Just upsampling to 352.8 or 384 in Roon with Max PCM (power of 2) with Precise Linear and 7th Order CLANS. Enjoying the weight in the bottom end.