I’ve always wanted a dedicated custom remote to control my hifi and roon from the one remote. I had the original remote and it wasn’t for me as it was DIY but this new remote is a functioning product. 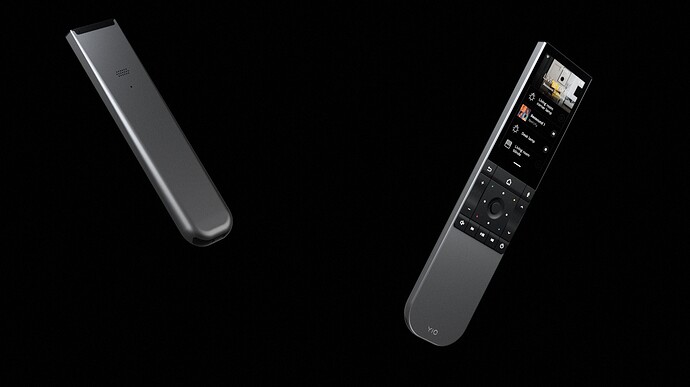 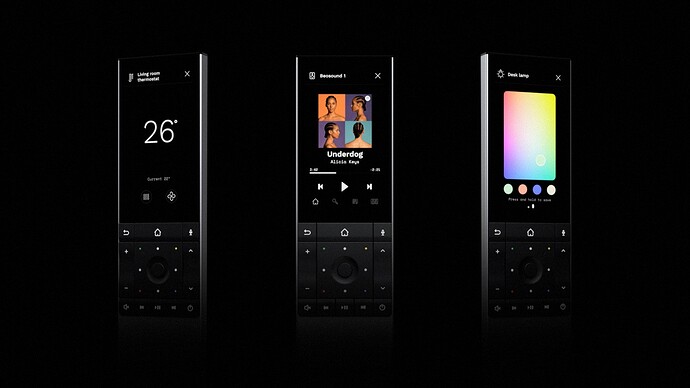 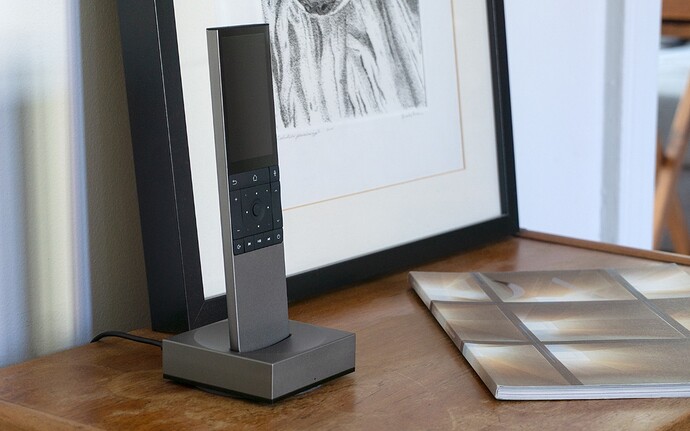 The link below is to the kick-starter for anyone else interested in this.

Why would you do this in hardware instead of in software? We all have high-powered computers in our pockets, complete with WiFi, BlueTooth and NFC… I don’t get it.

Many modern TVs can be controlled via an app but we don’t. We use the remote as it’s nicer and that’s how I feel about my hifi.

My phone won’t control my pre amp, the remote will.

All my “smart home” stuff is voice-controlled, and it works well that way. I only ever use the associated apps to set things up or fix a glitch.

My hifi gear is all analog (or only has analog controls), so I control from the source, rather than controlling the gear, if you see what I mean. All of the hardware is set and left alone.
That means Roon, Swinsian, Airfoil, PlexAmp, podcasts, etc. are controlled from my phone or a laptop.
The television content is AppleTV controlled via the ATV remote, unless it’s missing again, and then I use my phone. The only reason I don’t always use my phone to control what I’m watching is that the remote is simpler, and easier to use in the dark. (The actual TV is treated as a “dumb” monitor in my case, since there is nothing it can do that the AppleTV doesn’t already do better.)

Does the small screen on this coming remote not bother you? It seems as though there will be a lot of clicking buttons and squinting v.s. what could be done with a unifying app in the phone.

I do understand the “feel” aspect, though. And I want to like this remote, 'cause it seems cool.

Hey look good luck and the backers supports it but 369 for a remote, na, I am out.

Good luck for the Kickstarter campaign. Hope it’ll not end as Neeo.

Just an FYI Yio has rebranded to unfolded circle

I love seeing innovation/new products in this space. I do believe upscale hardware remotes have a place in this world and with Logitech abandoning harmony there is currently a void.

I use (and sell) something similar by AVA.
No hard buttons which I thought would be a huge nuisance but it’s not. Basically I use this as a more dedicated version of all the control apps on my iPhone.

The stripped down launcher makes it seem like a purpose device and not an android tablet. I use it for Roon, Crestron, Josh.ai and Kaleidescape apps.

I use it as an always on supplement to IPhone/iPad controls.

Looked promising, but then I read the word Kickstarter. Never in my life, I will buy any Kickstarter product again. Everything I bought from there either died an early death, did not work as advertised, or was very buggy, in each case it lacked backup and support. Each and every product seemed to be designed by some product designers that only have knowledge about the look of a product but not of the functionality. I bought about 5 Kickstarter products like these and all were a disappointment up to total disaster. I don’t have any high hopes that this one would be an exception.

I’ve seen this and while it looks nice its another android device. Folded Circle offer a customer interface with Roon integration. 1 big plus is it has an OLED screen.

I will report back if it turns out to be crap though.

A little pricey, but looks cool. What level of Roon integration does it have? Can I scroll through and select items from my library?

Its in development and it hasnt been shown yet but its meant to have an integration of some kind. I want the Touchscreen for music control/albums art and the buttons to control my preamp.

Looks nice. I bought a couple of years ago a NEEO remote, which looks a bit the same. NEEO was bought by control4 ( Neeo | Control4 and the kickstarter remote was not updated anymore. But I still use it with Roon support! Using these drivers ( jac459/meta-roon (github.com) Roon can be browsed and controlled.

Thanks Tom - need to dig mine out if that is the case, thanks for the heads-up.