It is not quite clear to me whether i should report faulty meta data in this subforum?
So heres an example: 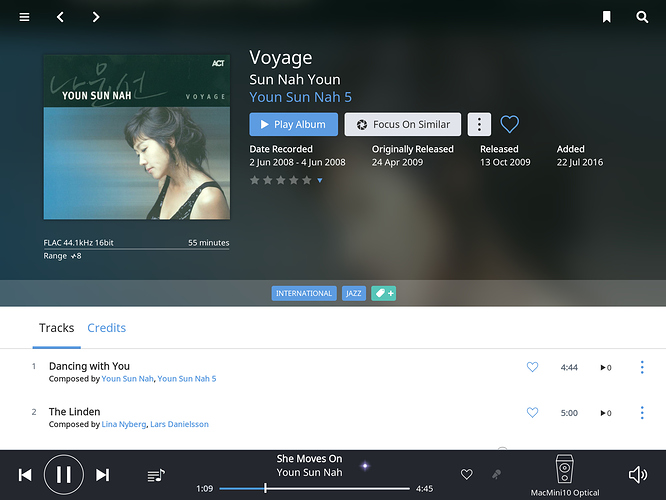 Weird, seems to be correct on my end… I don’t think I did anything special. 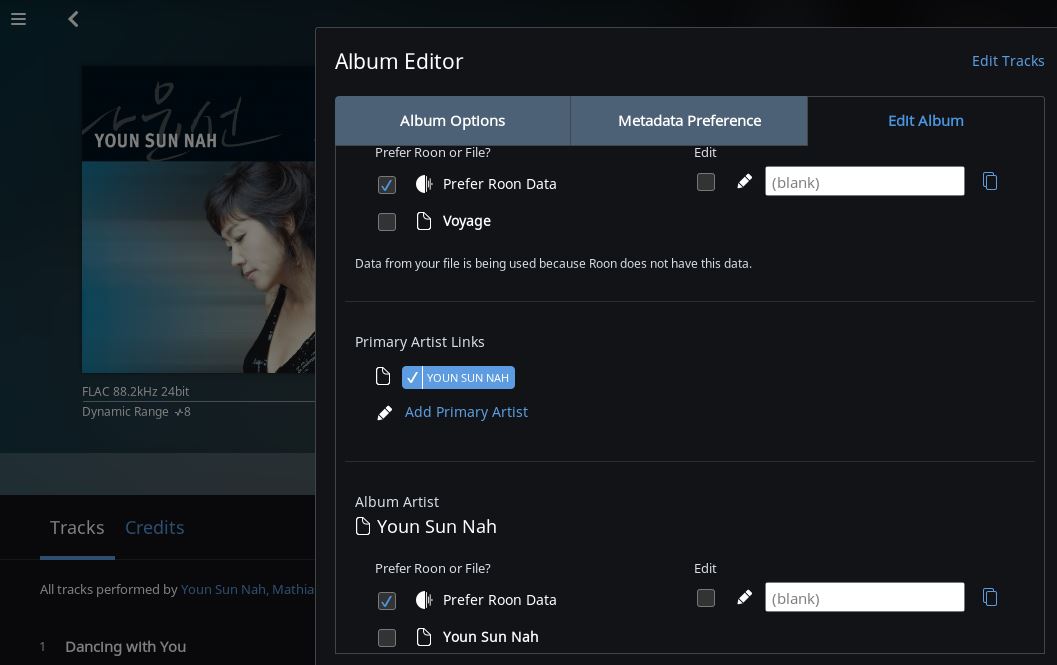 Apologies, just noticed that this album is ‘Unidentified’ on my end. Not sure what data it is using but everything shows up correctly and the album is tied nicely to her other albums.

I have the same problem as you described when I try to identify the album. Reverted back to ‘Unidentified’

Rovi has a duplicate artist ID on this album. I’ll ask them to sort it out.

Rovi’s response was that Youn Sun Nah 5 is the name of her quintet, so it will remain in the credits. However they did concede that the album artist should be Youn Sun Nah. Will take a few days for the changes to come through (which may not be ideal, but should make a bit more sense).

Aha, didn’t understand what the “5” was all about!
Thanks for the feedback and effort @joel!

The artist name is correct. They are 3 different artists.

Ysn 5 is the name of her group when she was in France. Na Yoon-sun, also Youn Sun Nah (Korean: 나윤선; born August 28, 1969) is a South Korean jazz singer. Na Yoon-sun was born in August 28, 1969, in Seoul. Her parents are musical: her father, Na Young-soo (나영수), is a conductor in Korea and her mother, Kim Mi-jung (김미정), is a musical actress. She studied French literature at Konkuk University in Korea. While she was working for a fashion company, she was scouted by Kim Min-gi (김민기), who was the president of the Hakchon Theater Company (극단 학전). There, s...

Metadata notwithstanding, thanks for the introduction to this artist.