How about a thread for our favourite albums, but not just a list of 5,10, 20 or 50.
A thread with a few rules.
We can post one album a month.
We should say a little about the album, anything really, but hopefully in a way that may introduce us to more music or simply allow us to get to know each other a bit better.
There’s nothing wrong with choosing Blonde on Blonde but slightly less obvious choices might be more beneficial.

EDIT: The album should be available on Tidal. This is really a thread for sharing music and availability on Tidal is a great way to ensure this.

My choice for December is - 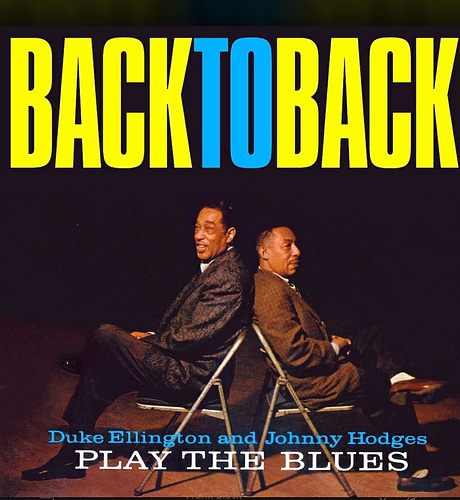 About 10 years ago I realised I had too little jazz in my collection but jumped in a bit at the deep end from recommendations from various sources.

But a fair bit of the time I was enduring rather than enjoying and then I came upon this gem.

I don’t have the musical vocabulary to describe it but it is an album where the joy of the players really shines through, a totally delightful album.

Anytime I see a recommend me Jazz albums on fora this is one of the ones I recommend along with… Ah that’s for another month.

Here is one of my favorites since more than 30 years. 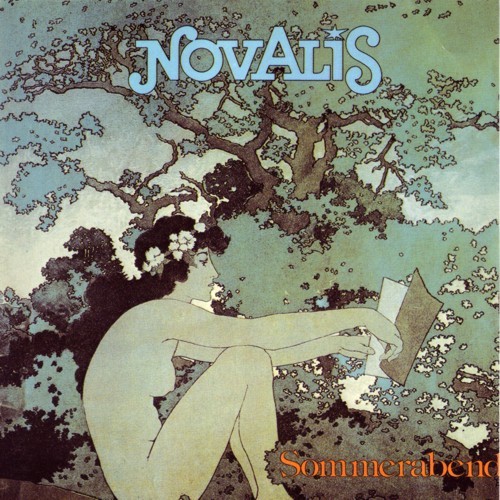 In my opinion must be heard in reverse track order

Not heard of it but will definitely check it out; what a beautiful cover. 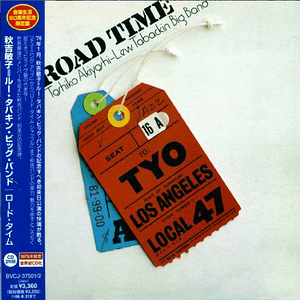 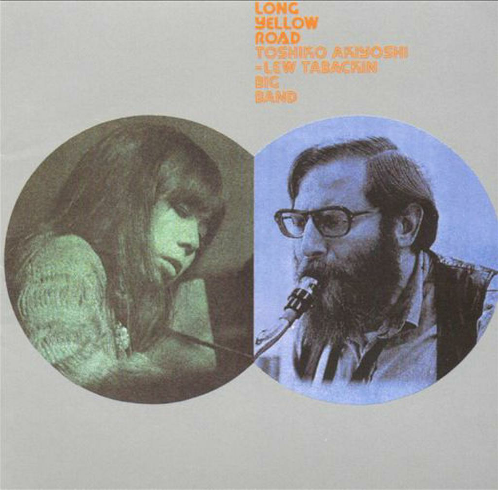 Toshiko Akiyoshi led one of the great big bands of the 1970s (and beyond…), but without acquiring the name recognition of prominent American bandleaders. Her releases from this period stand up to contemporary material from Thad Jones/Mel Lewis and Woody Herman, and these recordings capture one of her strongest bands at the peak of its powers.

Yes, this is a pair of albums, but don’t make the mistake of thinking that I’m creeping into “Top 100” territory. These albums are the same band, recorded at around the same time, and both of them are required to capture what makes this band, and its output around this time, rise to the top of my list.

If I could go back in time, I’d mash up an album with Long Yellow Road, The First Night, and Opus No. Zero from Long Yellow Road, then Soliloquy, Road Time Shuffle, and Warning! Success May be Hazardous to your Health from Road Time. Then flip a coin and take either version of Since Perry/Yet Another Tear.

Road Time, culled from a few live concerts in Japan, is a bit looser and more fun, whereas Long Yellow Road, recorded a year and a half earlier in the studio, is the crystallized essence of this stuff. 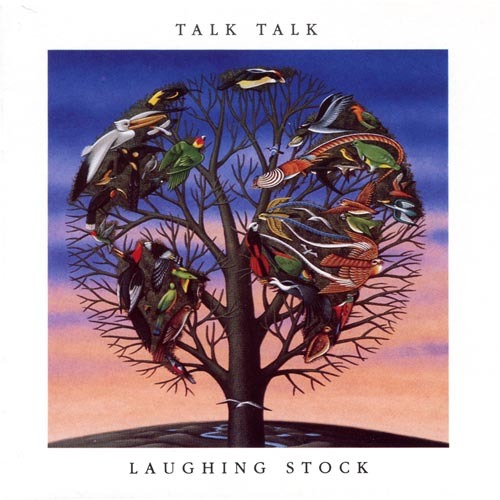 Turn the lights out and lose yourself to one of my all time faves.

Mark Hollis’ voice on this album is simply haunting.

The percussion is amazing and the whole atmosphere takes me away every time I listen to it.

For me, this and Spirit Of Eden are phenomenal pieces of work for their time and simply went against everything the band had previously done. Brave but brilliant move which Im glad they did.

Definitely my type of laid back jazz.

The Tidal stream is fantastic quality as well. 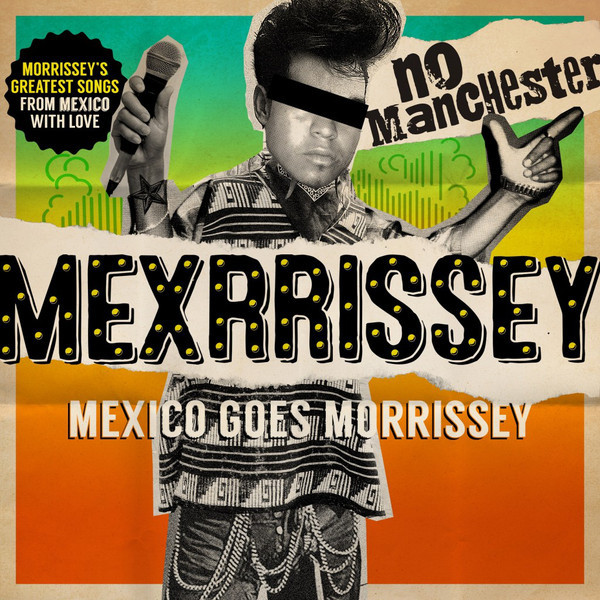 In the spirit of the festive season - this is really good fun.

Not just a mariachi band covering Morrissey songs - but also well recorded and reverential without being stuffy. Moz is huge in Mexico apparently.

If you want to dip a toe, it’s on Tidal and track 2 - Cada Día Es Domingo (Everyday Is Like Sunday) - is great. 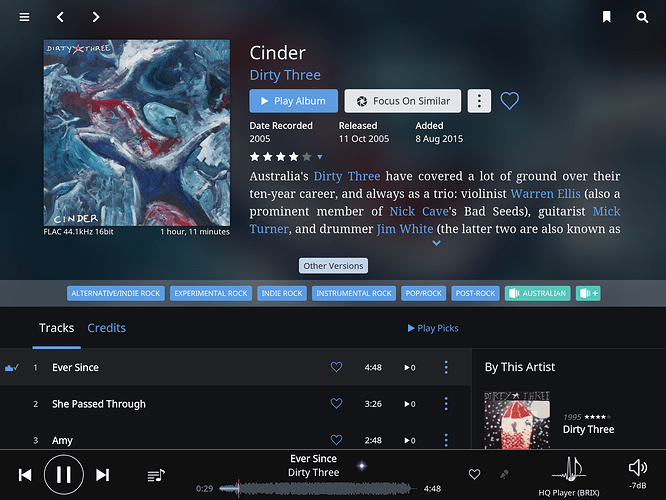 My December pick. The Dirty Three at the height of their powers. Thom Jurek’s review speaks of “wounded pulsing beauty”. Wonderful production also. Many favourite moments, but the entry of the violin on the second song “She Passed Through” always sends a chill up my spine. Sounds like a small brave apology. The fourth track “Sad Sexy” is evocative of a resigned determination, very beautiful. 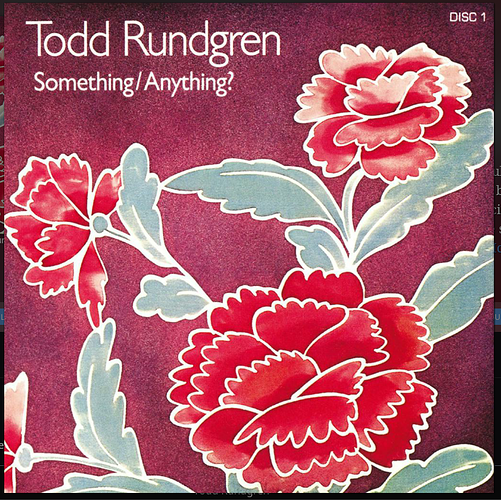 This album sounds so good. Yet it reminds me of my tormented teenage years when the kind of girls who liked this music were totally inaccessible to this geek. Those ladies are present in these songs but not in a particular image or identity. I must’ve heard this at a party in college when all the girls had dates and their dates had good stereos. LOL. I probably was thinking, “When I get some money, I’m gonna have a killer stereo and invite her over so we can listen to my new Todd Rundgren album.”


Horslips, The Book of Invasions: A Celtic Symphony. 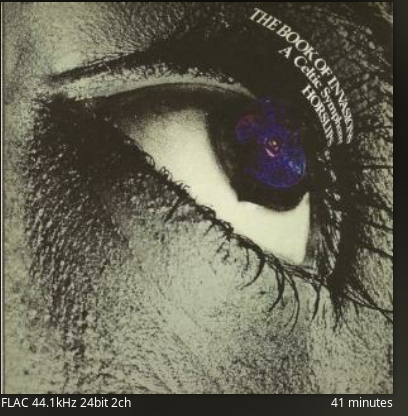 Horslips were huge in Ireland in the 1970’s and this is their best album and a sure fired classic.
Marrying as they had always done, rock guitars and drums, with fiddle, whistles, oileann pipes and mandolin into a superbly crafted concept album. It recounts the 12 century chronicle of the mystical Tuatha Dé Dannan’s colonisation of pre-Christian Ireland. IMO it rather loosely chronicles this but where it’s concept credentials come into play are with the musical themes that repeat and morph throughout the piece.

Horslips took traditional Irish tunes and turned them into rock n’ roll, which sounds horrific, but where Horslips excel is that they were all very capable players (without being virtuosos) and all the tracks have traditional instruments playing along with the giutar bass and drums, and this cross pollination just works, combining the power and attack of rock with the joyous abandon of Irish Traditional music.

Not a hint of filler, if they were not unlucky with their timing, releasing this at the close of 1976 just as The Clash were tuning up in London, you’d all be as aware of this album as you are of Dark Side of the Moon. It’s on Tidal, so now’s your chance to catch up if it passed you by. 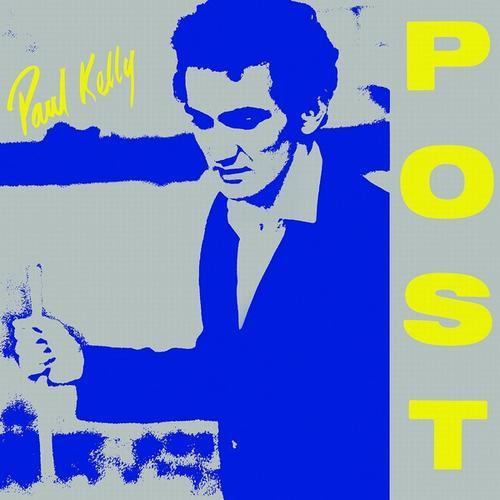 If the album that you have purchased the most is a test of a favourite then for me, the answer is “Post” by Paul Kelly. I have purchased, with my own money, 2 vinyl copies and a CD and favourited it in Tidal/Roon. I’d buy it again in a heartbeat.

It didn’t chart when first released but has since been re-released twice and is now regarded by Australian Rolling Stone as the best record of 1985.

The title works on several levels. It is Paul’s first solo album and looks back to his childhood in Adelaide, leaving Melbourne (and its drug scene), the breakup of his band and first marriage and the death of a friend (Paul Hewson from Dragon) from a heroin overdose. It also works as a report on the past and a signpost for the future. Paul has said the album is about addictions of various sorts, but is not strictly autobiographical; he developed stories out of the circumstances around him.

I first came to the album because of its beautifully clean and uncluttered production. The recording was self funded for $3,500 and Clive Shakespeare (Sherbet) did a wonderful job of engineering and co-production. A couple of notable guest players including Ian Rilen on bass (track 2) (X, Rose Tattoo) and “Evil” Graham Lee on guitars (tracks 8 and 10)(The Triffids).

But in the end its the lyrics and performance that keep this spinning in your head. From the banal horror of “Incident on South Darling” or “White Train” to the reckless abandoned love of “You Can Put Your Shoes Under My Bed” and the resigned optimism of “Little Decisions” the lyrics here just work.

It is a credit to Paul’s career that there are many people who know of his work but haven’t listened closely to “Post” as an album in itself. Every time I do, I enjoy it all over again.

Edit: Reference to Graham Lee always raises the vexed question as to how he acquired his nickname. This is his answer:

Re “Evil” Dave had the idea that all steel players have nicknames - and quite a few do eg Lucky Oceans, Speedy West, Pee Wee Clark, Weldon Myrick (just joking that’s his real name) - and that he would be shortchanged if his steel player was nick-less. So one night as we had a few drinks and watched the movie Evil Roy Slade on telly he had a moment’s inspiration and I’ve been stuck with it since. Not many people call me that, just friends from the 80s who I rarely see and the remaining Triffids.
Source

This is a great album Andy! I’m enjoying it very much and looking forward to listening to some of his other albums.

Next to Ned Kelly, Paul Kelly is now my second favorite Aussie Kelly.

Listening to it now John…they have produced a few albums as well…bloody good!

Thanks Wayne,
Don’t know how I missed Talk Talk, especially as I already have the Mark Hollis solo debut album. Have just downloaded this and Spirit of Eden.

No worries Paul. Try Colour of spring as well

Just listening to The Rainbow, in 24/96, on Spirit of Eden…wow, great stuff!
As you say, I need to add Colour of Spring.
Thanks

My pick is St. Vincent (self titled)
I first saw her perform on SNL a few years ago and I had not heard anything quite like it. Vocals need some work, lyrics are wonderful, and musician ship is outstanding! Then I saw her performance with Nirvana during their induction into the Rock & Roll Hall of Fame. This was also my very first hi-res audio purchase ever and is one of my reference albums.

Have just downloaded this and Spirit of Eden.

O, how I wish I could discover these albums for the first time all over again… 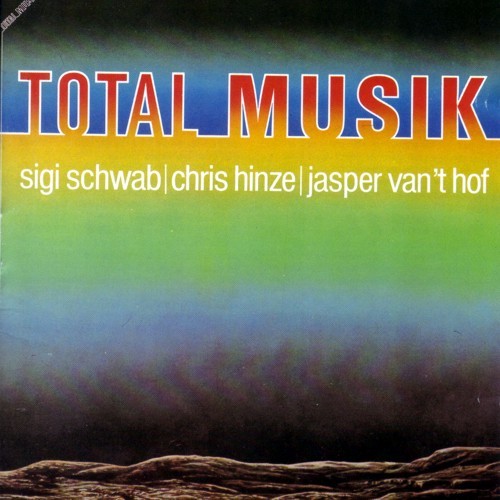 My choice for January.
Total Musik by Sigi Schwab, Chris Hinze and Jasper van’t Hof from 1982
One of my favorite jazz albums. Three virtuosi together. Loved it on Vinyl in the 80s, later on CD and now through Roon

After I can’t get it identified in Roon, surprised that it is available on Tidal.