@Craig_Palmer , you now opened another rabbit hole for me

I will look at the NUC w/ Rock + Allo Digione option and do room correction with a mic and save the money for a better stereo amp. Now the debate on the Digione vs. Digione Signature with battery / LPS setup.

@philr, I could use multieq xt32, but generally leave the Marantz in Pure Direct Mode which turns off multieq xt32.

@R_Neal, This type of setup I also debated at length. My only pause was having a computer in the same closet as the Marantz, but maybe I am being paranoid. I was exploring the Topping DACs, but I would need to question if it would sound better than the DAC built inside the Marantz. I guess only one way to find out

I was exploring the Topping DACs, but I would need to question if it would sound better than the DAC built inside the Marantz. I guess only one way to find out

With the setup I described you are just using the d10 as a usb/toslink converter, bypassing the topping dacs, and using the dacs in your marantz, which is exactly the same reason I went this route.

P.S. the Audyssey correction in your marantz is excellent. It also corrects for timing/distance, which to my understanding roon convolution does not.

…save the money for a better stereo amp.

If you’re still thinking of the Hegel H190 (which is a great amp), you probably already know that this should be Roon Ready soon, and has a decent DAC too (don’t know how it compares to your Marantz), so may not be worth spending much on a streamer at this point.

I could use multieq xt32, but generally leave the Marantz in Pure Direct Mode which turns off multieq xt32.

Suggest you take a look at ‘stereo’ mode with mulieq ‘flat’ setting with ‘dynamic eq’ on. Bonus, bass management. People pay thousands upon thousands for this type of preamp or outboard dsp, and you already have it!

Or at least set multieq to “l/r bypass” so you still have bass management, assuming you have a sub. If not, never mind.

P.S. the Audyssey correction in your marantz is excellent. It also corrects for timing/distance, which to my understanding roon convolution does not.

Don’t think this is correct. If the convolution filter generated has included phase and timing correction, then Roon handles it. I believe that Acourate probably does a better job on phase/time correction than REW but is harder to use. Here’s a chain on generating a room correction convolution filter with Acourate:

I have tried to do room correction with REW and other tools, but the results were unsatisfactory. Several discussions with @Brian, @rovinggecko and others. Several people, here and offline, have been telling me that Acourate is by far the best tool to measure and generate the convolution, but also that it is difficult to learn and use. I finally decided to take this seriously, and both statements are correct. (@Uli_Brueggeman, the author of Acourate, was helpful.) The final result is excellent.…

HAF filters also correct for phase/timing and also can offer acoustic crosstalk reduction which IMHO is an advantage over audyssey (and room perfect, REW and Acourate).

Ok, I stand corrected. Thanks.

But Audyssey is awfully simple and uncomplicated, and a lot of people already have it. Don’t know if it is as good, because it’s all I have ever used. Studied REW and concluded that what I had was good enough.

I’m in the simple, $3-$5k setup camp, convinced that it would take spending 10x for any incremental improvement.

I also note that the OP is using Airplay, so probably not in the $50k camp. Not that there’s anything wrong with that. Airplay, DLNA (properly set up), HEOS, Sonos, etc. satisfy lots of folks.

The OP is indeed using Airplay today but this whole chain is about how he wants to improve the SQ in his setup and Airplay will be replaced by a hardwired setup with the choices he is making. And he has said he isn’t using Audyssey.

I do think there is a misconception about the cost / complexity of getting room correction convolution filters to work in Roon and thereby benefit from the results (which can be impressive). For about $200 you can buy HAF filters (that come with and without crosstalk reduction) and use the tool they provide for free to do the measurements or use REW which is also free; both need a $100 UMIK-1 mic. It will take an hour or two at most to do the measurements (which is not hard) and ship the files off to HAF and then load the resultant filters when they are sent back to you. That is just as easy as Audessey IMHO. And I think you get better results for music than Audyssey.

It is true if you want to become proficient or an expert about using REW (or Acourate) to go beyond just measurements to optimize and generate filters yourself and hopefully get them to be as good or better as HAF (and many can’t after trying) then it is more complex and takes more time but it is not expensive.

And the beauty of all this is that it’s easy to A/B/C test – listen without any, listen with Audessey (or Room Perfect) if your AV receiver has it, and listen to a Roon convolution filter generated by you or HAF. Many people don’t go down this route because they think it is too complex or costly and I think they are missing out. Ok, stepping off soap box now…

@Craig_Palmer Thank you for the advice, also sounds like a fun weekend project to take on. Will check out some mics and will give it a whirl.

@R_Neal It doesn’t hurt at all to try the xt32 and can always turn it on or switch it off when I go Pure Direct mode to quickly A/B test. I will have to check how it can work since I am using a neutrik speakON cable in the L/R channel of the amp to the Rel T/9i subwoofer instead of LFE input. Probably a way to tune it properly

@dhusky did not know that Hegel will be Roon Ready, but that makes sense naturally for their product team given the price range and target market

So a fancy streamer / DAC combo won’t get me to a better state than the Allo products? Is it worth adding a Khada Tone Board DAC to the mix with the Allo Digione (or Signature) streamer?

Will check out some mics and will give it a whirl.

Just make sure they’re calibrated (like the UMIK-1). I’d definitely echo the discussion about room correction and HAF filters (once your streaming solution is in place) - they offer real improvement for a relatively modest time and financial outlay. Of course, you may also be able to get close to this with your existing inbuilt correction.

So a fancy streamer / DAC combo won’t get me to a better state than the Allo products?

However, if you just want to get rid of Airplay, play with either Room correction and reassess, then the Digione is a good place to start. You can of course spend as much as you want for streamer/DAC solutions and may or may not feel that these offer good value incremental improvement in your system.

Particularly if you are considering the H190, I’m not sure I’d rush in with a new DAC as you’d probably want to compare to the inbuilt DAC on that amp to come to a conclusion. And the standard Digione would probably be fine until it becomes Roon Ready as I think the H190 re-clocks the signal (so, if I understand correctly, jitter should be less of an issue).

@dhusky yeah that makes sense. The Marantz has a decent 192kHz / 32bit DACs from AKM with clock jitter elimination, so testing out the sound with the Allo’s first is not a bad step.

Google Chromecast with HDMI out to the Mazantz. 24bit/96kHz audio with a great display. Problem solved for $35 however this great sounding and looking solution has absolutely zero audiophile credibility.

@AndersVinberg – why did you decide to do Acourate vs REW and how long did it take for you to become proficient to generate filters you’re satisfied with? I’ve used HAF – they are very good. I’ve tried replicating with REW on my own and don’t think they are as good. I’ve purchased Acourate but haven’t tackled the learning curve yet so just wondering what your overall experience was like.

REW was easy but the results were bad. Worse than uncorrected, I would not use it. I was not surprised — I am no expert but I have always believed that looking at amplitude response only is no good. The transfer function is a complex function (complex in the mathematical sense, it has two dimensions), and looking at only amplitude and ignoring phase is like saying, to get from Chicago to New York you drive 800 miles, which direction? Never mind, just drive 800 miles.

I didn’t try anything else, because I had a strong recommendation for Acourate from a friend whose engineering sense I respect, a development manager at Microsoft I worked with. 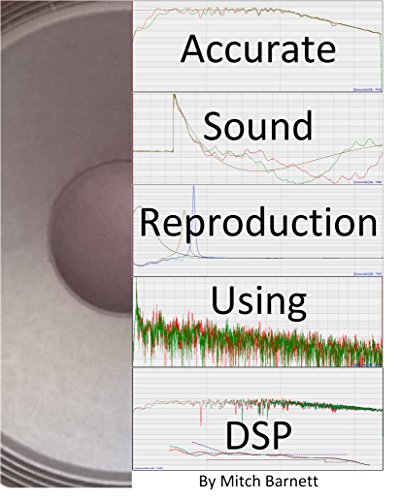 
The project took a few days, maybe a week, of dedicated time.
Once I have learned it, I have done other rooms in an hour or two (including finding the mic).

The software is not bad, the reason I and others talk about the learning curve is that it is a rich tool kit that can do many things. I didn’t want to learn everything audio, just wanted to do this, Mitch’s book led me through it. Would have taken less time if I had followed the instructions from the beginning and not tried to take shortcuts — it’s a guy thing.

Thanks @AndersVinberg. I have the book too. I’ll dive in! Appreciate the feedback!

You may be able to get this on kindle unlimited as well for those with a sub.

I’ve got a Brooklyn Bridge with an SBooster linear psu, and with my ears/room/system, I get zero improvement using Roon to upsample. The system sounds magnificent just using Roon to deliver content. If your NAS has the horsepower to run Roon without any filters, you might be able to redistribute your budget and go for a BB or something similar and save the cost of a NUC.

Thank you everyone for the suggestions! I ended up ordering the Digione signature which will arrive next week and plan to purchase the lifetime subscription of Roon.

I also just learned that Hegel is going to make their newer integrated amps (H190 and H390) Roon Ready by the end of 2019, so I may go purchase one of those in the coming weeks and HT bypass it to the Marantz.