You typically just need a vpn to initially set up the account in a country that is supported. If you don’t want to pay extra or install software that messes with your network, just use the opera browser which has a built-in VPN.

One Caveat: Qobuz will give you a different catalogue depending on the coutry you select. So choose wisely. In addition, the prices will vary depending on your choice. US is quite cheap if you can live with the catalogue (less classical, less European music).

I understand and respect pricing can be an important consideration for music services. In my case having retired and finally setting up the High end components I want to enjoy I am coming from a bit of a different direction on Apple Music.

I have Meridian equipment and Roon nucleus. I use to rip my cd library into I tunes do any file conversions needed and then move the files into my nucleus. I can see the same clear path to do that now that I tunes has been replaced by Apple Music. and extra added benefit was having a time capsule also gave an auto backup to all my music files. Thats all gone now so I looking at options to rip and store my library easiest with the highest resolution to play from Roon which works really well with Meridian products. so for me the service is a means to end an end on that front.If I could do my ripping and file formats etc in Apple Music and move the files to Ronn that’s works fine as well.

Tidal is not here any more in Turkey.

Qobuz is not in Turkey too.

We need Apple Music integration to use Roon

Not the same. It’s an app on the Playstation, so really just a pass through (similar to say Apple TV on the Roku vs their own device). It’s not an integration like Roon integrates. If Roon decided to go with a pass through app solution like this, then it beggars the question, why bother with Roon at all?

Please integrate Apple Music HighRes / Lossless into Roon as an streaming source. Even if this is considered a consumer (not audiophile) streaming service, I don’t believe that there are any quality losses from FLAC vs. ALAC (but I don’t want to open this discussion here, just please add Apple Music as a streaming source) - a lot of apple users are using it…Thanks!

Maybe search the Community. This has been done to death. The consensus is it will never happen as Apple will never provide the access that Roon requires

Sonos has nice integration with Apple Music so it can be done.

But not with the level of data integration Roon needs . Check back threads from Roon execs

And they are one of the very few exceptions as they have a huge market share so it fits their strategy. 250k+ users is just not something Apple care about.

While this is true that Apple thinks in scale, they also bought a “niche” streaming service (primephonic).

I’m not saying integration is likely (its clearly not), just that its not impossible. Clearly Apple is aware of smaller players and likes what it sees. 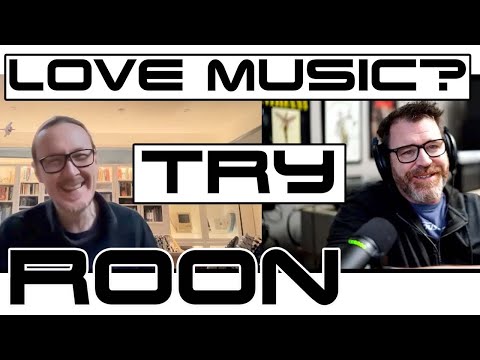 Big tech companies like Apple frequently buy small concerns just to get their hands one some of that company’s people. Doesn’t necessarily mean anything about the business of the small company.

Given they are launching the service under Apple Classical I’d say that doesn’t apply here but do agree that can be the case.

It is very much the case. The small company in question had developed software that did a particularly good job of curating classical collections and Apple simply bought the company to acquire that and incorporate it into their upcoming project. So not the people but the code.

They clearly saw value in a smaller player, their approach to software.

Regardless of whether its people or software, all I was suggesting is that:

Apple is aware of small niche areas in audio

They don’t dismiss it like Spotify, they aqquired primephonic

Its not impossible that Apple would also see value in Roon.

Its not impossible that Apple would also see value in Roon.

While Roon may be a niche player at the moment, there are others such as BluOS that now incorporate several streaming services. In addition to Tidal and Qobuz, BluOS offers other services like Idagio, Nugs and Amazon. Cambridge Audio, Audirvana and others support multiple services. I’m sure they would very much like to add Apple’s service to their roster. In aggregate these represent a larger number of potential subscribers to Apple Music than Roon’s subscriber base alone, so there may be enough incentive that one day Apple will be make their service available on other platforms.

Or more likely, they will convert airplay to Spotify connect and keep control in their app

This is more likely to happen they want to sell hardware, their services are a way to do that. Yes you can get Apple music on non Apple hardware but it’s always behind and not always great. Their TV service is buggy as hell on 3rd party stuff they would prefer you watch it via their box and their iPads etc. Its why Airplay is only on Apple hardware if they opened it up like Chromecast they could dominate this market.

That is the most likely scenario and I think this will happen. The question is whether an Apple Connect will also be able to do hi -res files without downsampling.