K&D Sessions - Kruder and dorfmeister
Nightmares on wax - all of them really
another late night - again most of them
back to mine - again most of them
Schmoov - while you wait
groove armada - vertigo
rae & Christian - northern sulphuric soul
weekend players - pursuit of happiness
café del mar - chill out
zero 7 - simple things
Thieverry corporation - any
fila brazilia - any
Nitin sawhney - beyond skin
Aim - any
St Germain. any
Spooky - Open

A few off the top of my head:

John Martyn The Church with One Bell

One World and Solid Air are not to be missed. I had the great pleasure of seeing him in concert several times, including once when Tracy Chapman was his support act, a week or so before she had that little spot on Live Aid. Digging this. Thanks for recommendation

And thanks people for the recommends.
keep it coming! Since no one’s mentioned this yet… 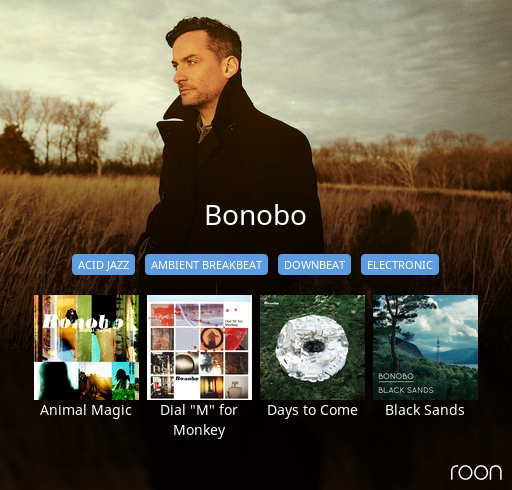 I really must remember this topic and start working my way through it. Bearing in mind I already like about half of what’s listed here, but don’t know the other half, it stands to reason there are some new gems to be discovered.

If only we could just say to Roon ‘Add everything above that you can find on Tidal and add community chillout tag’… take the fun out of it I guess.

Edit: Now had a thorough work through! Found lots, listened to quite a few, others couldn’t find on Tidal. Have added quite a bit of new music to my collection, thanks to all concerned.

I’ve added a few of my own to this list (some might be a bit borderline for chillout, but…): 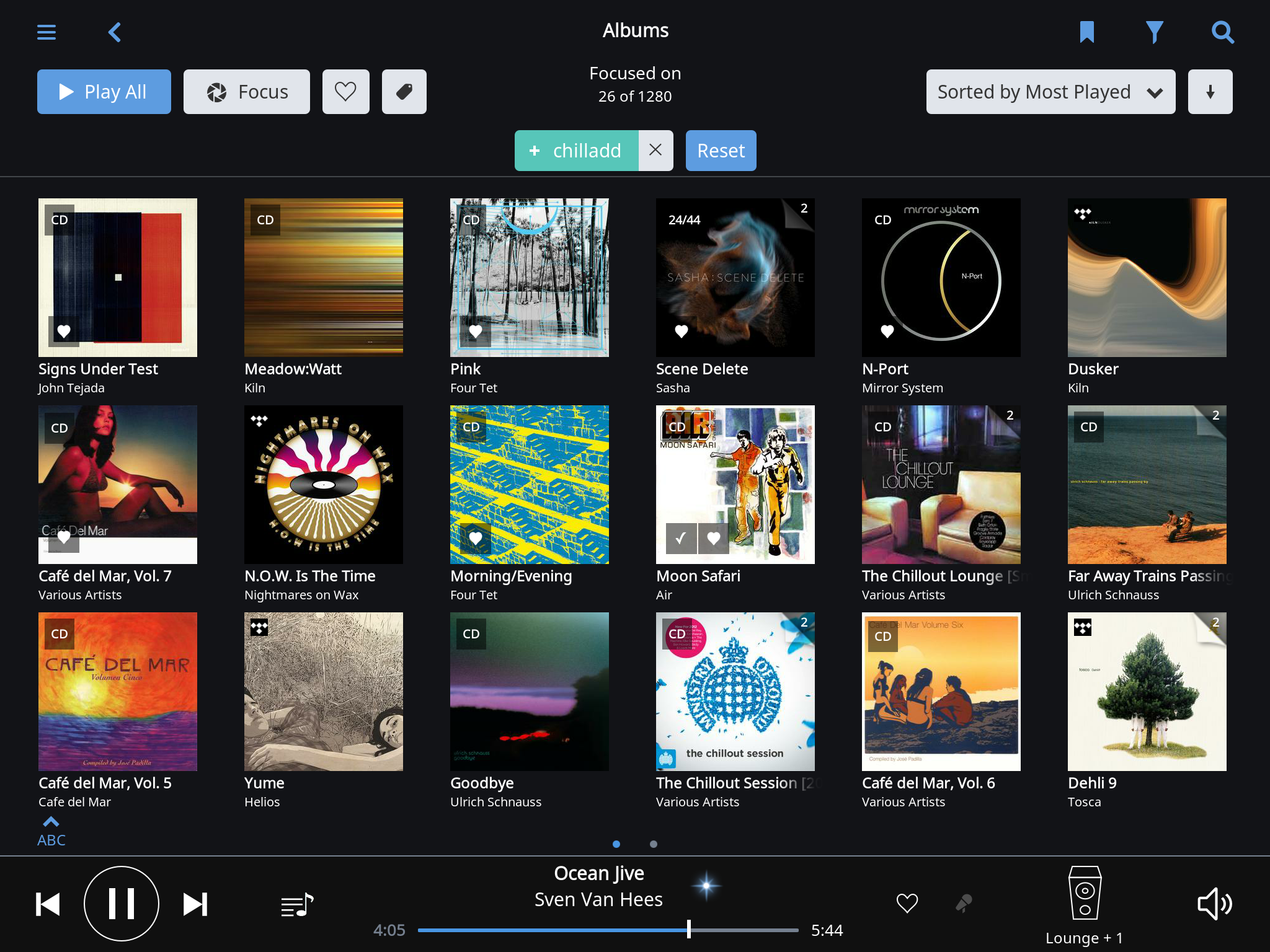 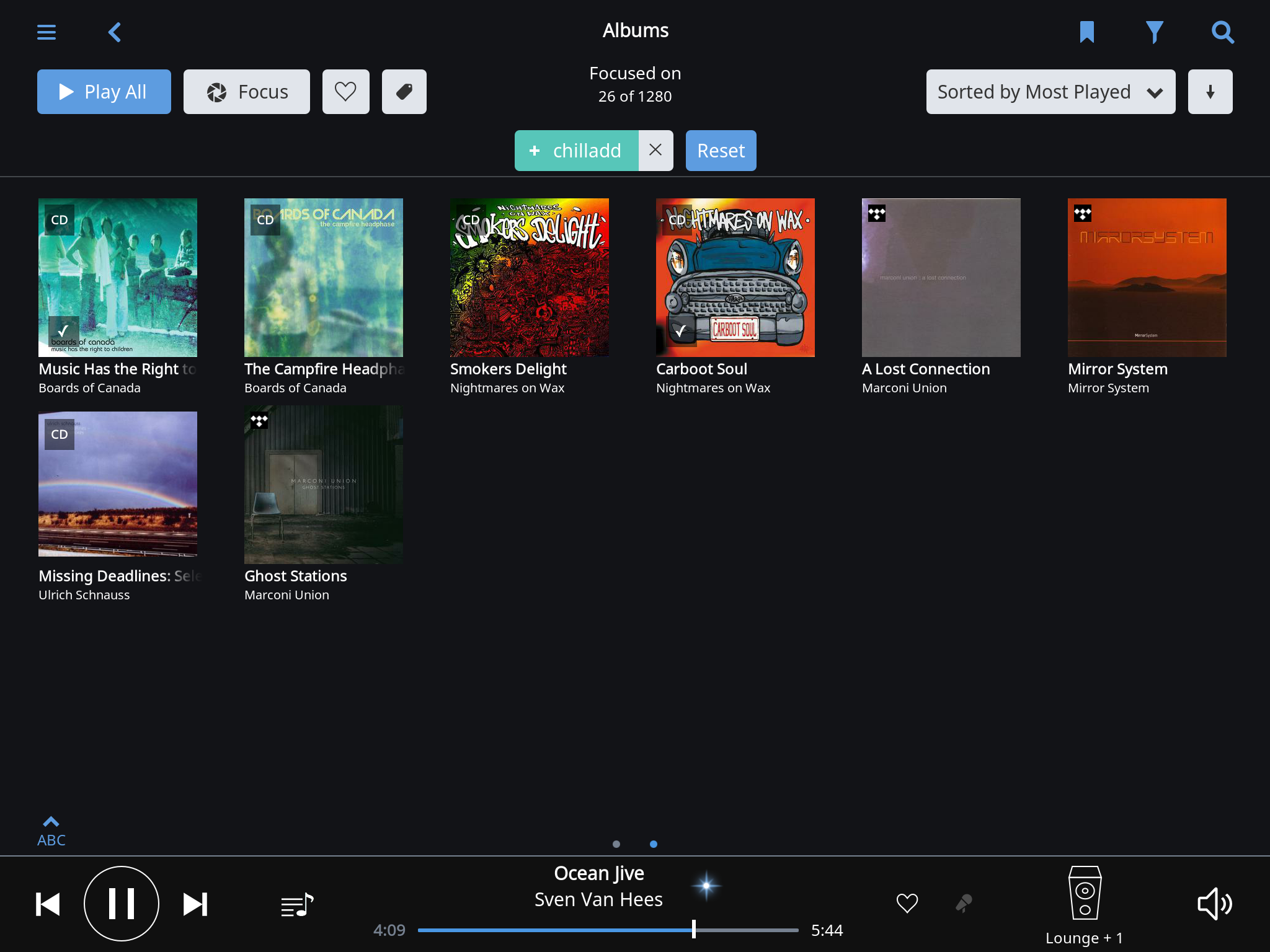 for me the definitive chillout album is K&D sessions kruder and dorfmeister, but there are so many variations and options depending on the mood

A few picked up from this list (thanks to Tidal) that I’ve really been enjoying.

Boozoo Bajou who I’d never heard of previously. Thanks whoever posted that one. Being a sucker for remixes, I also added that version and love it too (not chillout obvs)

Slowhill - Finndisc. Not my usual taste and took a bit of getting into but really like a few tracks now.

Telepopmusik was a CD I’d loaned out and lost years ago so great for the reminder.

A few others I was familiar with but listened some more and added some new albums - Thieverey Corporation (the best of ‘it takes a thief’ is my fave so far), and Flunk which I also added a great remixed album (Deconstruction Time Again). Some great tracks from that as I type.

This single topic has given the biggest bump to new music recently. Thanks to all contributions. Sublime tracks to tweak the DSP too.

No sign of the Kruder and Dorfmeister on Tidal UK so might grab a CD since it’s come up a few times.

Maybe I should start a ‘what’s your best remix’ topic!!

There is a new playlist on Tidal Parisian Underground with new parisian DJ cuts.
I think the chill crowd would enjoy
I bought a copy of Kruder #dorfmeister K&D Sessions based on this thread–good investment. 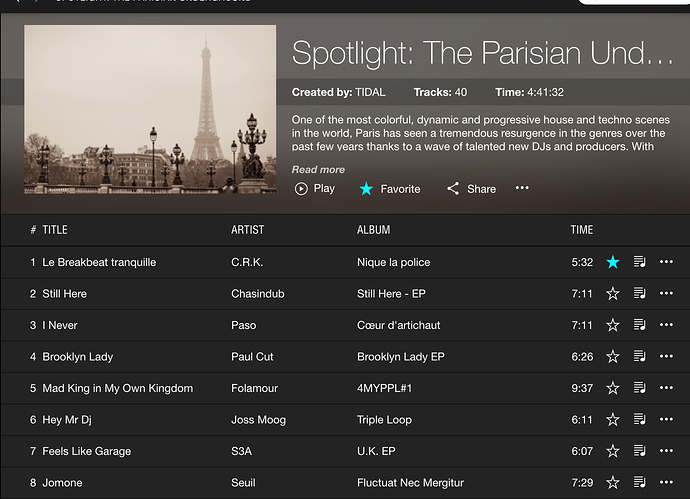 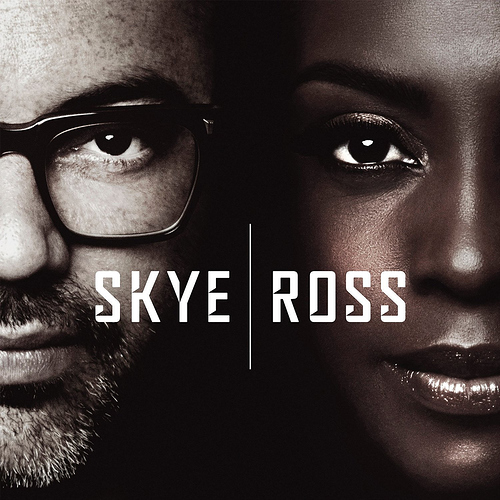 Just discovered this album from last year.
ACT label in Germany.
A chill jazz dj like set.
On Tidal 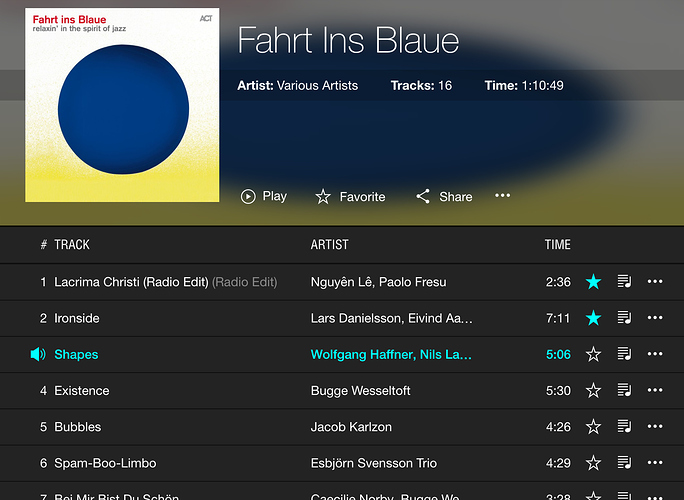 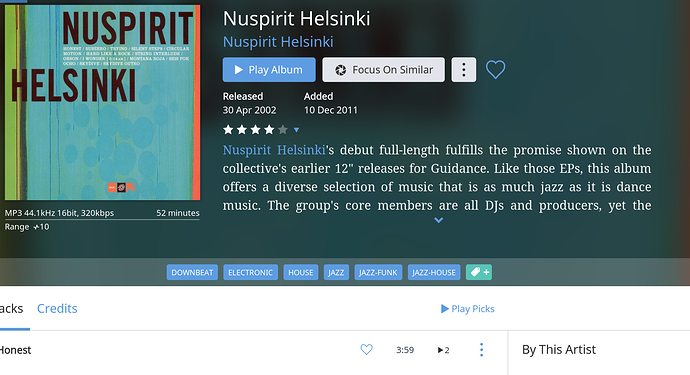